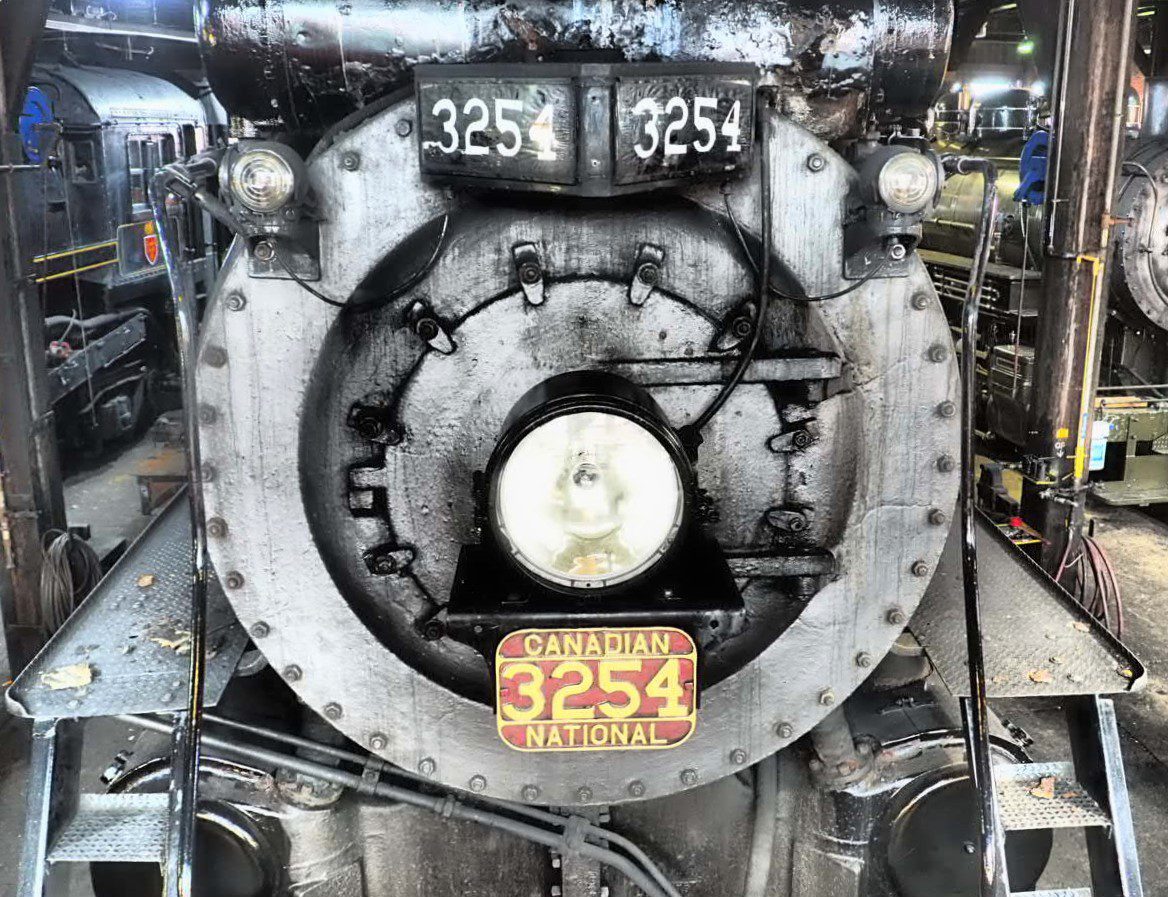 During the American Civil War (1861-65) Scranton produced much of the iron needed to fight the war as well as weaponry from the ammunition factory (which to this day produces drones for the Army).  The early Iron Ore production building is shown and is right next to the factories and the railway line.

Apparently the Station Hotel – now a wonderful Radisson hotel – was used as a Civil War morgue, after some of the battles with mass life loss elsewhere in Pennsylvania.

The building is restored and  maintained so as to celebrate the period and remind us of the era of its building. 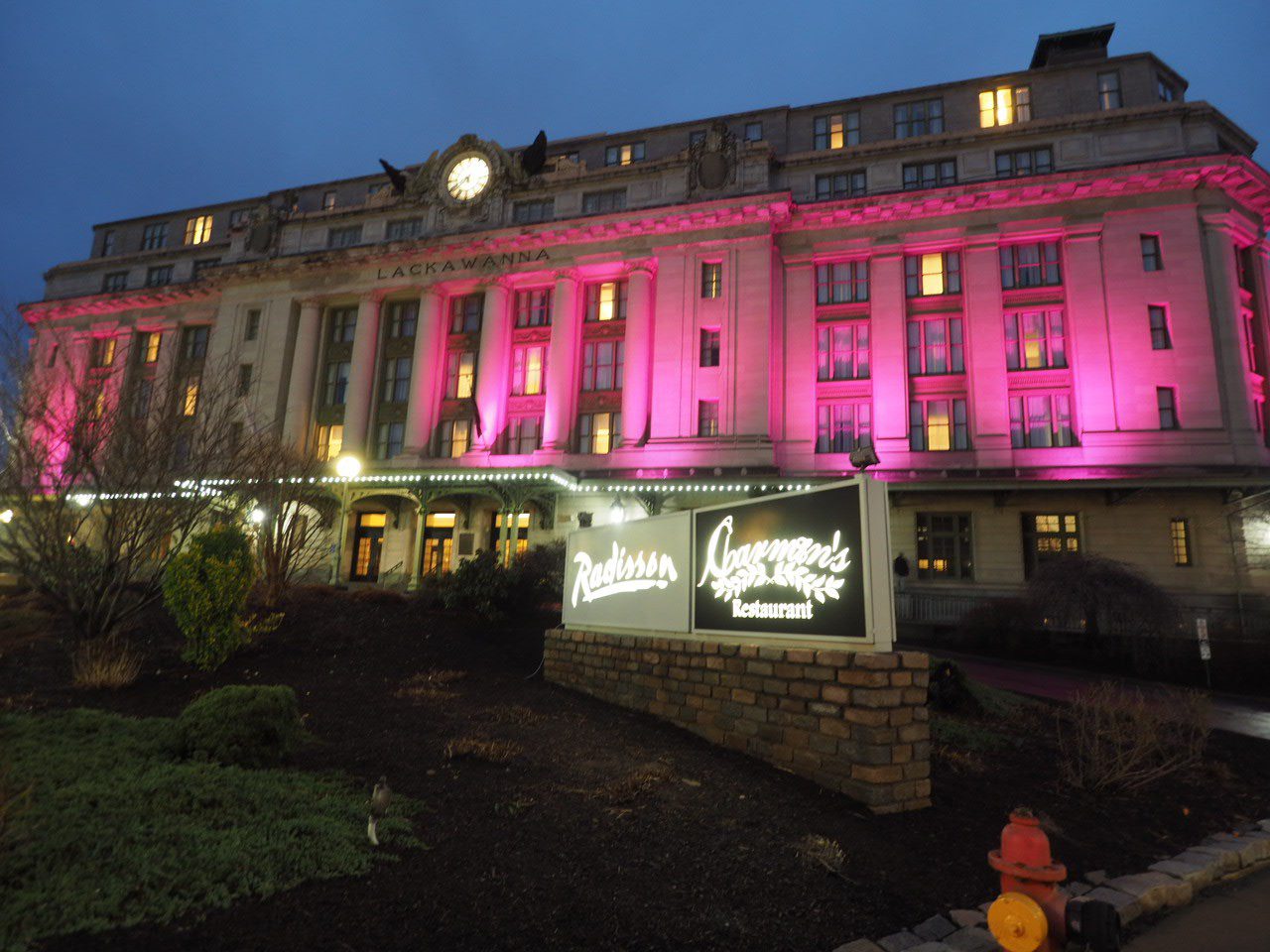 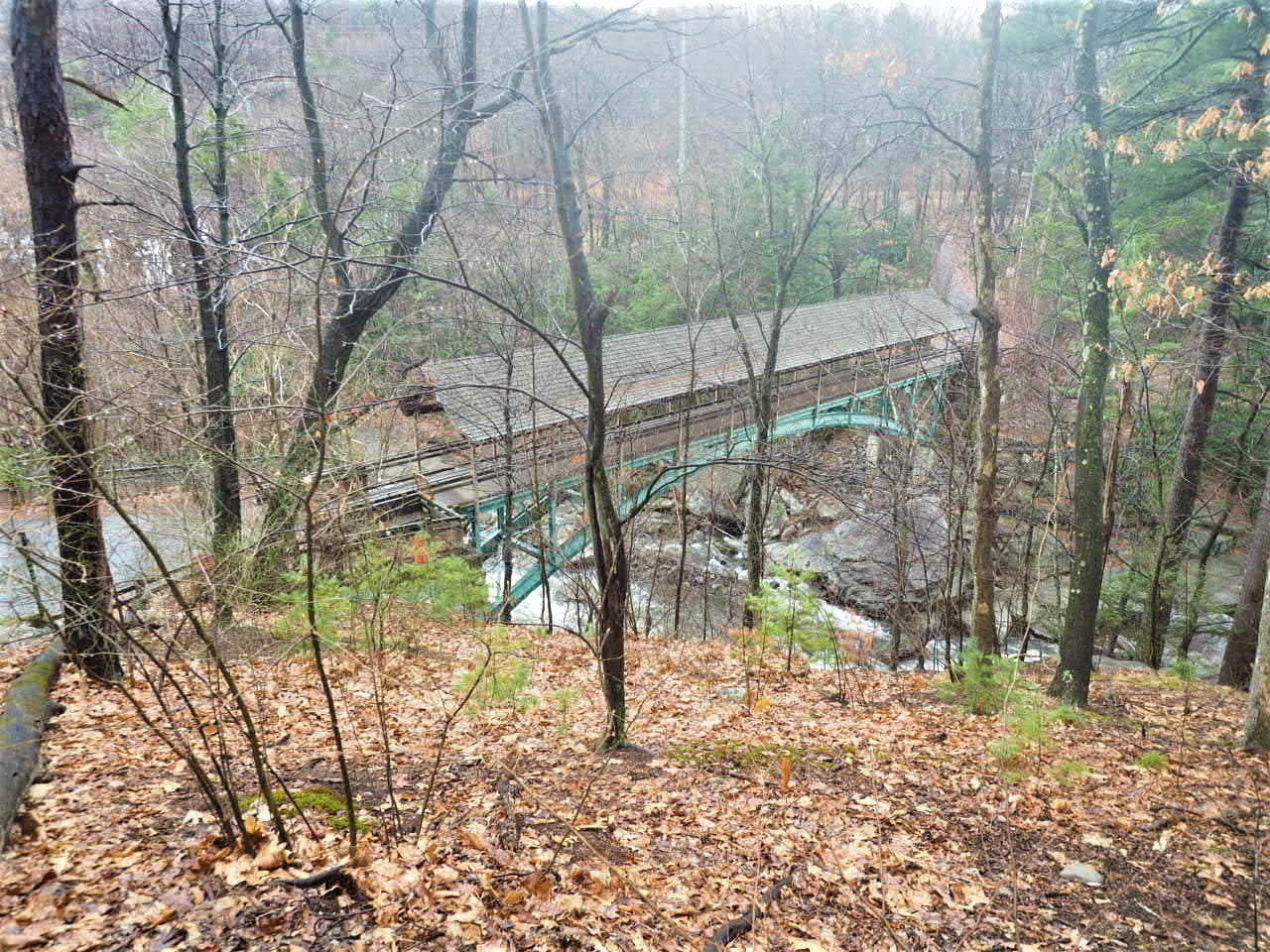 Pandemic winding down somewhat, I was fully vacinnated, no quarantine required, it was March with a dubious forecast so clearly Scranton was not going to be at the top of many folks list, other than mine.  It was no surprise that it was quiet but it was a surprise that enough was open to make it a really worthwhile visit for an amateur industrial historian. 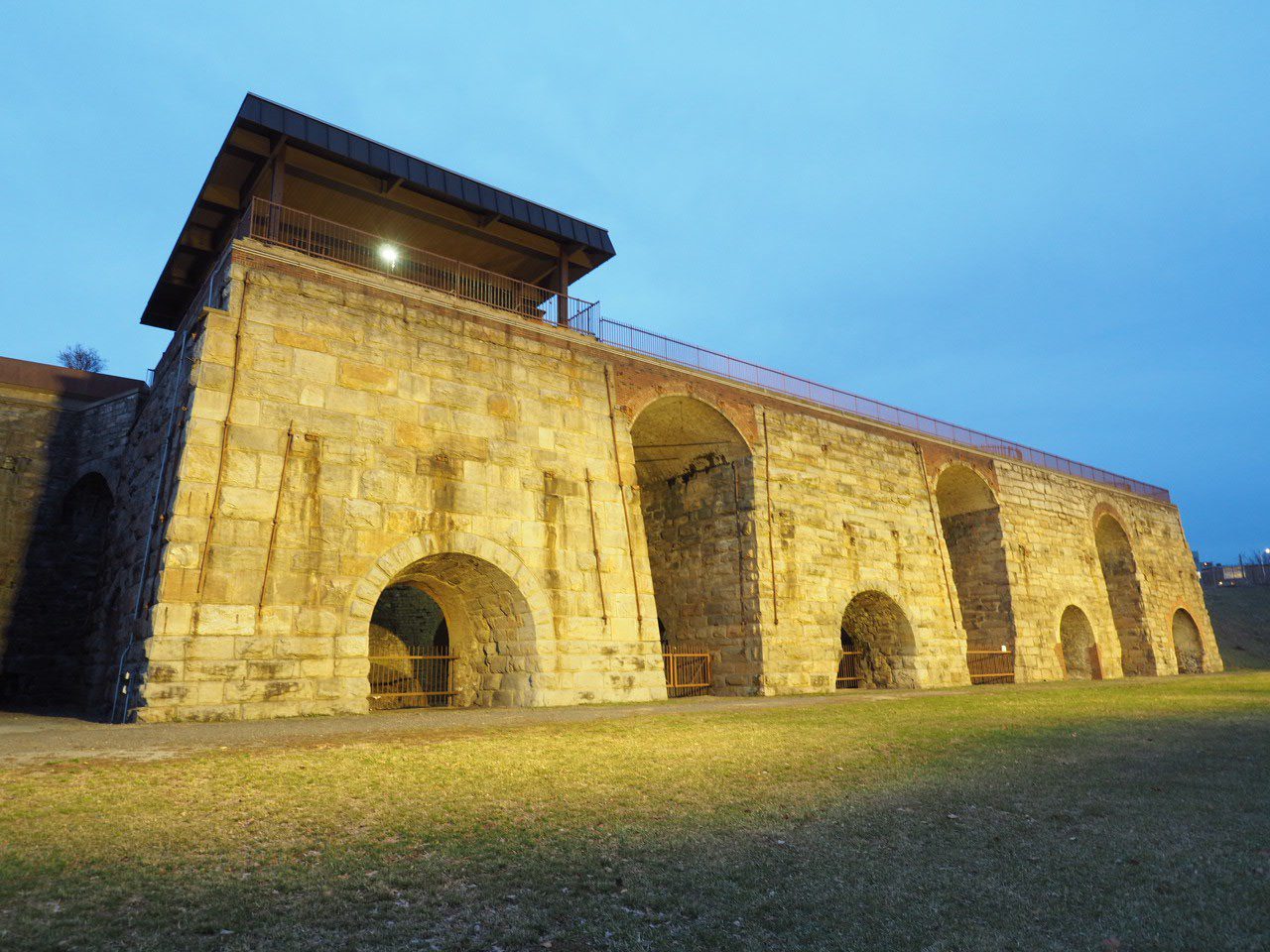 Only a few excursion trains nowadays, sad to say, but still the building completed in 1903 retains much of the character it was built with.

The interior Waiting Hall with murals all around is stunning.  Check out the massive safe in a side room.  Next to the now freight only tracks is the bar area and you can easily see that you are actually sitting on the original platform. 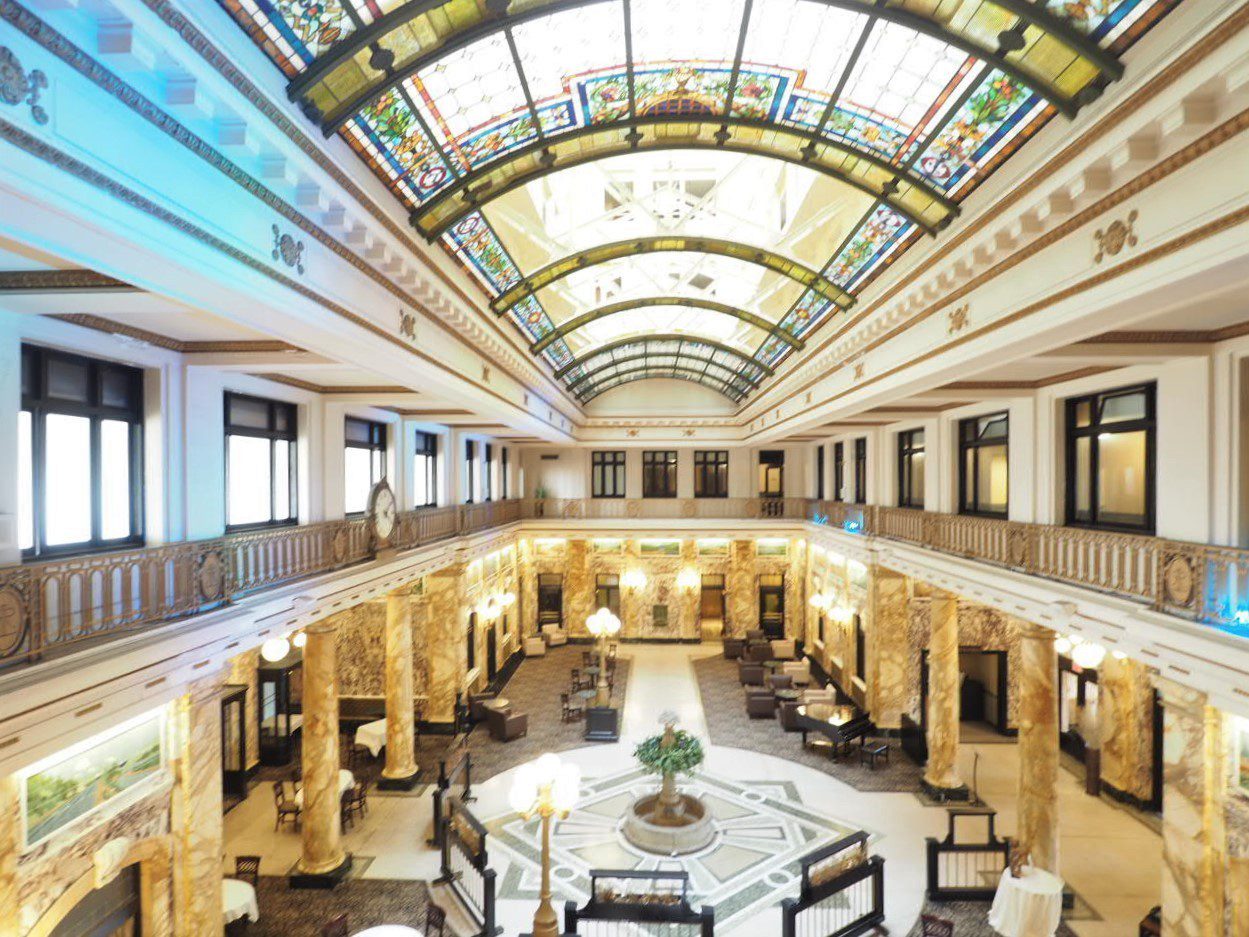 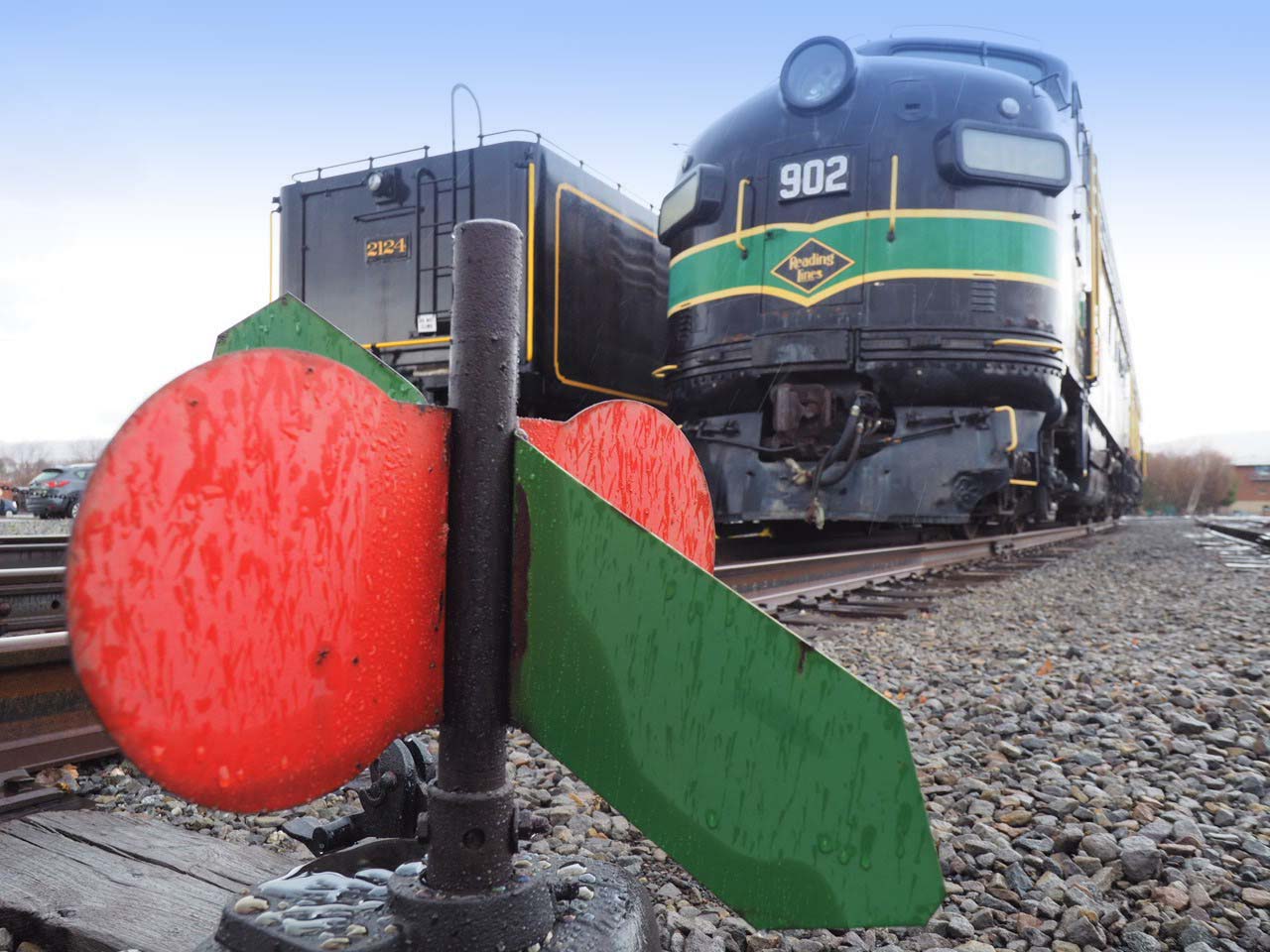 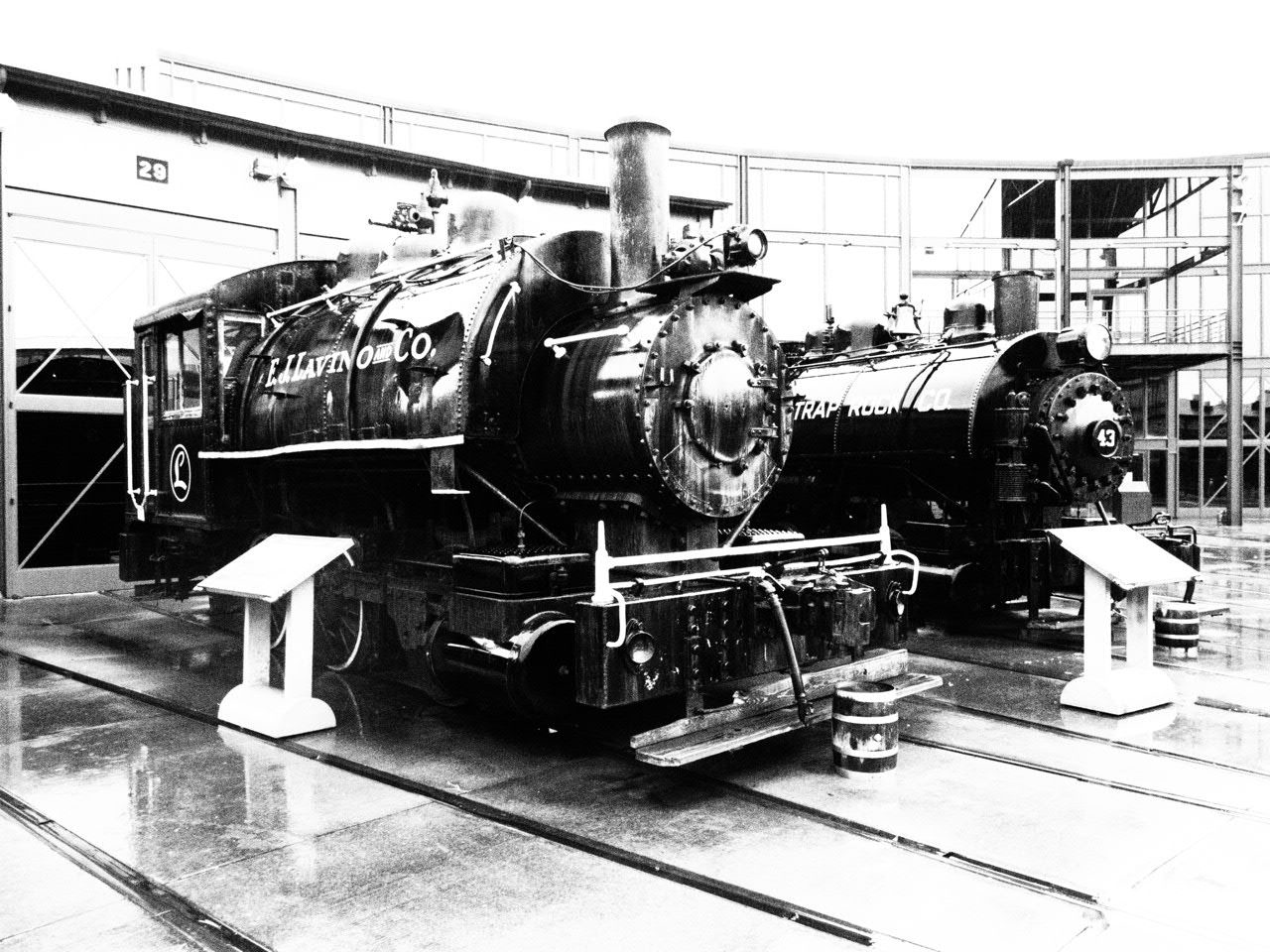 Around 15 miles north of Scranton is a structure so marveled when it was built (started in 1913) the iconic figures of the time made the not insignificant effort to visit – Thomas Edison, Henry Ford and President Theodore Roosevelt.  The Tunkhannock Viaduct is the largest concrete feature in the world apparently and quite a sight it is too.   Given the booming industry in the early 1900’s and the sums of money available this viaduct enabled an important railway ‘shortcut’ – all of 3.6 miles. 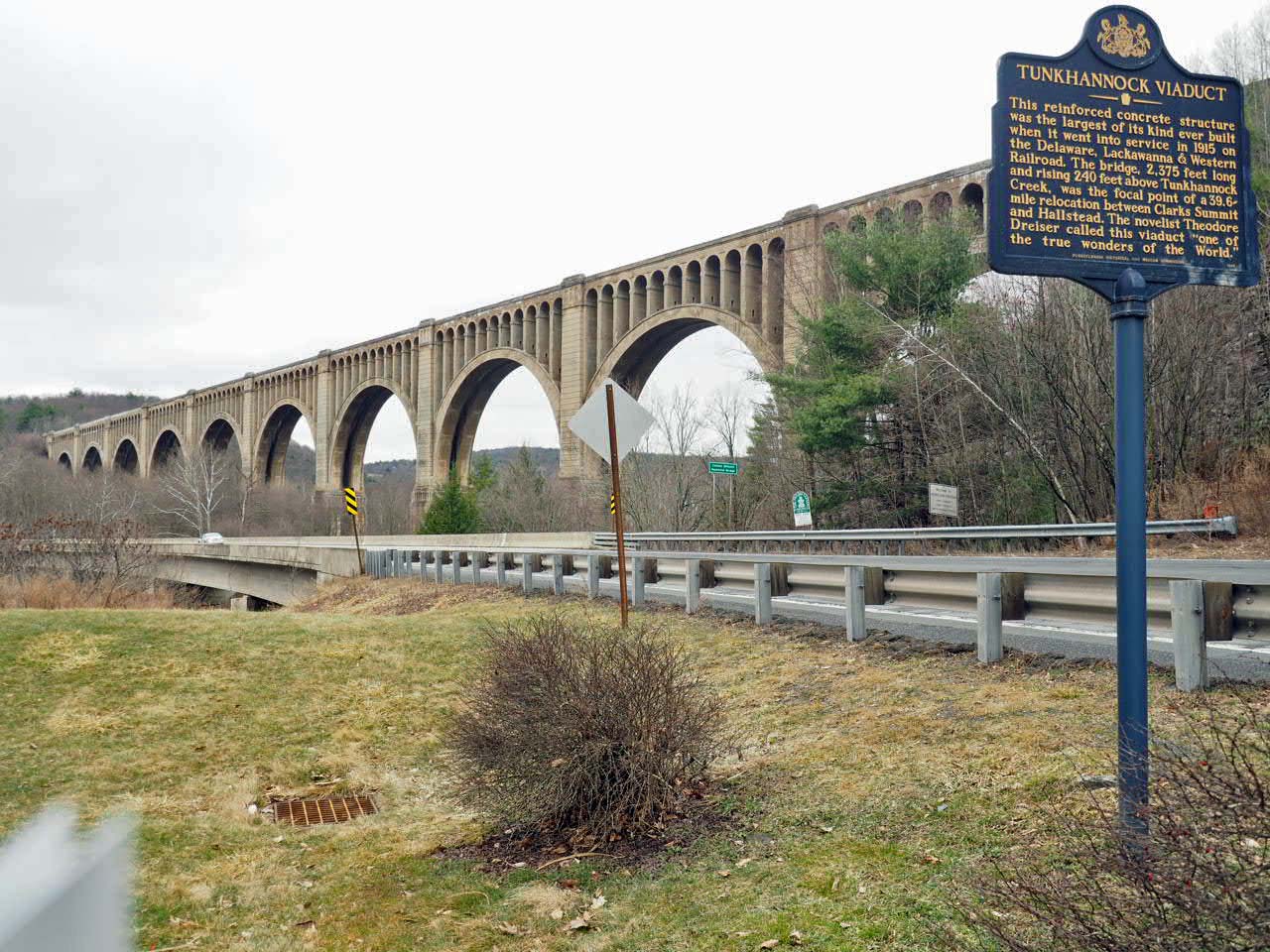 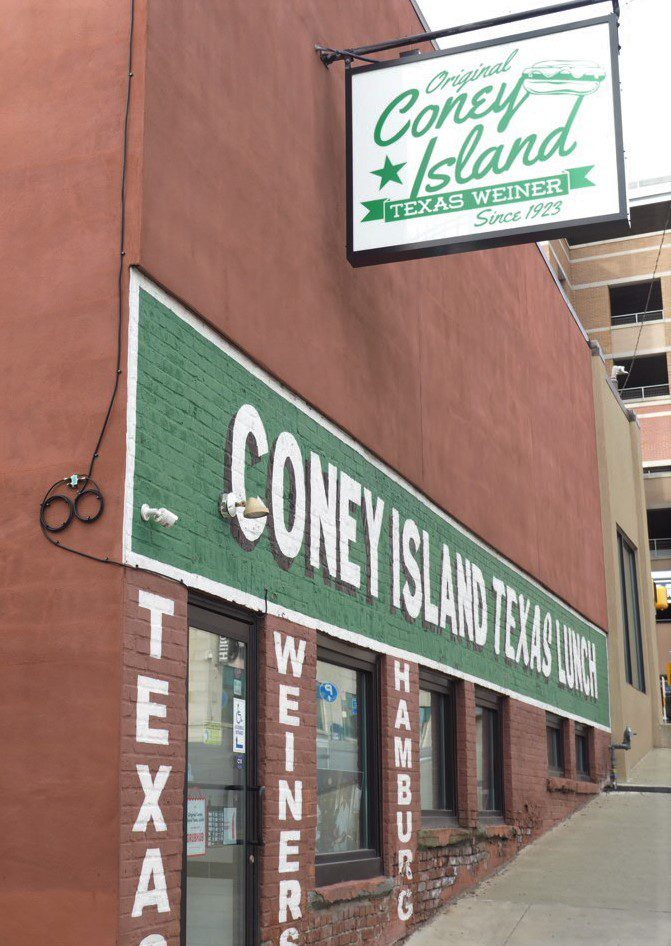 So buoyant  were the boom times that when in 1923 there were family feuds over a restaurant each party opened there own Texas Wiener Restaurant 50 yards apart.  They are there to this day. 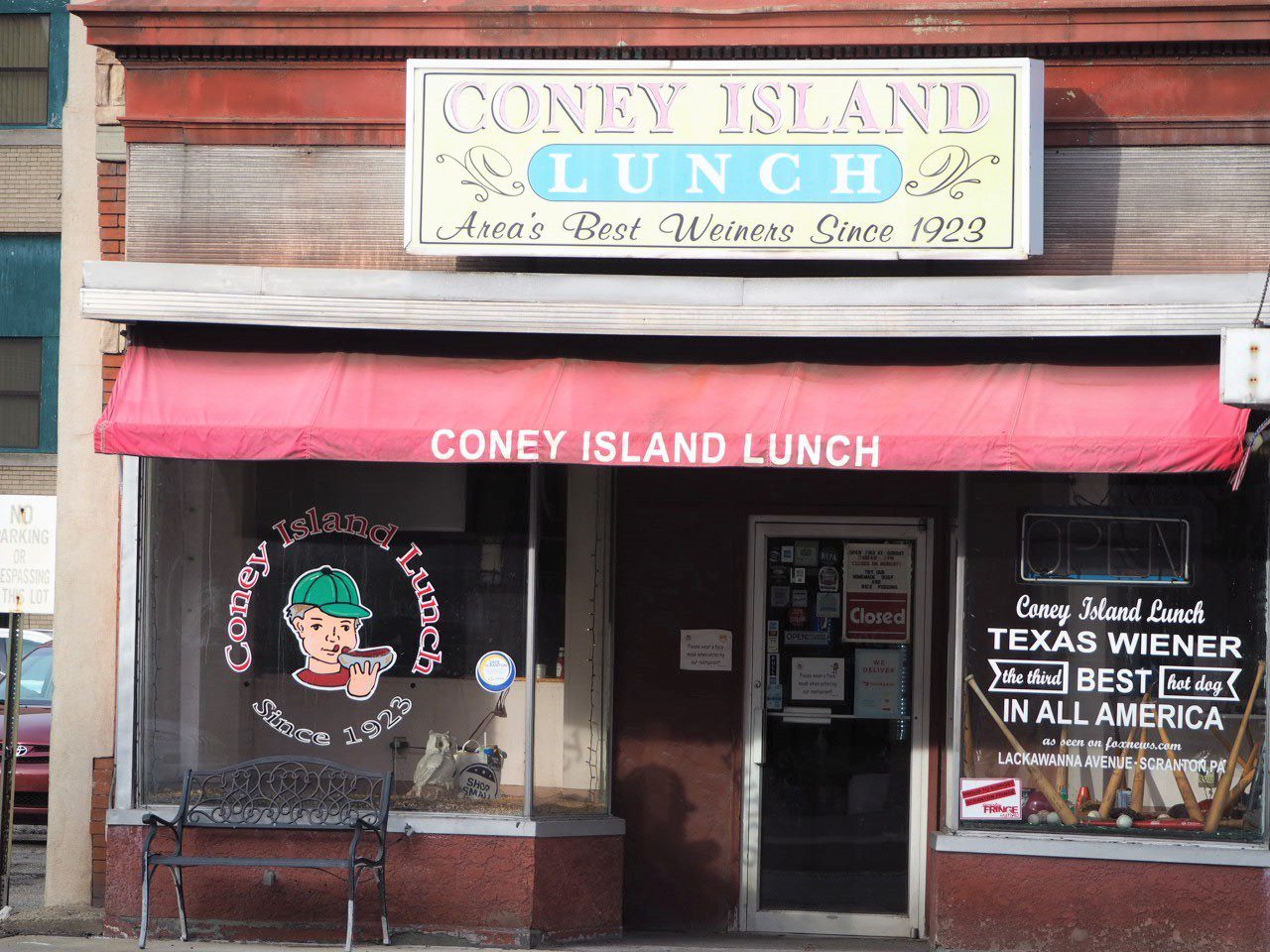 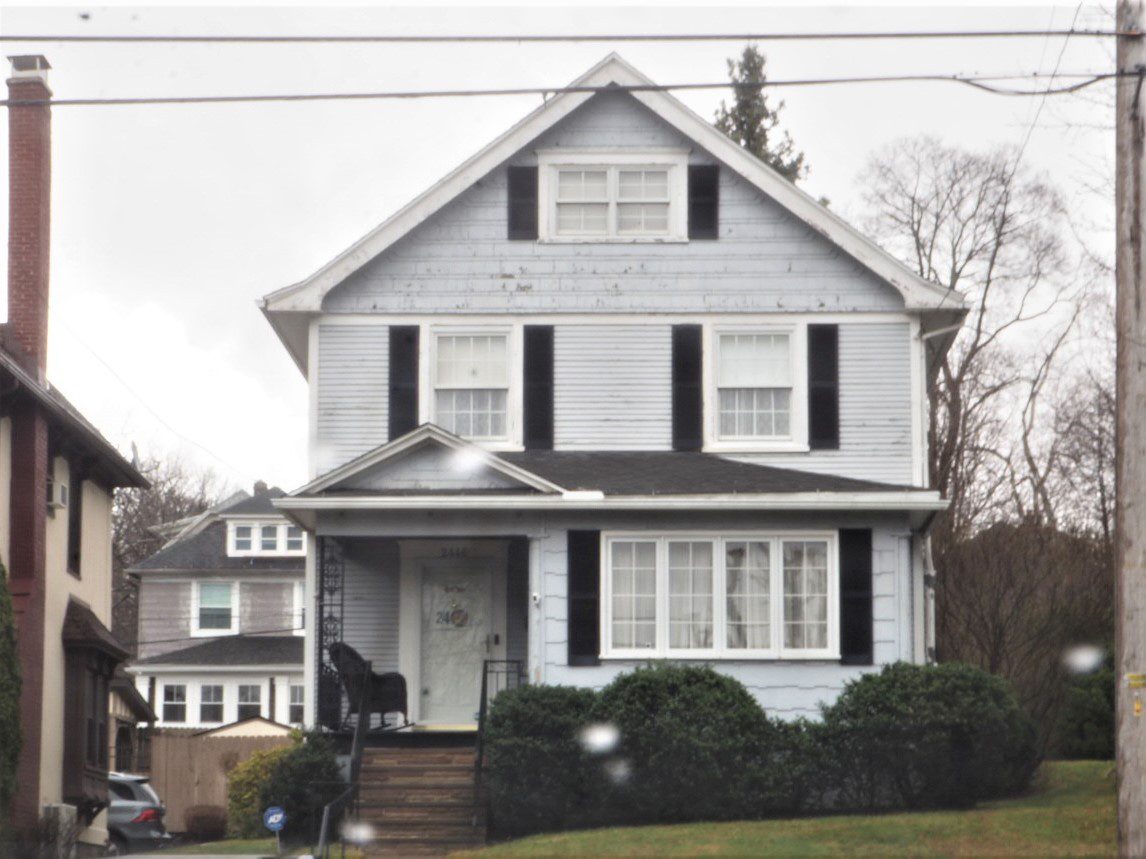 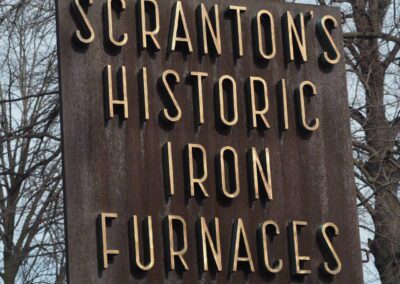 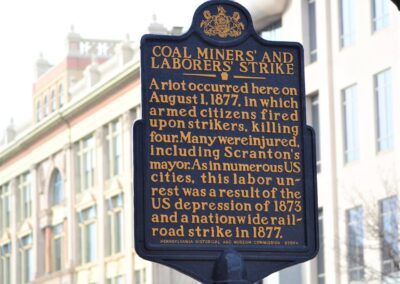 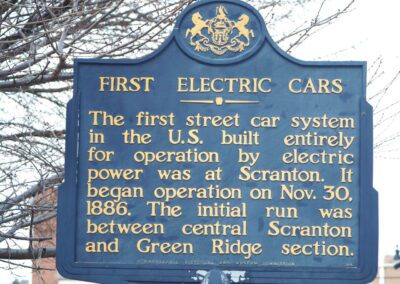 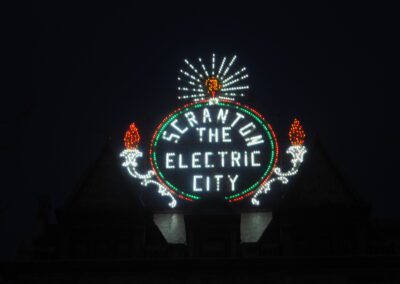 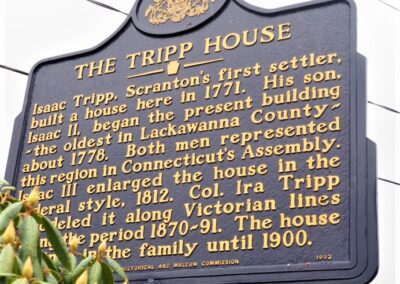 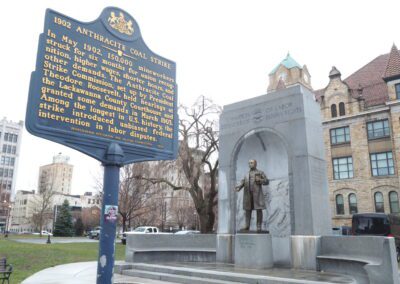 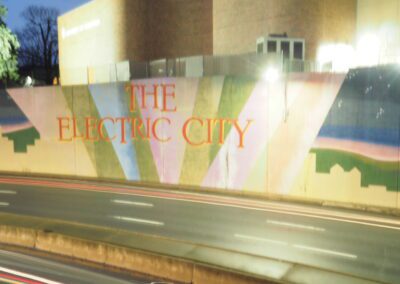 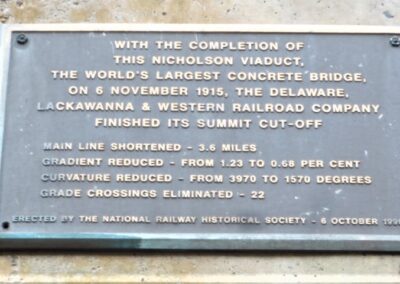