The Palace Hotels Of Egypt

Egypt being a fascinating country with a remarkable history, an important colonial outpost, a trading and communications center, it is unsurprising that Egypt was a very early and important destination for wealthy folk from Britain, the USA, France and Italy.

To cater for this elite a series of grand hotels emerged.  Three in particular, still in operation, wonderfully reflect this era.

The Winter Palace, set on the East Bank of The Nile in Luxor hosted one of the most notable events of the early 20th century and by 1923 was perhaps the most famous hotel in the world.  It is still directly associated with this global event.

The Winter Palace hotel had opened in January 1907 and it is surprising to note that, even by then, well before ease of transportation from Europe, there were already several other hotels in Luxor.  The Winter Palace though, was designed to cater to the more ‘discerning’ (in this case that just means wealthy!) European visitor.  One of the partners at the time was the early travel company – Thomas Cooke & Sons.  It was an immediate success and often fully booked by ‘splendid specimens of young Englishmen’, according to Douglas Sladen a writer of the time. 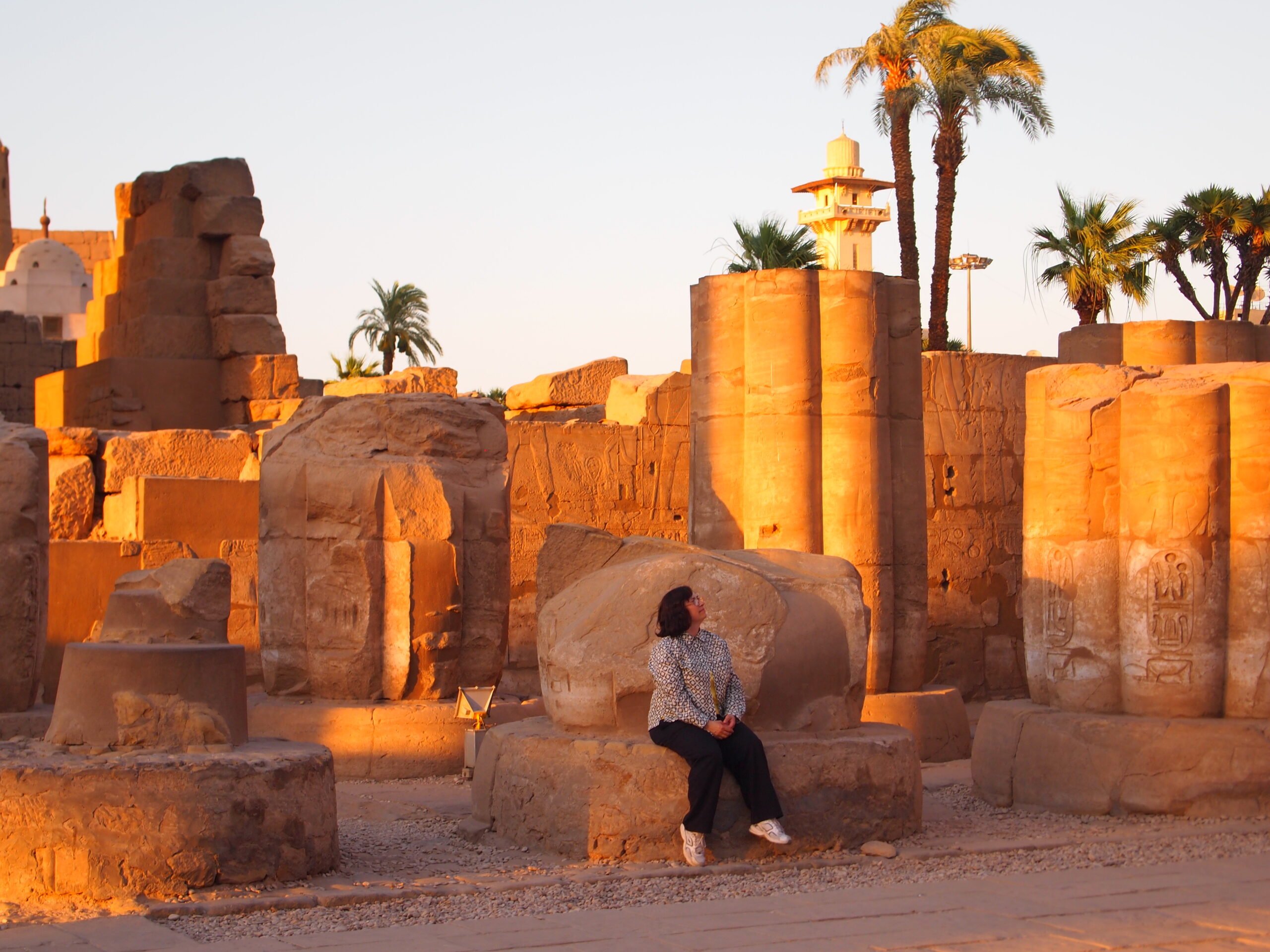 One such well heeled Englishman was Lord Carnarvon who was also wealthy enough to be able to pursue his interest in excavating Egyptian antiquities and employed archaeologists.  One such expert was the American Howard Carter who in November 1922 discovered a staircase leading to a tomb.   He immediately cabled his sponsor, Lord Carnarvon, back in England, who immediately set off on the boat, train, donkey to Luxor, and the Winter Palace!

Thus it was that on the steps of the Winter Palace entrance, the world was told about the finding of Tutankamun’s Tomb.  The hotels place in history was assured.

(A sad footnote to the story is that in the March Lord Carnarvon was bitten, likely by a mosquito and took ill.  He went to Cairo for treatment and died on 5th April 1923.

Today, well preserved the Winter Palace is a ‘must visit’ when in Luxor, whether to stay or at least to ‘take Tea’. 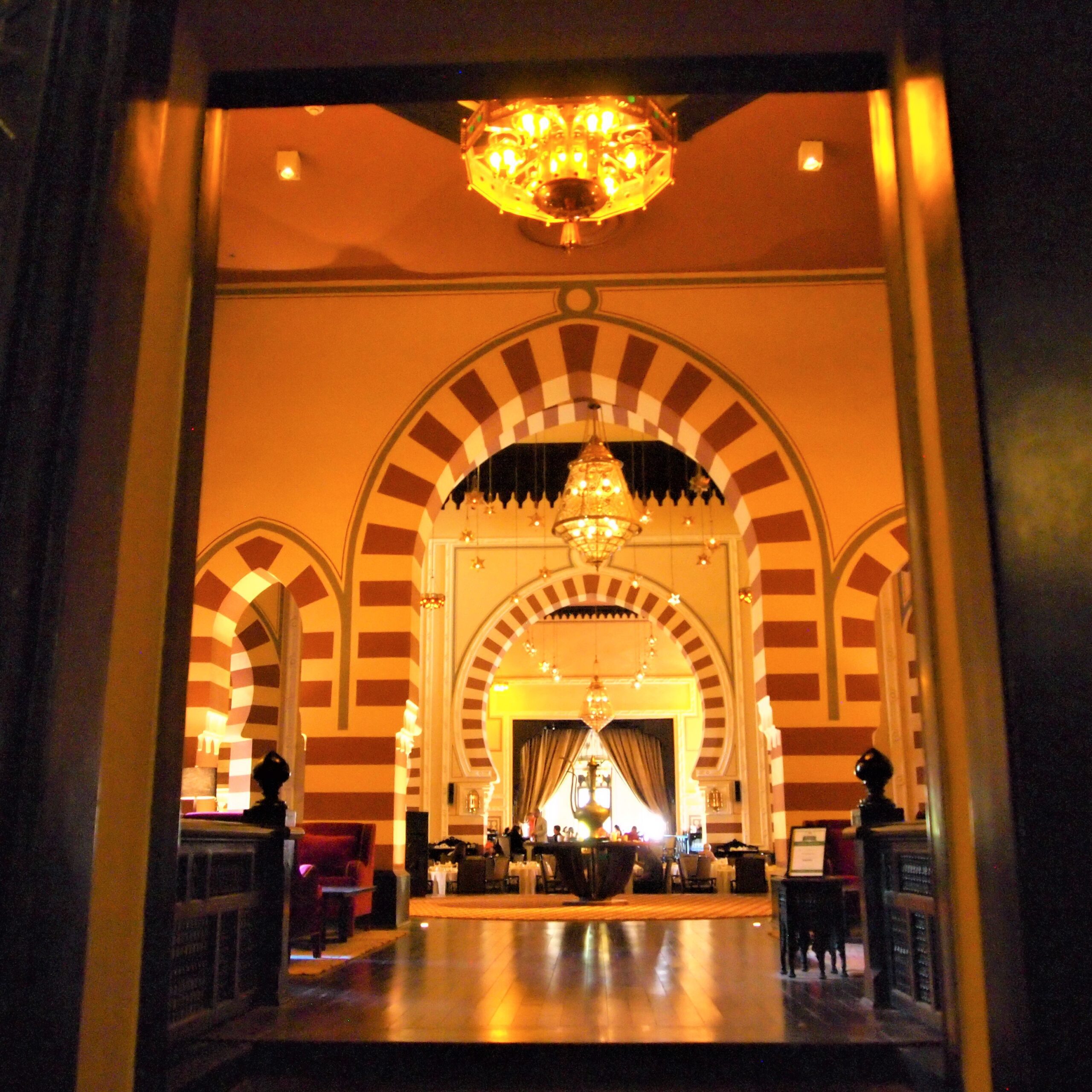 As in Luxor, but it still seems remarkable to me, that back in 1899 a dusty  town such as Aswan already supported several hotels and a market was seen for a grand one.   Aswan, must then, as it does now, have had the feel of a real frontier town before heading south across desert towards The Sudan.

Tourism was though beginning to boom and Nile Steamers becoming ever more numerous.  The Cataract, designed by the same man who designed the Mena House soon became popular and also became the center of the social scene of Aswan – apparently with croquet, donkey races and bridge parties. 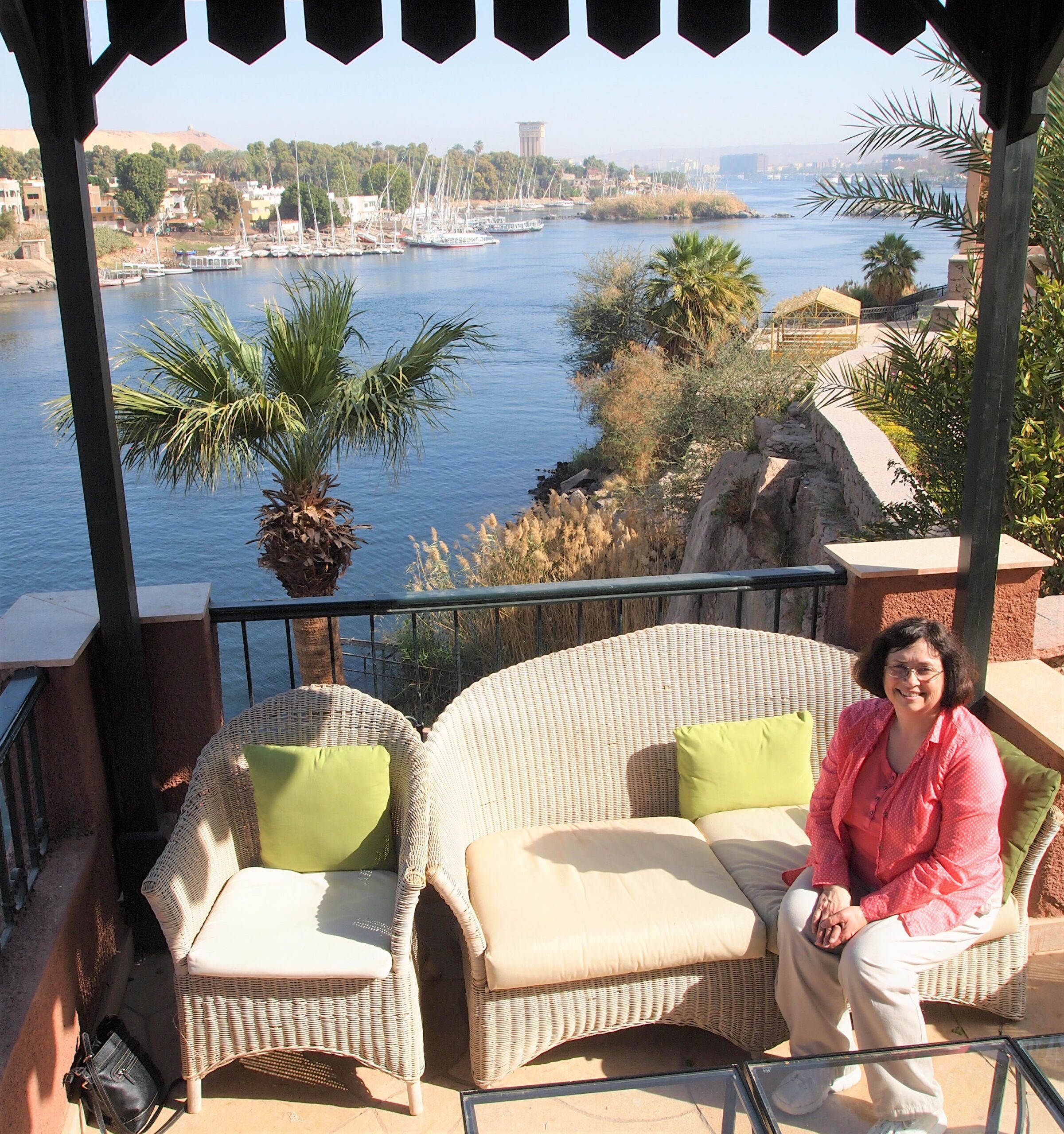 A highlight was ‘tea’ on the vast veranda at the back of the hotel overlooking The Nile.  Today it is still the highlight and worth tarrying a while there if you can.  The view across the Nile, its islands, towards the western sandy bank, where the great Sahara begins, provides real atmosphere in the dry warm evenings.

It was this sort of setting and atmosphere which led to Agatha Christie setting part of her famous book ‘Death on the Nile’ there.  She had visited around 1910 as a society ‘debutante’ and came back with her family in 1933.   Whether she actually wrote any of it in the hotel is in doubt though.   The 1960’s film was in part set in and around the hotel.

Like the other palace hotel’s The Cataract has had a wealth of famous visitors, the Aga Kahn, King Farouk, Princess Diana, President Mitterand to name but a few.  Some of their photos are displayed in the corridors. 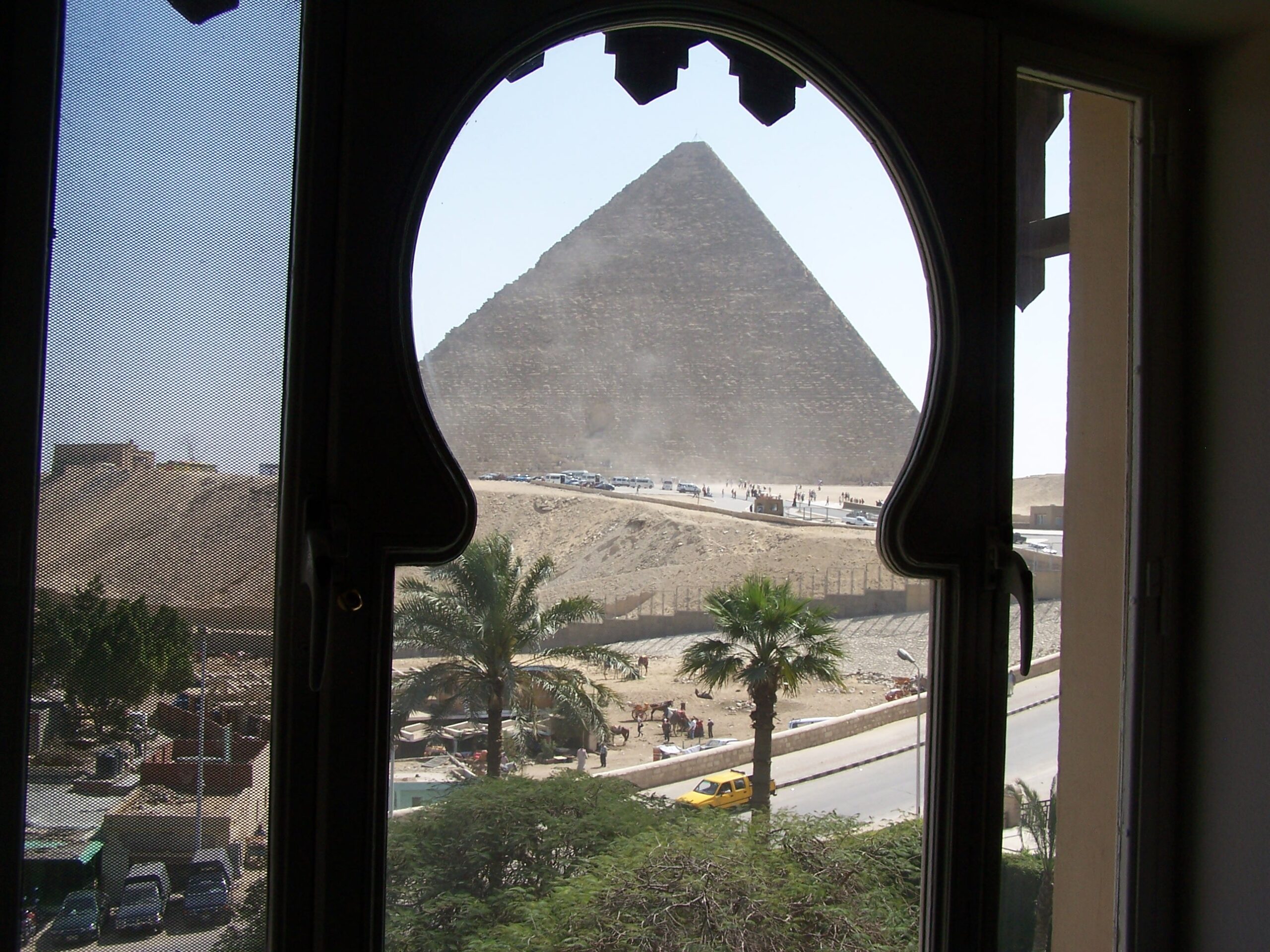 The Mena House opened its doors to guests in 1886 with 80 guest rooms at that point.  Built very close to the Pyramids it also faced south giving it a great view of them.  It should be noted that at that time most buildings would face north to give protection from Egypt’s ever shining sun.  Designed by an English architect, Henri Favarger, there has always been some controversy about some of the stone used to build it which is said to have come from and been part of the Pyramids.  Some in defense say it was left over rubble!

Many early guests came, of course, to see one of the Seven Wonders Of The World from their bedrooms, but some came for health reasons, the hot dry air said to be good for lung illnesses.  One such ‘patient’ was Sir Arthur Conan Doyle (creator of Sherlock Holmes) and his wife who had tuberculosis in 1895. 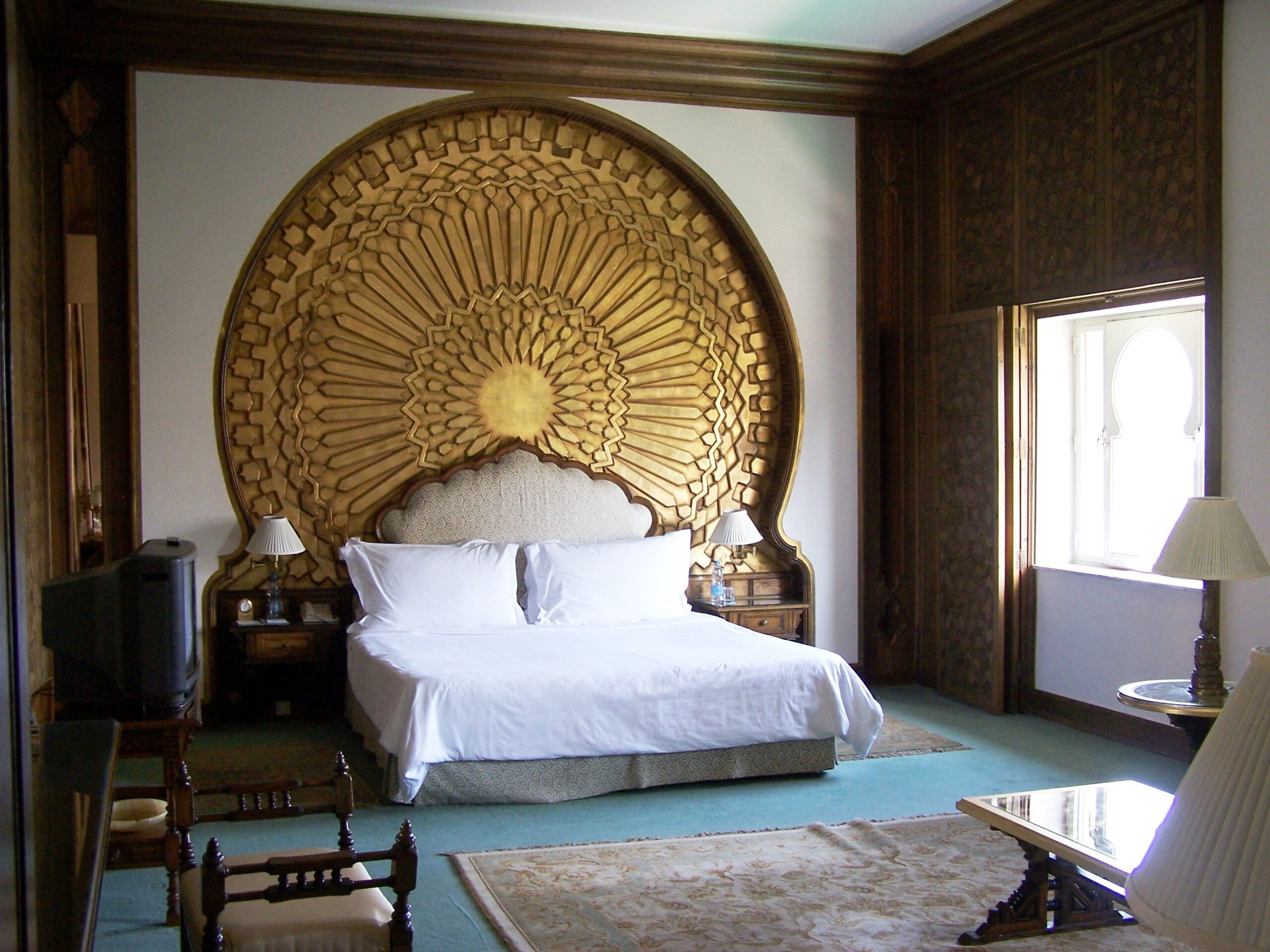 The Mena House hotel played its part during WW1.   At one point an Australian Horse Brigade used the nearby grounds and the hotel facilities.   Apparently early on in WW1 the Australians had quite a boisterous time, but later it became a hospital and received many from the tragic engagement that was Gallipoli.

During WW2 it became the center of the exiled King of Greece and his government.  Towards the end of the war, Roosevelt, Churchill, Chiang Kai Shek, visited as the Cairo Declaration was agreed there.

In the years following WW2 a list too many to relate, of royalty, celebritiespolitians and movie stars have visited the Mena House, but one that caught my eye was that it was the initial setting for the Camp David Agreement in 1979 involving President Carter, Anwar Sadat and Menuchin Begin.   Ask and you can find the room where this particular bit of history took place.