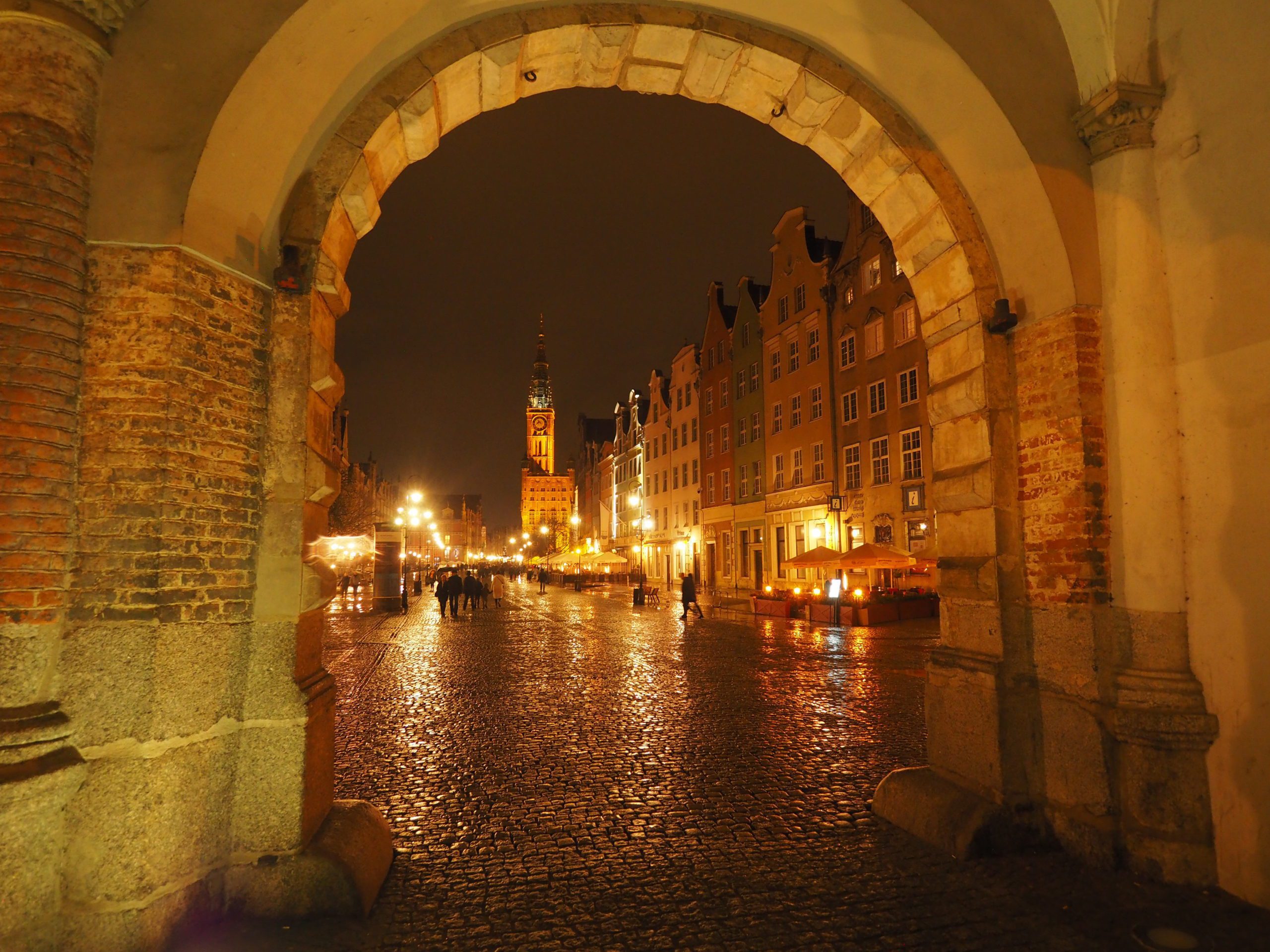 Contender for the Prettiest City in Europe

Over the years I’d learnt about Gdansk (or the Free State of Danzig as it was in the years between the two World Wars) and was curious to see more.  My research began to indicate that to visit all the interesting sights, museums, and the Tri City towns of Sopot and Gydnia I’d need rather more time than I had available.  So I focused on three aspects: the Old Town of Gdansk, The Ship Yards and the new World War 2 Museum.

Gdansk, or Danzig as it was formerly known was one of the most important trading ports of the Hanseatic League.  The picture shows a painting of Danzig in the 1500’s. 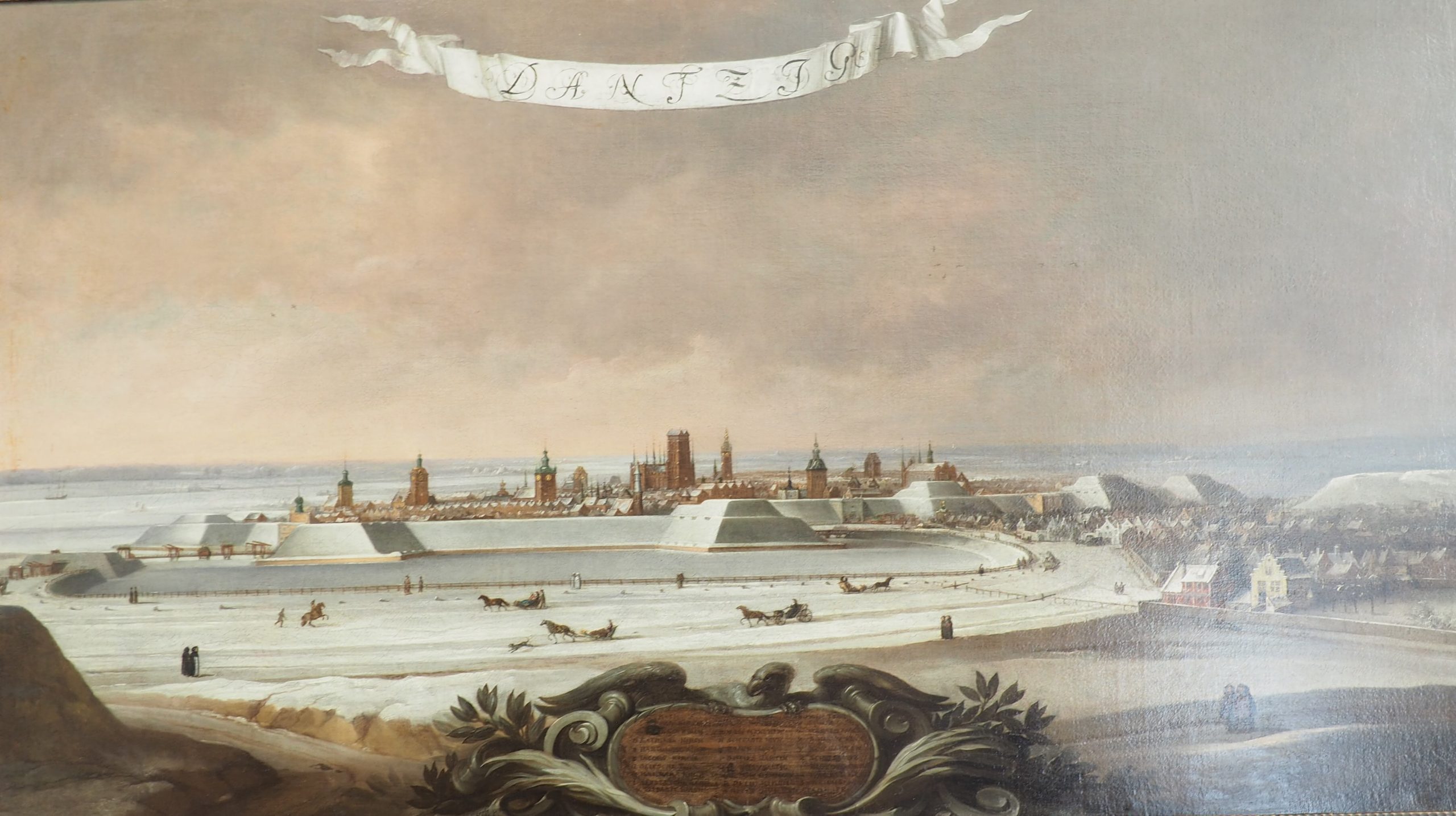 I had been in Berlin for a few days business and not wanting to go all that way and not explore unknown parts a little more, I set off on a typically, northern European spring day (ie damp, dreary and low cloud) from Berlin Hauptbahnhof, changing in Pozan and arriving in the afternoon in Gdansk, Poland. 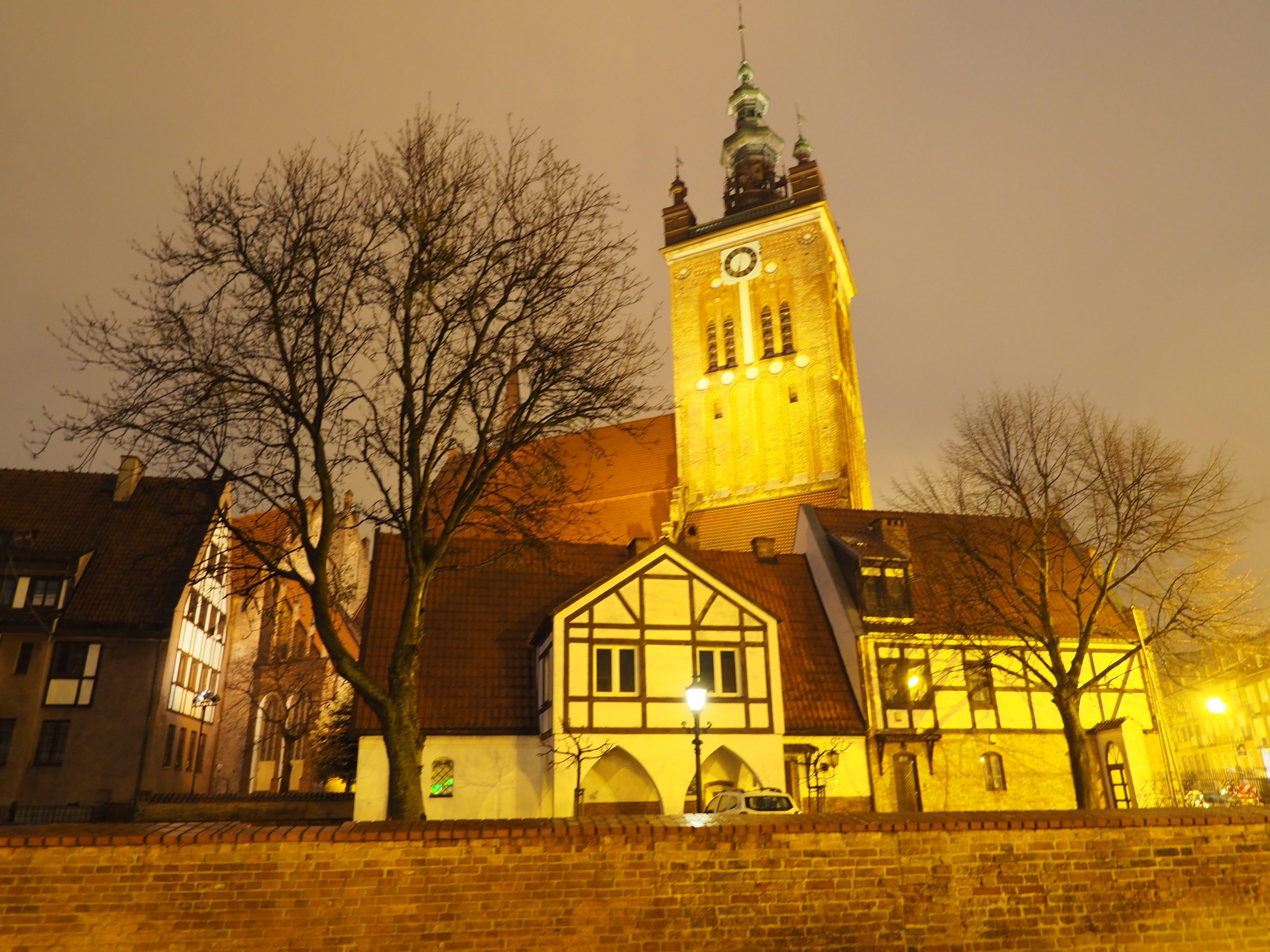 A Wealthy Medieval City – and it Still Shows!

Gdansk was a very important Hanseatic Medieval trading port and the distinctive waterfront ‘Gdansk Crane’ is physical evidence of this.  Clearly it was for centuries thereafter a well to do and wealthy area with silversmiths and amber trading adding to the economic power. 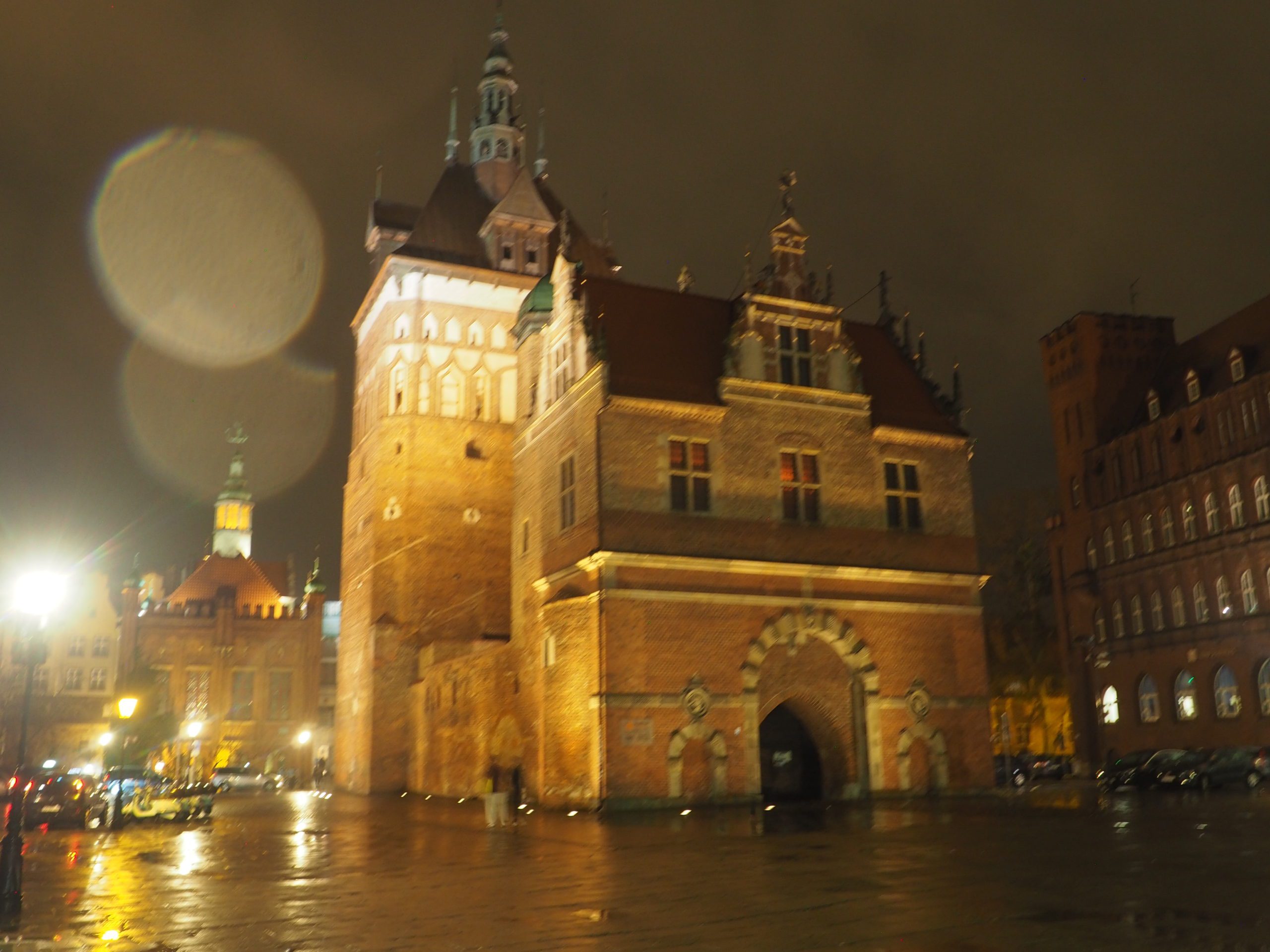 The city largely survived the various transitions of Polish, Prussia, Russian power until the end of World War 2 when large parts of the city were levelled, largely during the Russian advance towards Berlin.

The Town Hall Museum talks about the restoration efforts which have proved stunning in their quality and quantity.  The street of Dlugi  is rightly a contender for the ‘Most Beautiful Street in Europe’ but it is more than just that one street.  Much more.  Parallel there are several restored streets, which house several brick churches, being the largest brick built ones in Europe too.   There is a lively Market Hall (where you can buy any form of Polish cured meat it seems!).  The old town boasts some of the largest brick built churches in the world. 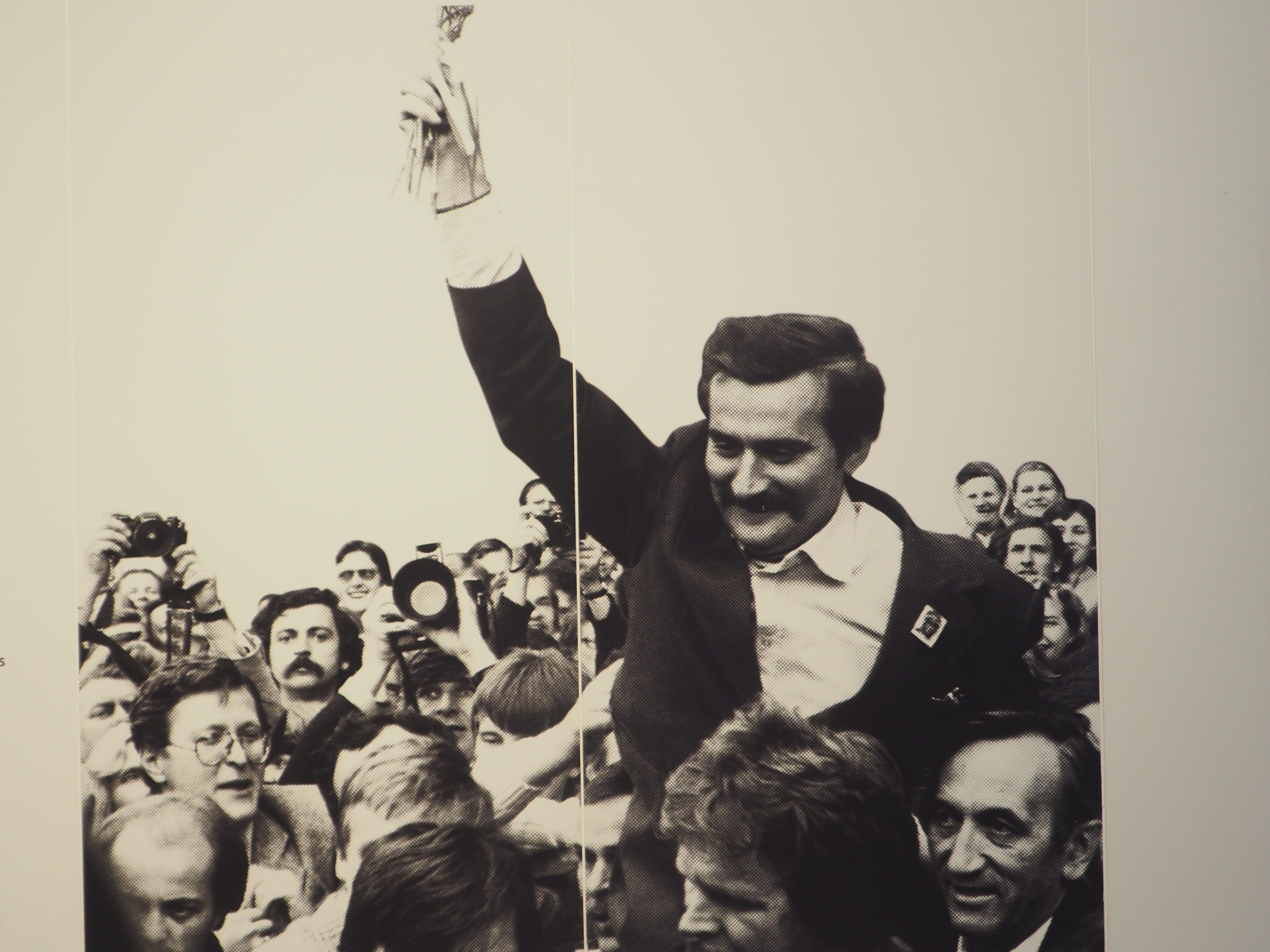 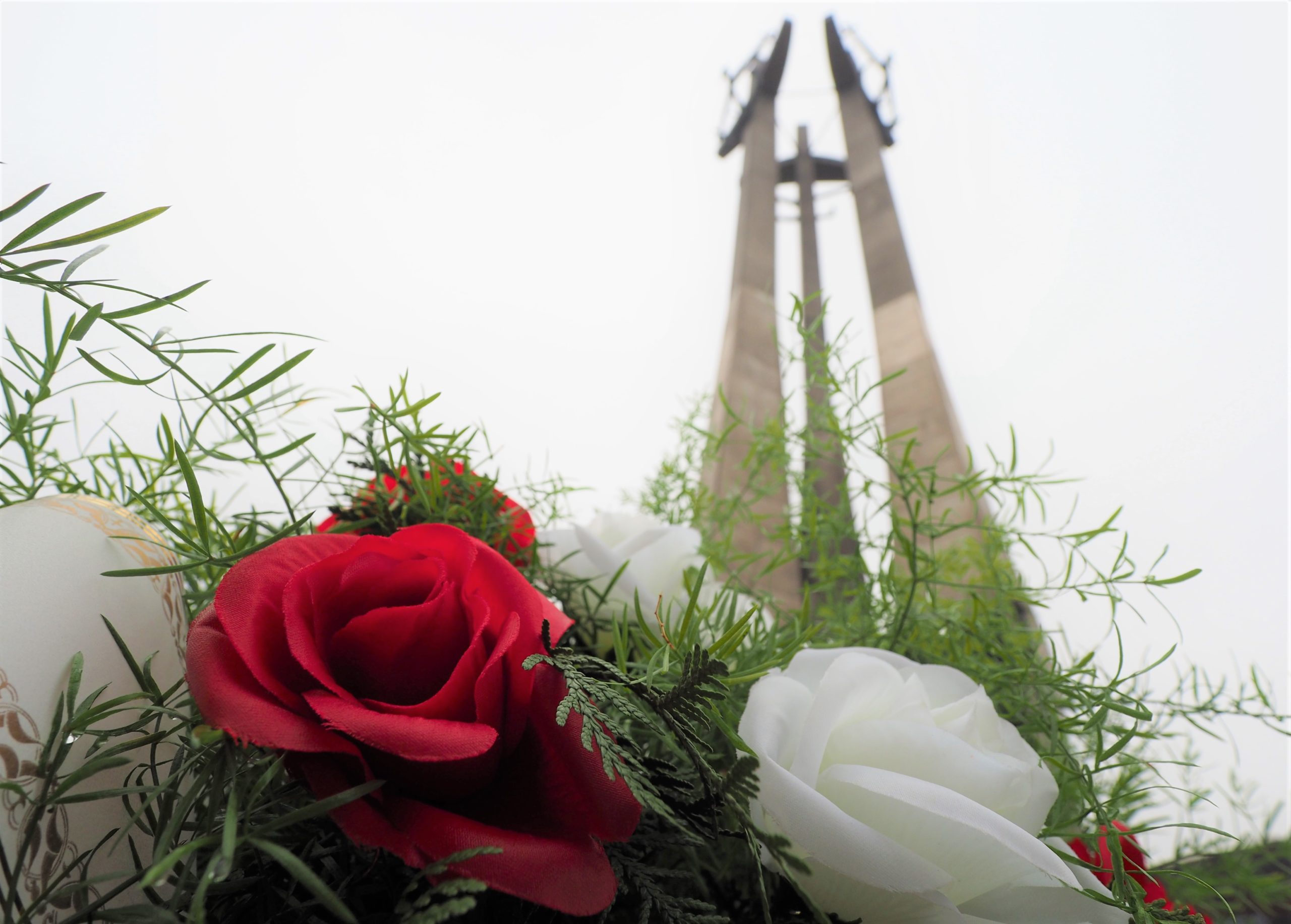 I spent 4-5 hours at the star attraction for me which is called the European Solidarity Centre and it is one of the best illustrated and guided museums I have ever been to.   All set in the Ship Yards after you enter the Gate No. 2, where lots of the demonstrations took place.

We tend to (or I did anyway) relate Lech Walesa and Solidarity mainly with the run up to the eventual collapse of the Berlin Wall in 1989 and the years just before, but you are reminded, by a vast Statue to Fallen Ship Yard Workers at the entrance that this all started back in 1980.  This was an amazing countrywide decade long Movement that, it is no exaggeration to say, changed the world and led to the collapse of the USSR.  Some local brave people did it, helped by unlikely supporters and champions such as The Pope of the time and former President Carter who actually visited the country during the turmoil.

In fact it is quite clear that Reagan and Thatcher really just inherited an inevitably collapsing state of affairs in the Eastern Bloc.

At the World War 2 Museum one can also spend a day at a wonderfully well illustrated display too.  Even then I did not see a temporary exhibit nor one of the other Halls.  Here, whilst I knew a lot about the events on the Western part of the European continent I knew less about he East and Russia.  The rigours of the war, weather and massive losses on those fronts is just quite stunning.  It was so rewarding to learn about the other perspective and sacrifices of the Poles, other Slav’s and Russians.

I had not realized that the first shots of WW2 by the German battleship Schleswig Holstein, were fired at Westerplatte on the northern edge of Danzig.

I did not realise that not only had Gdansk played such a pivotal role in so much European and indeed, world history.  The history in Gdansk is so well restored, explained and displayed often actually in the settings where it was made! 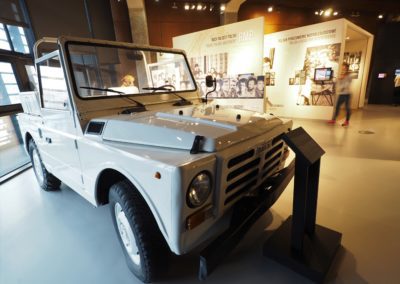 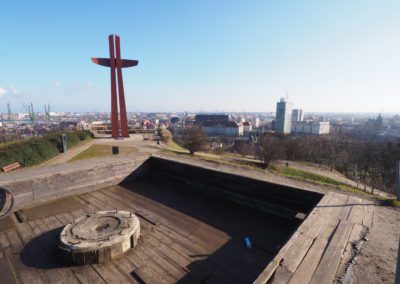 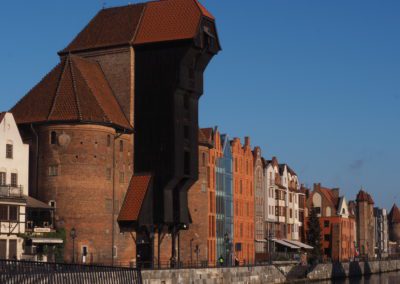 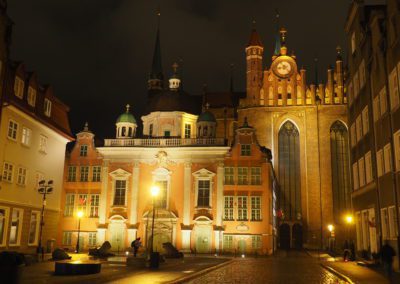 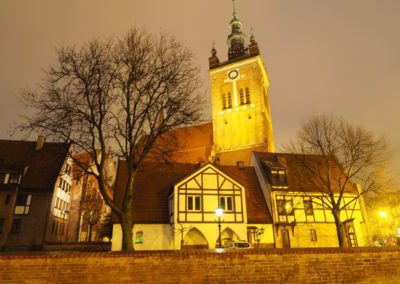 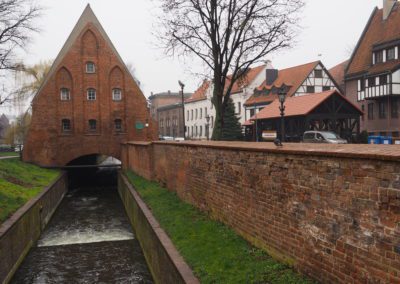 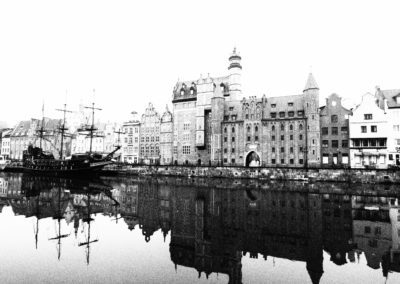 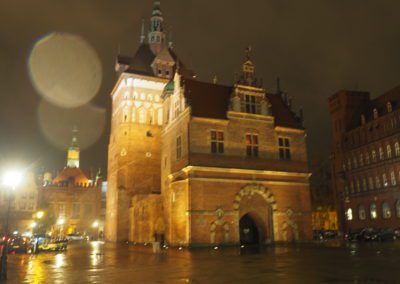 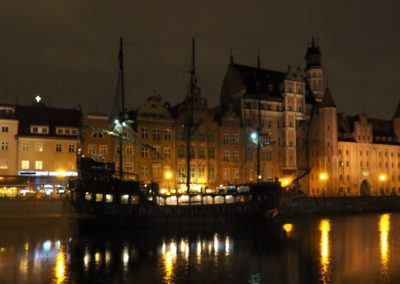 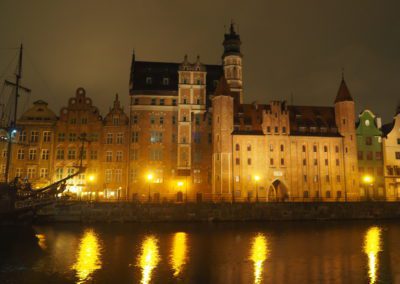 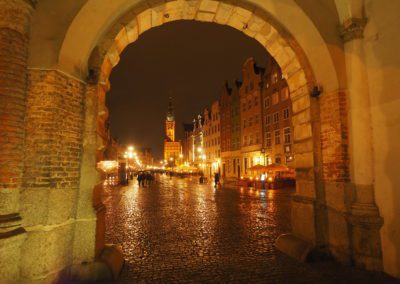 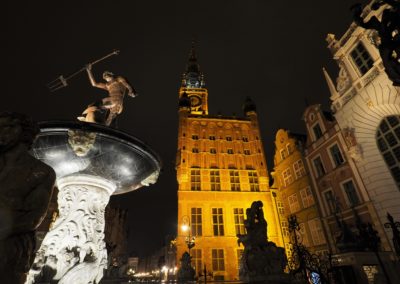