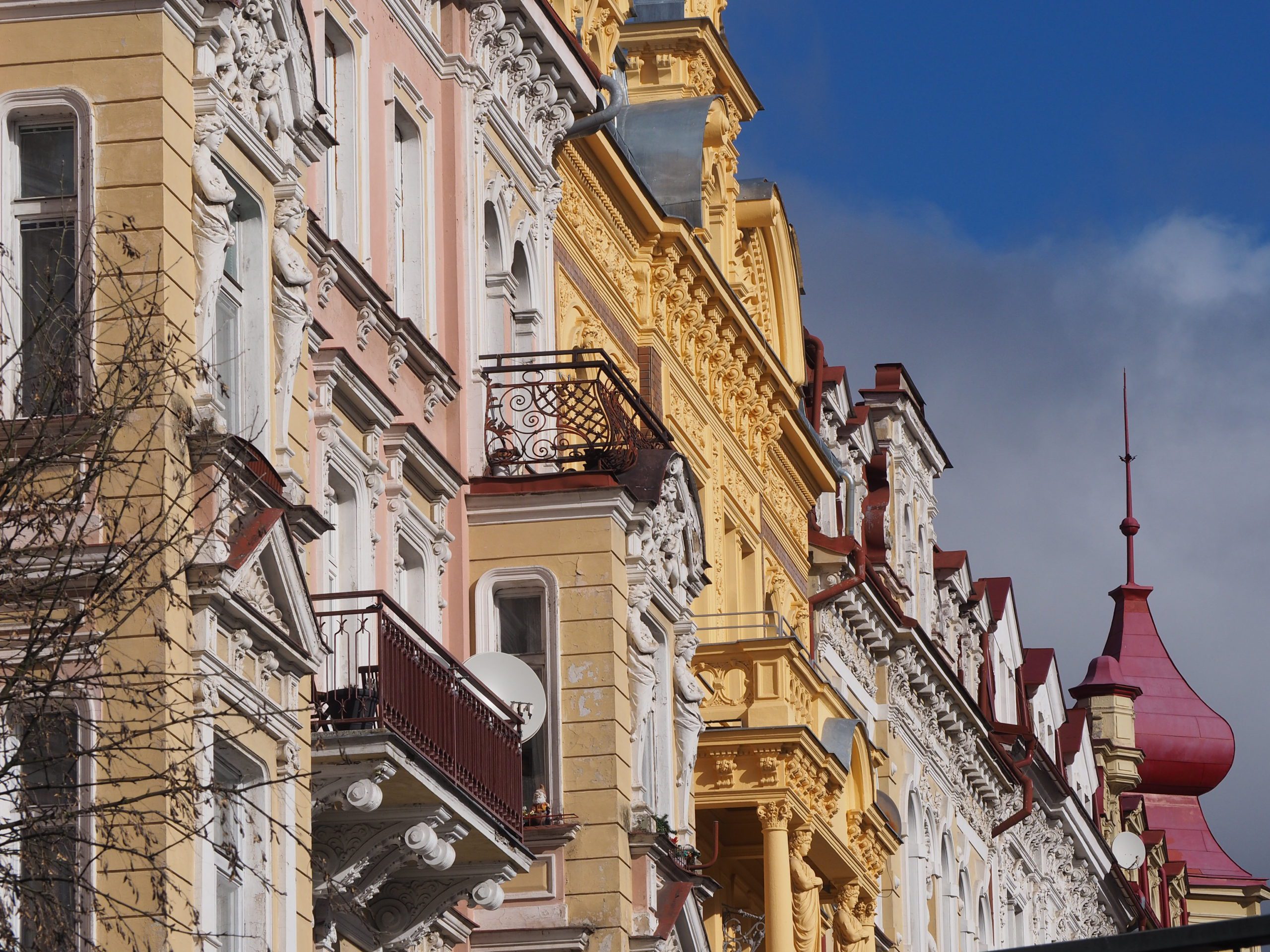 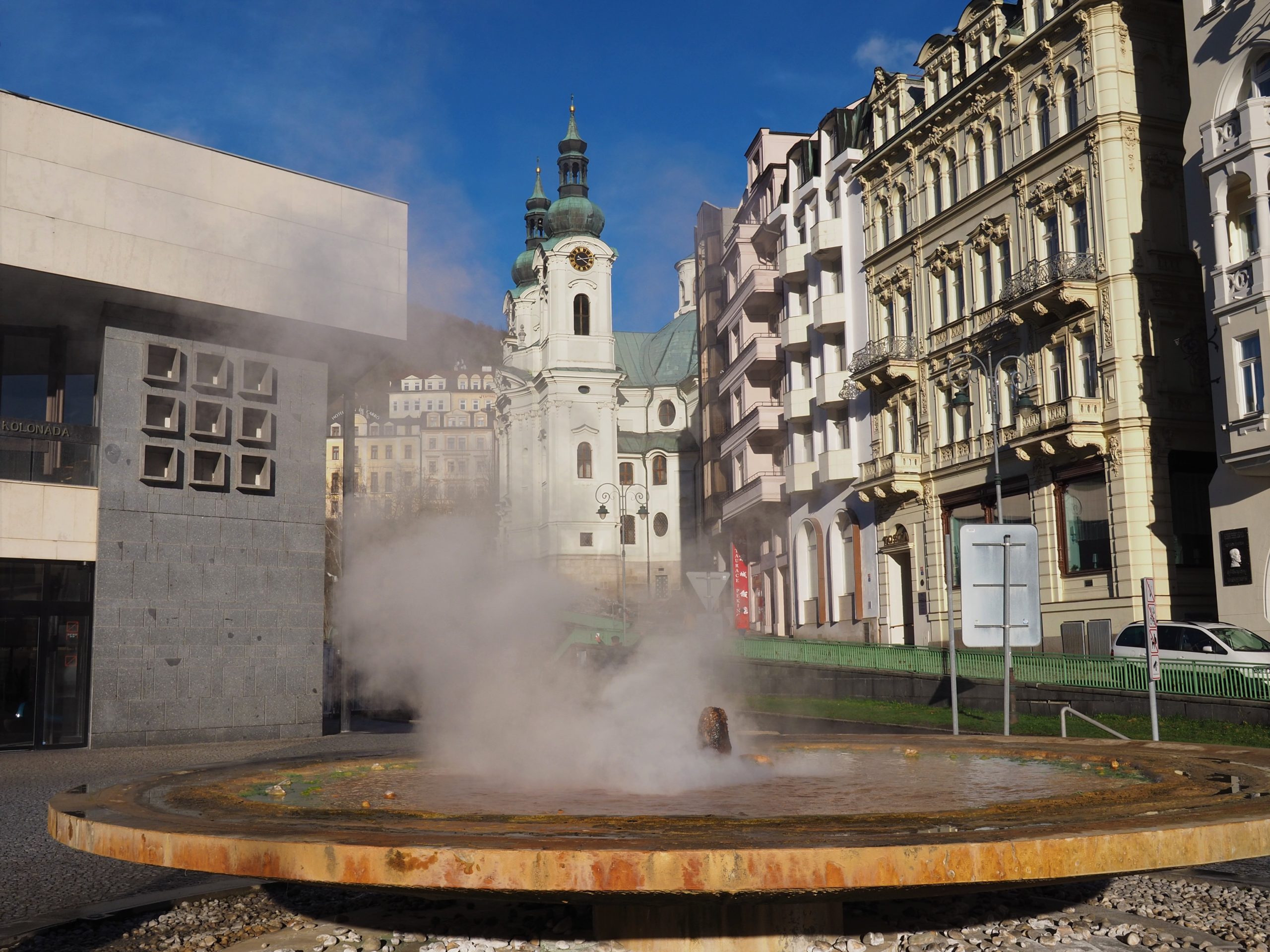 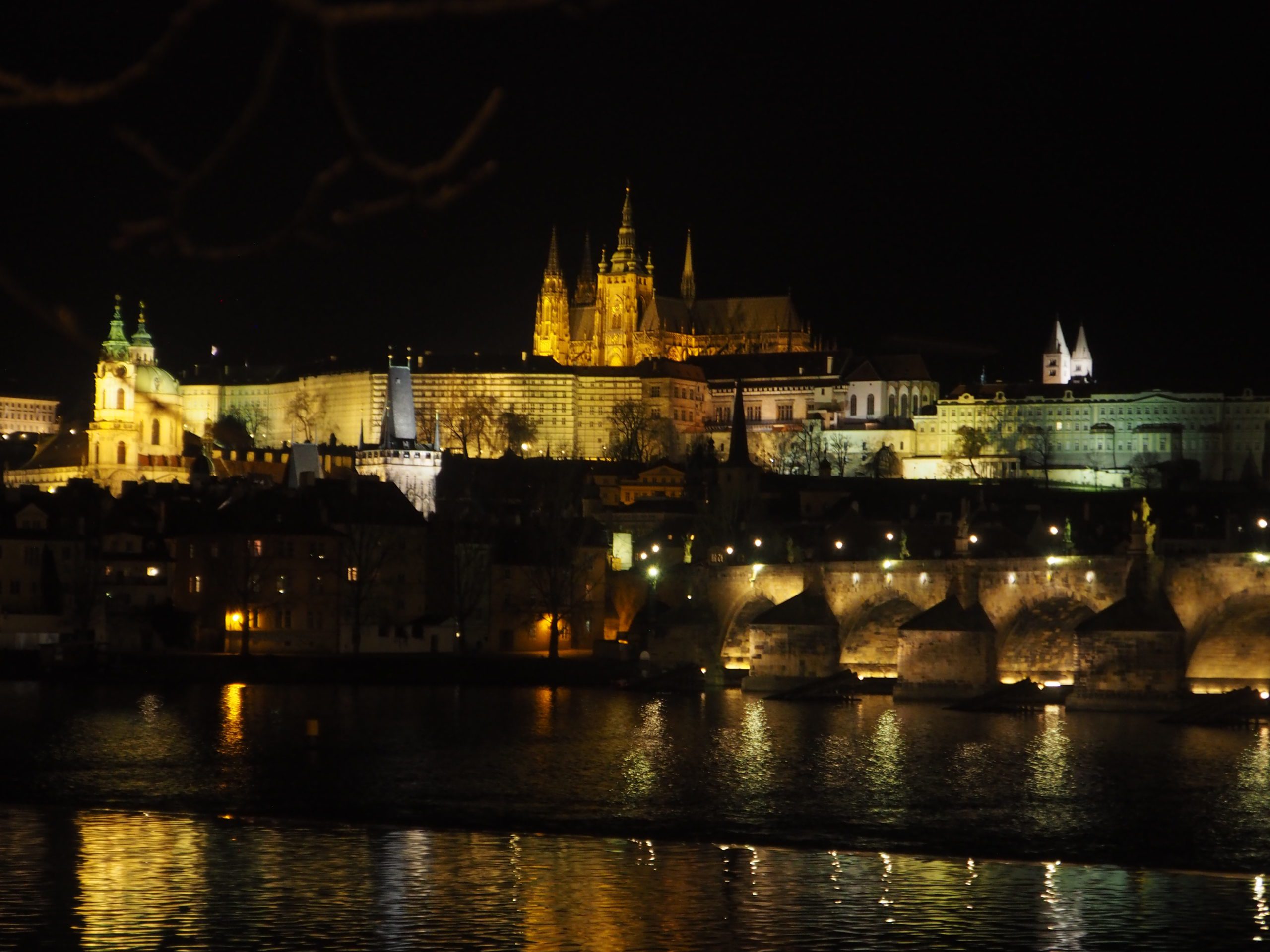 It was 30 years since I was last in Prague, a short while after the border opened following the collapse of the Berlin Wall.  Then it was a mysterious city, some wonderful history and buildings, albeit a bit shabby and grey once you strayed from the center.

Since then I’d read and heard much about how it has become a ‘Ryanair city’, overcrowded and at times ‘party central’ for stag nights etc. no doubt thanks to the cheaper beer prices.

We arrived Leap Year Day, 29th February as a starting point for a trip (described below).  Exploration of Prague was thus in the evening, in the late winter and it was also at the height of the Corona Virus fears.  Surely it would be quiet?

Hooray it was!  The King Charles Bridge setting really is beautiful (when you do not have to jostle crowds); the narrow streets to the Castle and around the famous clock were lightly trafficked.  The Pub visited for Goulash seemed quaint and cozy.

All in all, this combination of off peak arrival, global events worked out better than we could have possibly hoped for.   Generally avoiding weekends and peak summer is probably sound advice as far as visiting Prague nowadays is concerned – can’t say should wait for a global epidemic though.

Trains in The Czech Republic seemed clean, punctual, spacious (even lower, regional category ones we were on), cheap, but sloooow!  Lots of time to see the countryside, the undisturbed villages often with grand churches, and forests.  The through train journey via Usti na Lab took 3 hours 20 mins for a road journey that claims to be just 2 hours, albeit via a different route – I was happy though, as it was possible to survey the scenery and the comings and goings of all types of travelers who clearly depended on the well trafficked train service.

From Soot to Solar!

On my last visit to the historic spa town of Karlovy Vary (in 1991) and other towns in the valley, an abiding memory was of the pollution and grime everywhere.  A product of the awful, polluting, brown coal that was used across much of Eastern Europe in those days.  Today, things are much improved and the air and buildings are clean and windfarms and even solar panels can be seen in places.  Amazing what happens when walls come down!

Karlovy Vary is a lovely town with a rich history, nowadays largely dependent on German, Russian and domestic tourists, along with a few others.  Originally people came for the recuperative hot springs and to take the water, which can still be seen.  Grand villa’s and hotels are in the center and clinging to the valley sides.  Over the years it has been a political football and was part of the Sudetenland annexed by Hitler in 1938, for example.  All Germans were promptly expelled in 1945 at the end of World War 2. 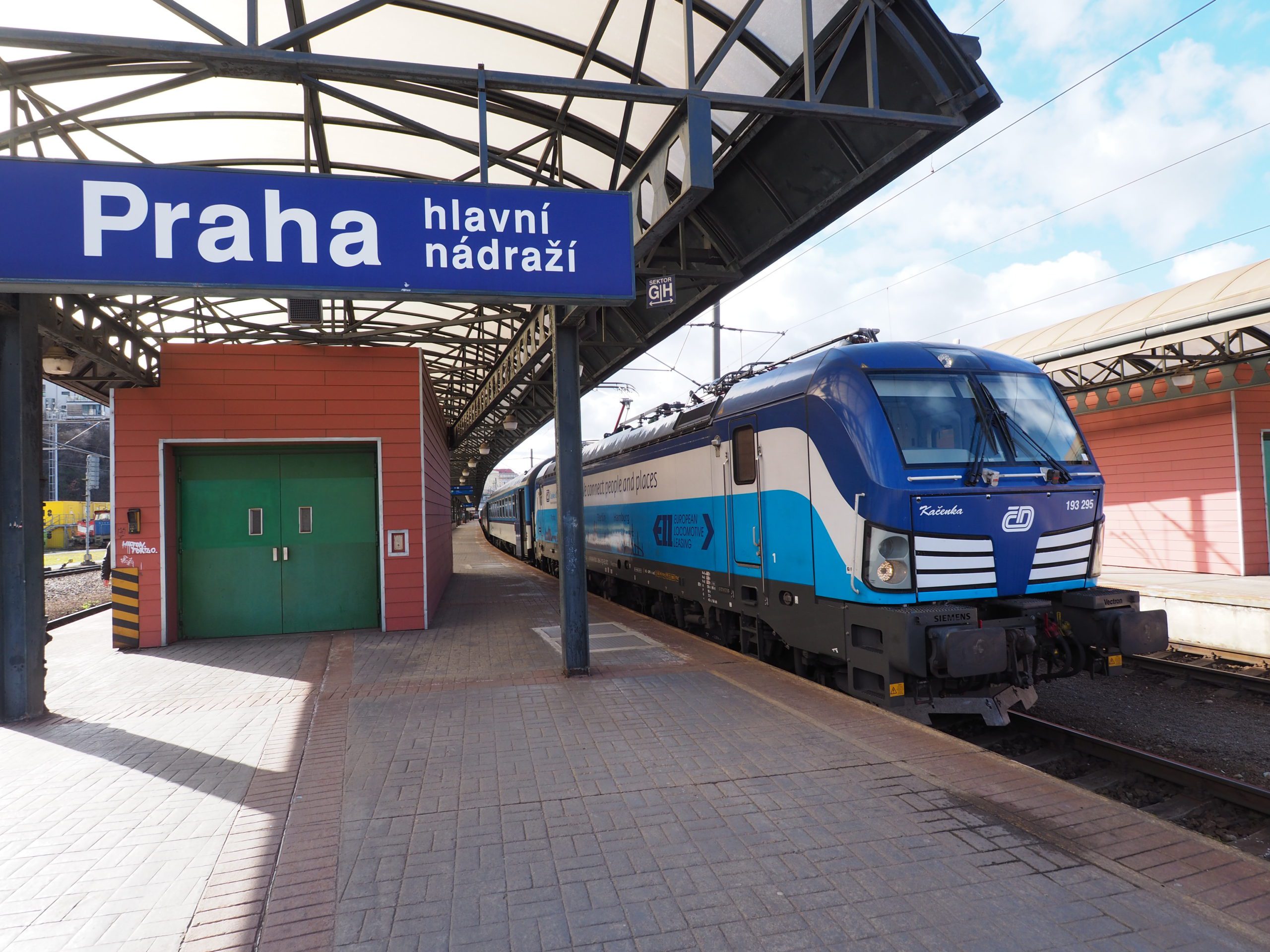 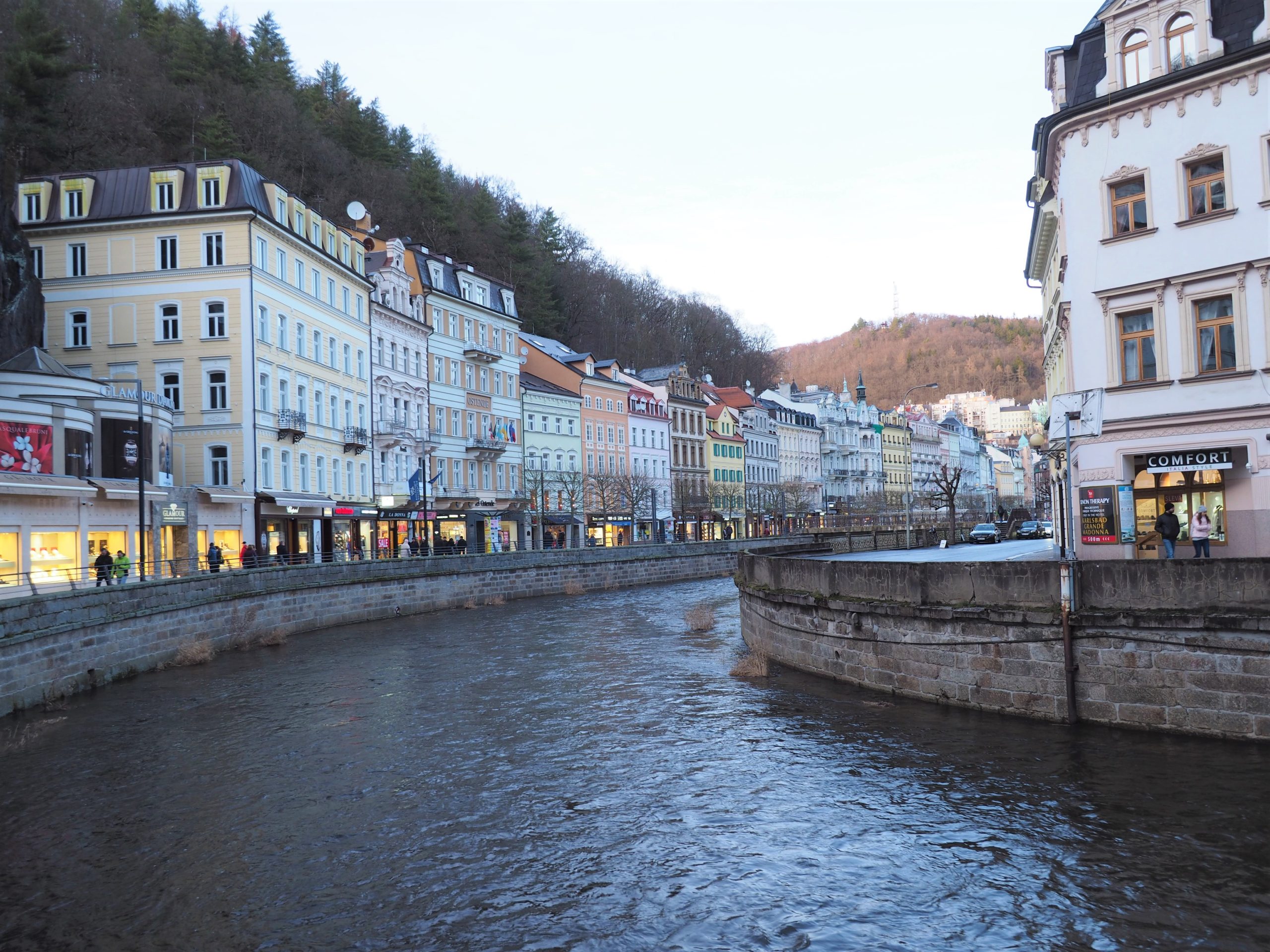 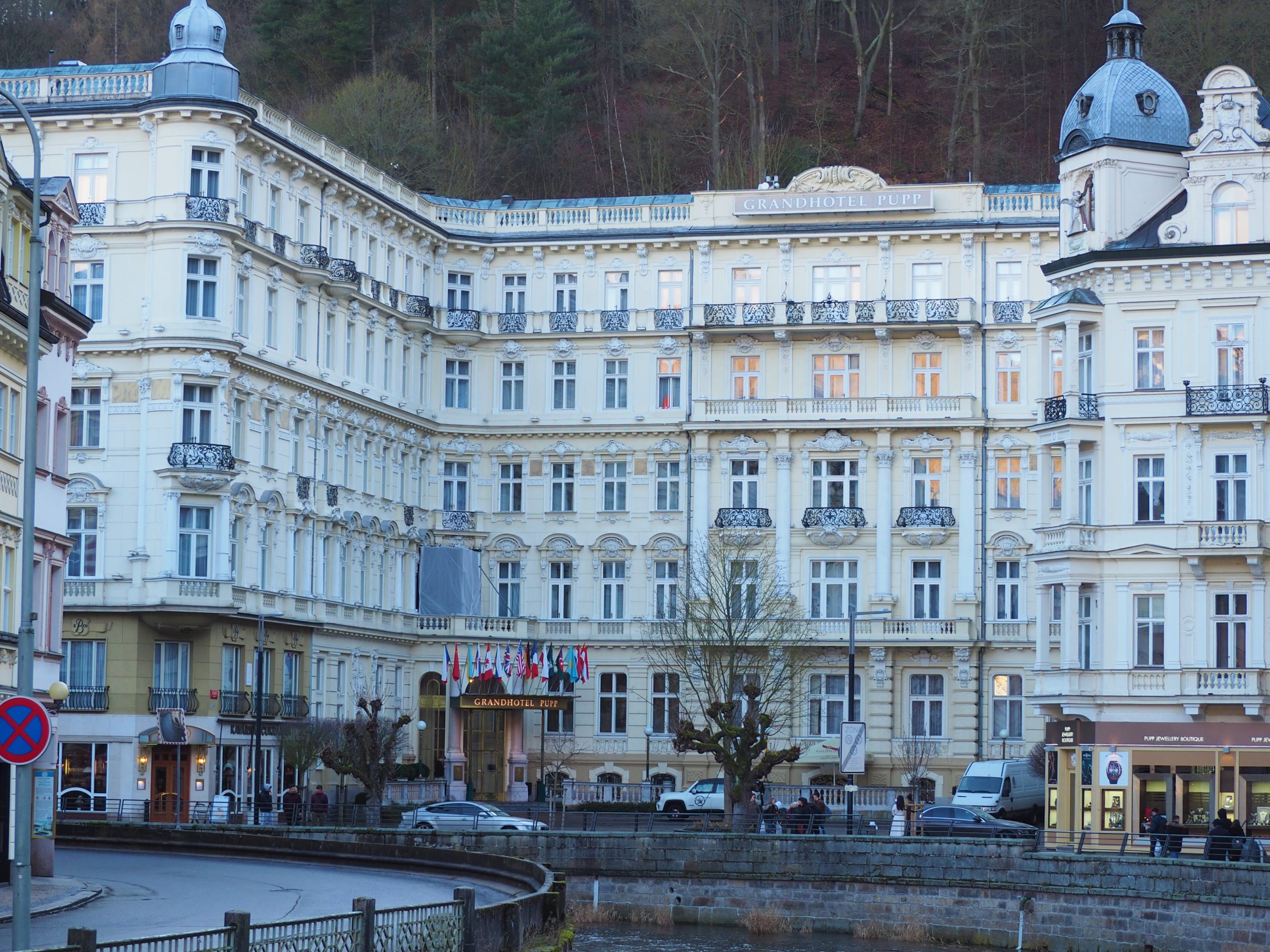 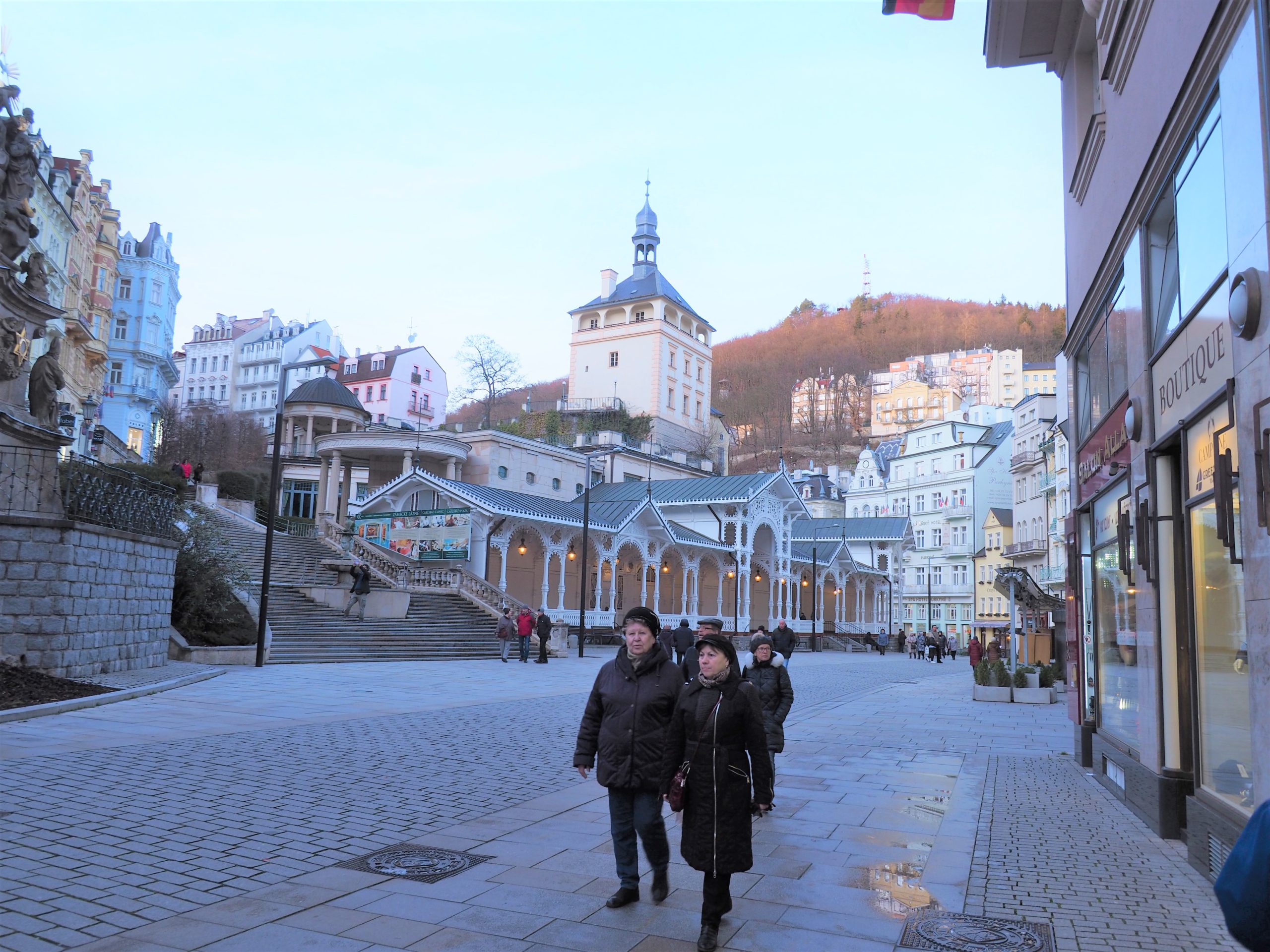 Movie buffs will enjoy the Hotel Pupp which featured prominently in the film ‘The Last Holiday’.  (A Waiter at the hotel said best to avoid peak summer months when the narrow walkway adjacent to the river was often impassable, especially at weekends).   Once again, a sunny day in March proved perfect to enjoy the surrounds.

This place, its buildings of similar purpose, its people and visitors, had much in common with those in  bizarrely different lands, for example Harrogate, England and Hot Springs Arkansas!  Genteel, leisurely and just pleasant places to see historic sites and buildings. 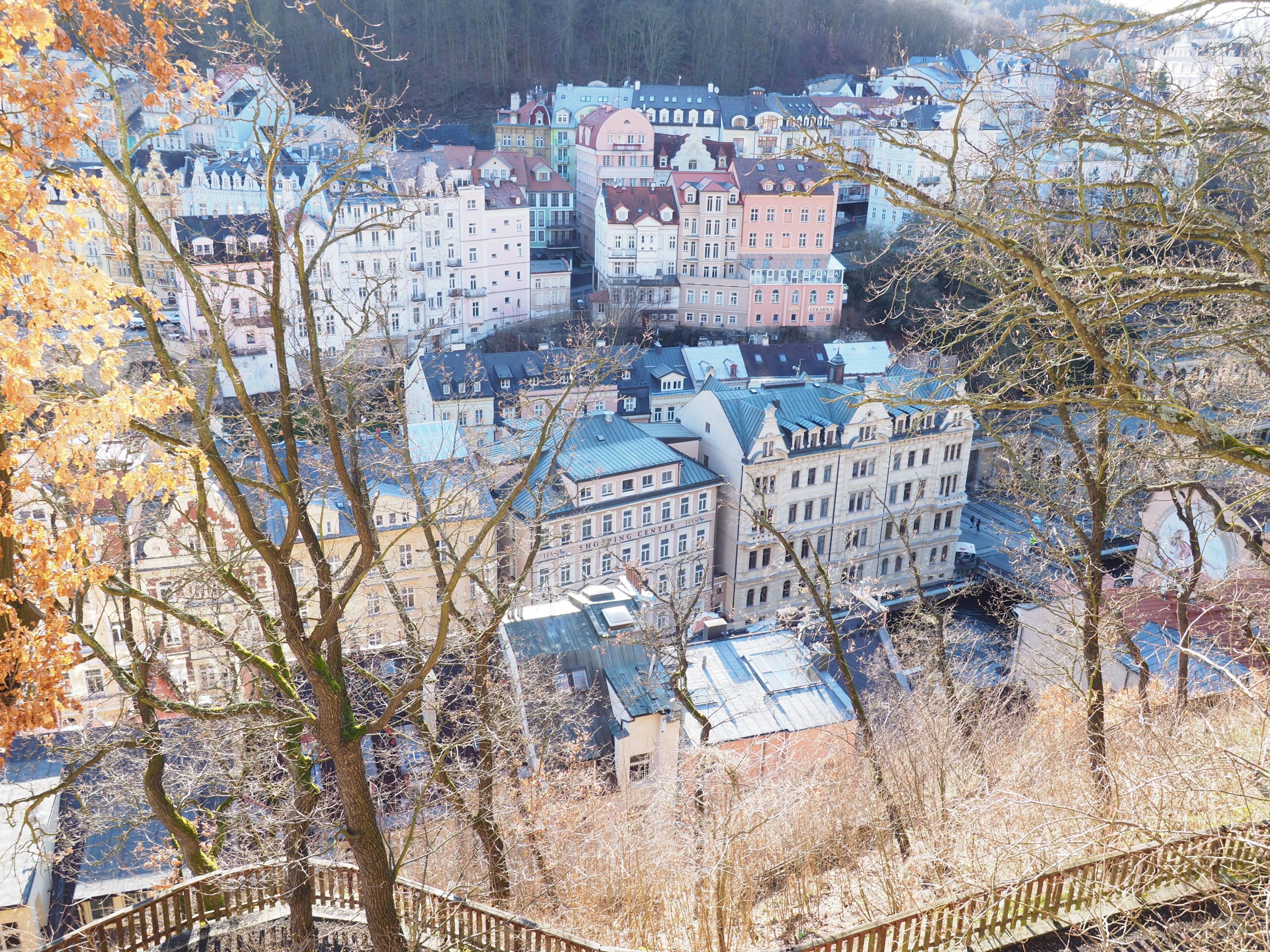 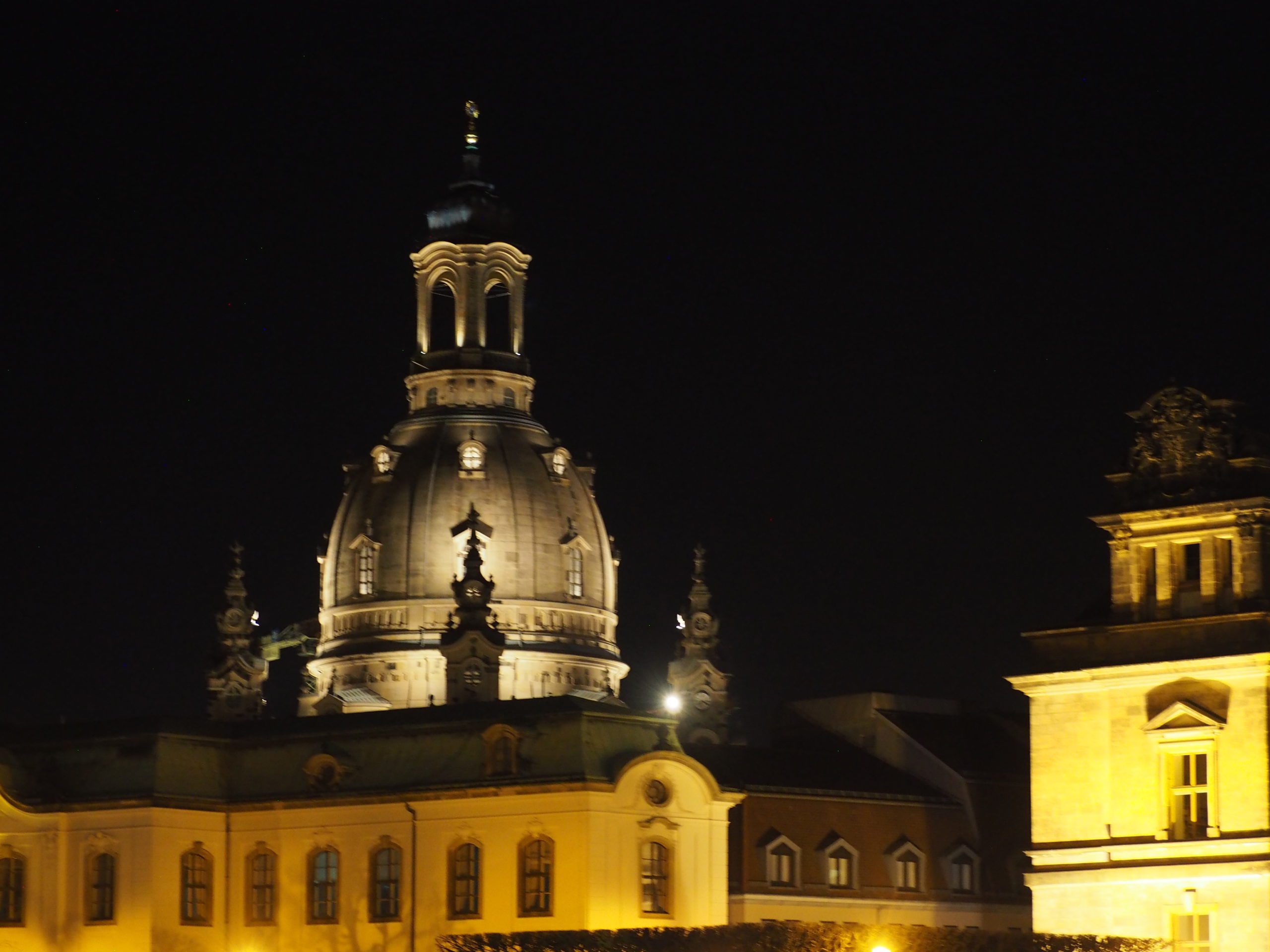 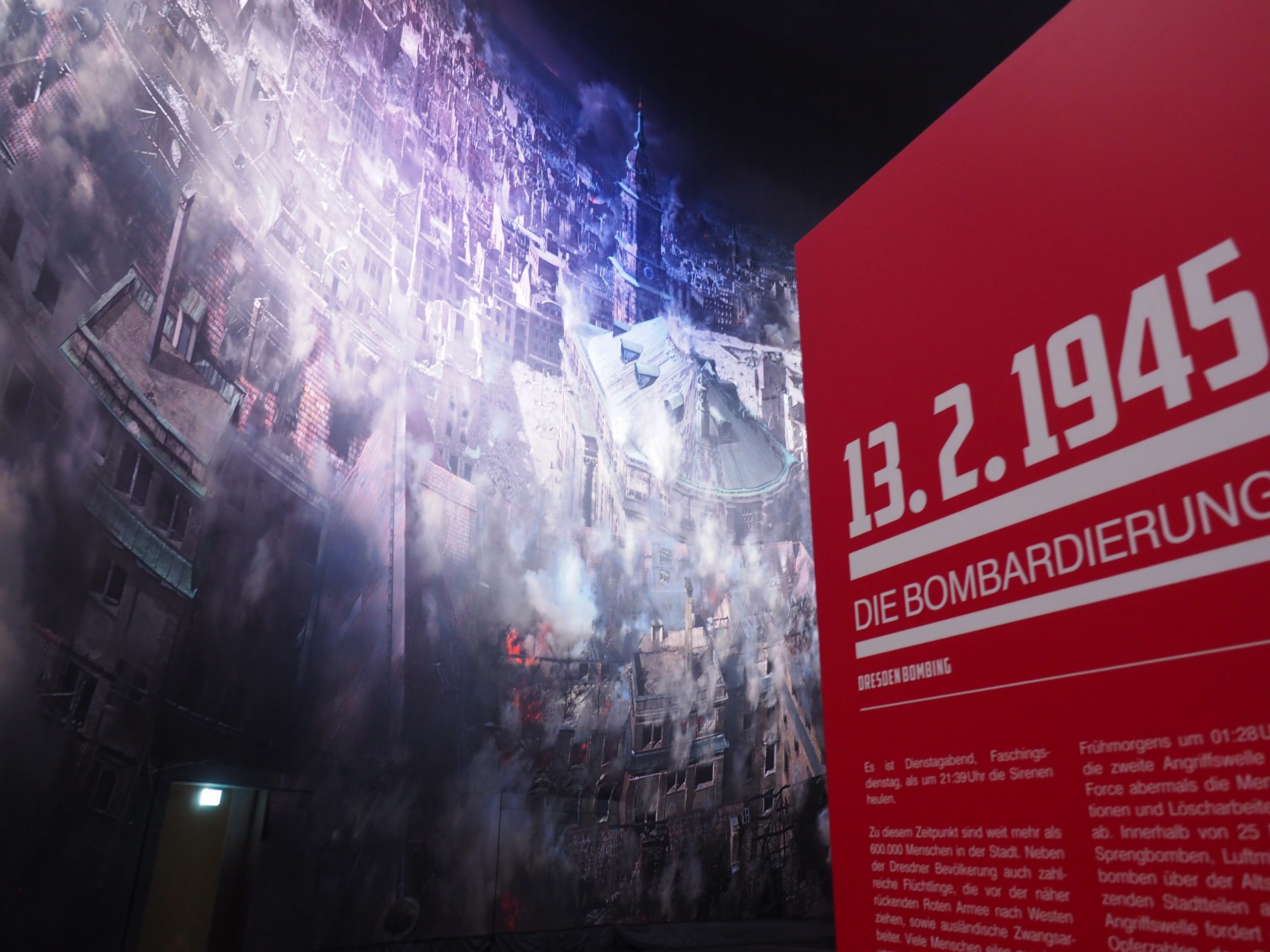 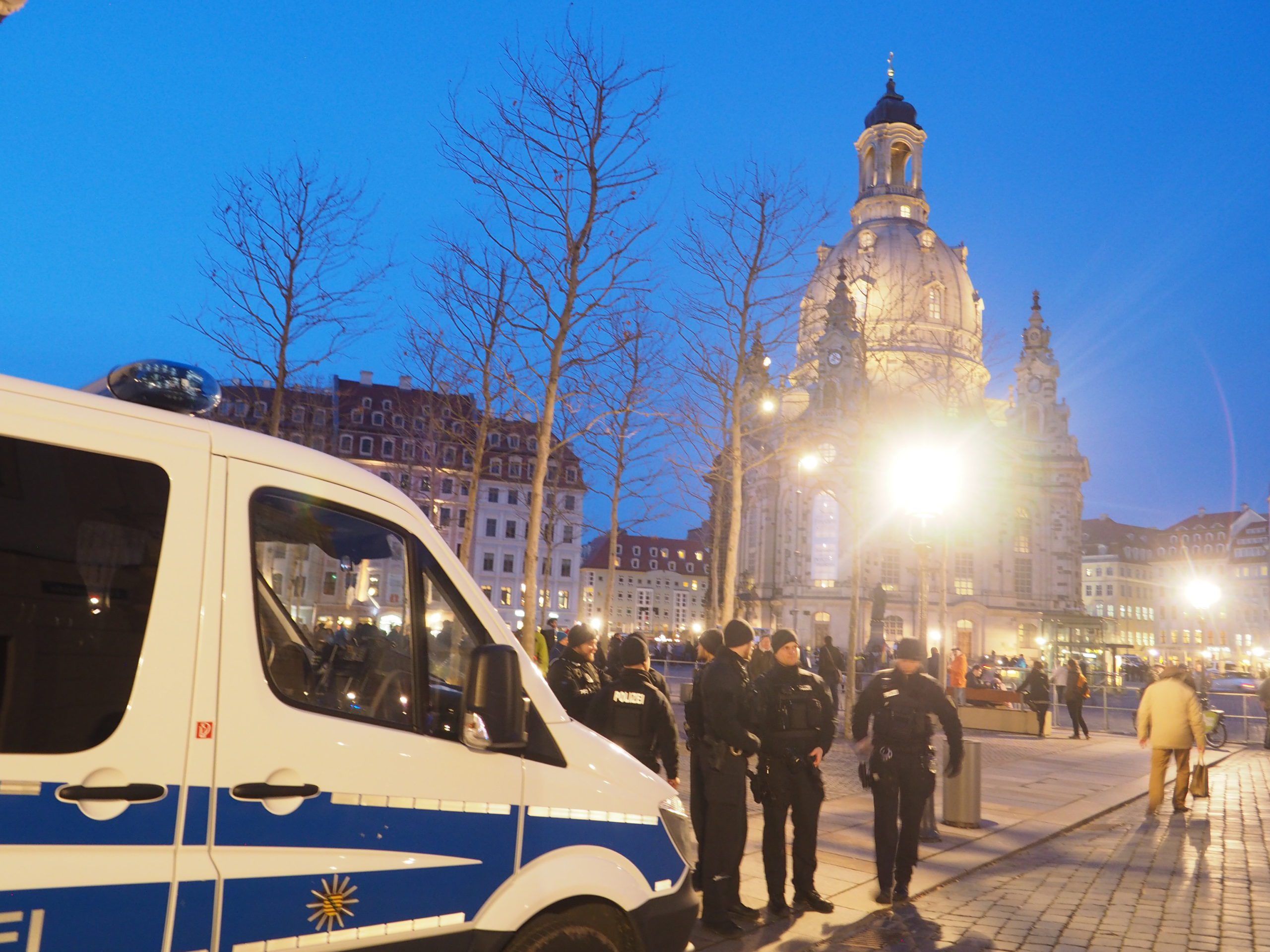 We took the train back to the junction of Usti na Lab and changed on to the every 2 hours, Eurocity train heading north.  Today the sun highlighted Czech villages and from Usti na Lab to Dresden the line closely parallels the Elbe River.   This is a really beautiful train ride – especially if you can sit on the easterly side of the coach.

I’d been to Dresden before but this visit afforded the opportunity to go to the Dresden Panaroma, which illustrates the impact of the 14 th February 1945 Allies Air Raid.  It created a firestorm and killed over 22,000 people in a single night.  All of this in an old, circular, enormous, Gas Storage Factory.

My ‘take-aways’ from the display were:

Linking with the concern about forgetting history, what was taking place in the plaza outside the Frauenkirche?   A rally led by Pergida and a counter rally a few yards away, with the many police keeping the peace in the middle.

An informative conversation with a young police lady revealed that this demonstrating was a weekly  Monday occurrence and fortunately was normally, but not always, peaceful.  She felt that the older people supporting the far right Pergida were in some cases, simply frightened and having been brought up under communism not always able to compete in a liberal economy.  Of course, neo Nazis and racists swell those numbers and add a dangerous and sinister angle to these social ills.  The younger, liberal, more educated people on the other side of the square (making music to drown out the speeches) were determined that hate would not prevail. 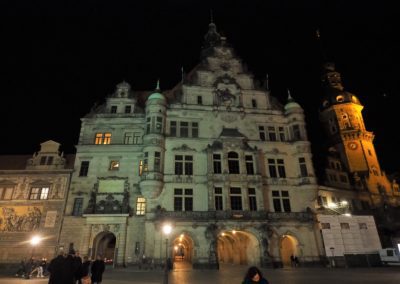 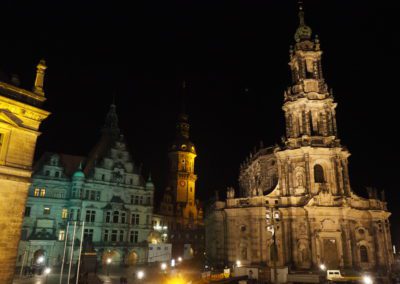 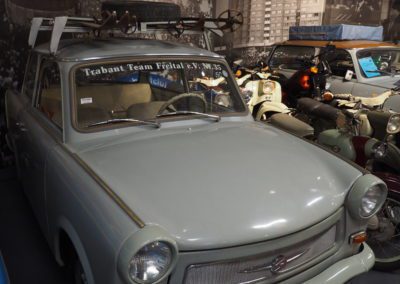 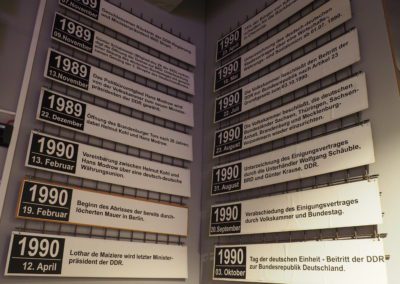 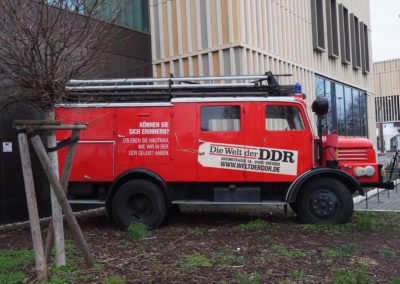 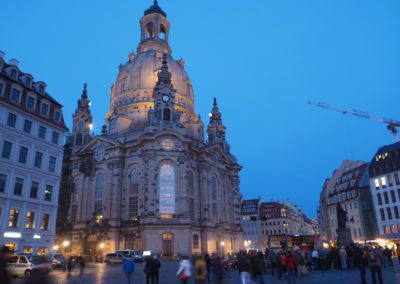 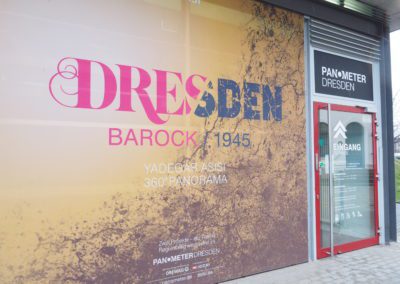 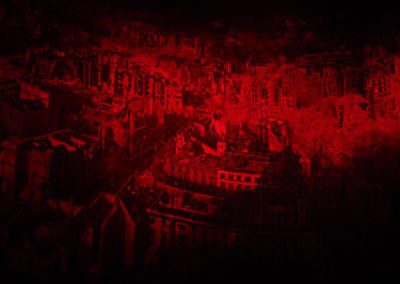 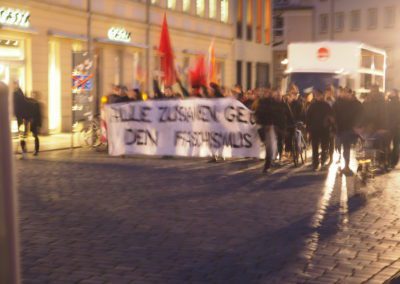 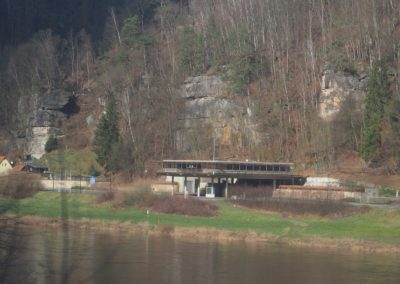 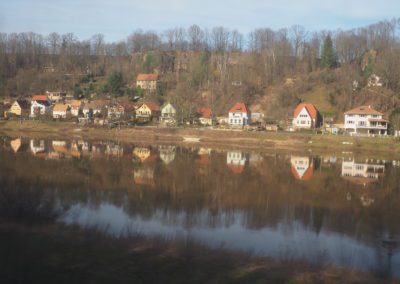 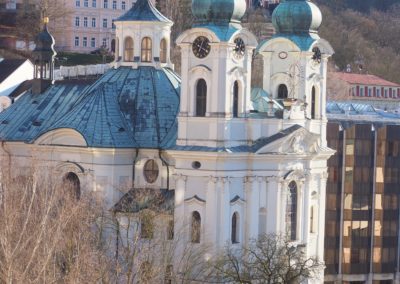 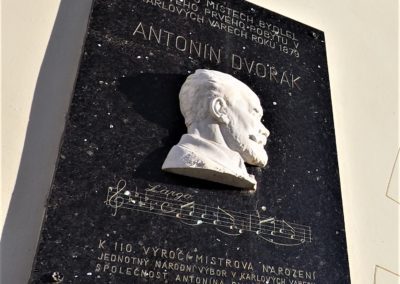 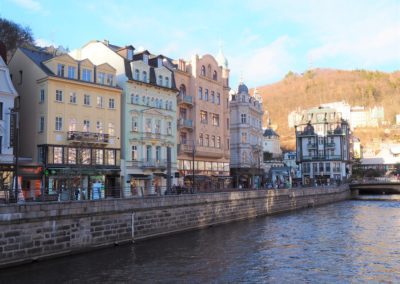 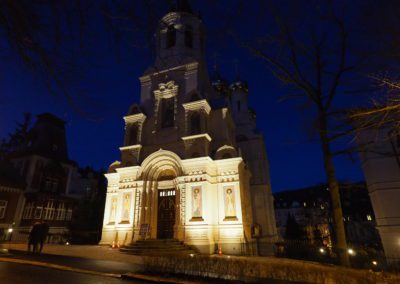 So many grand buildings 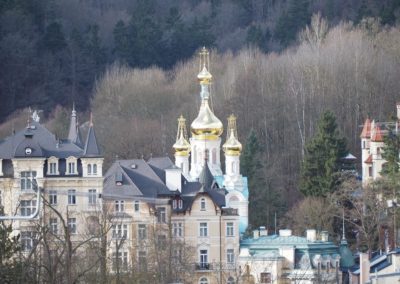 Set in a valley