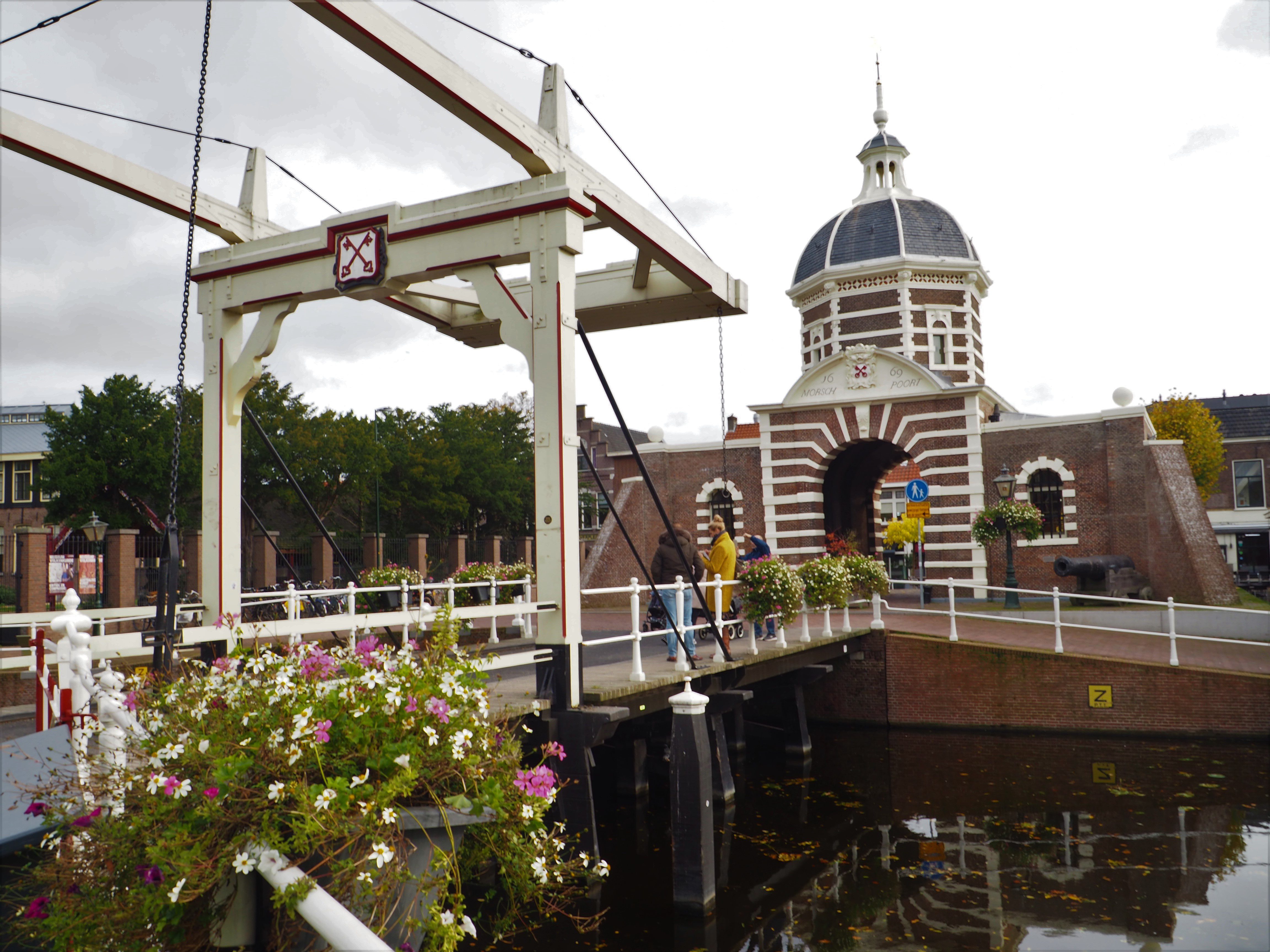 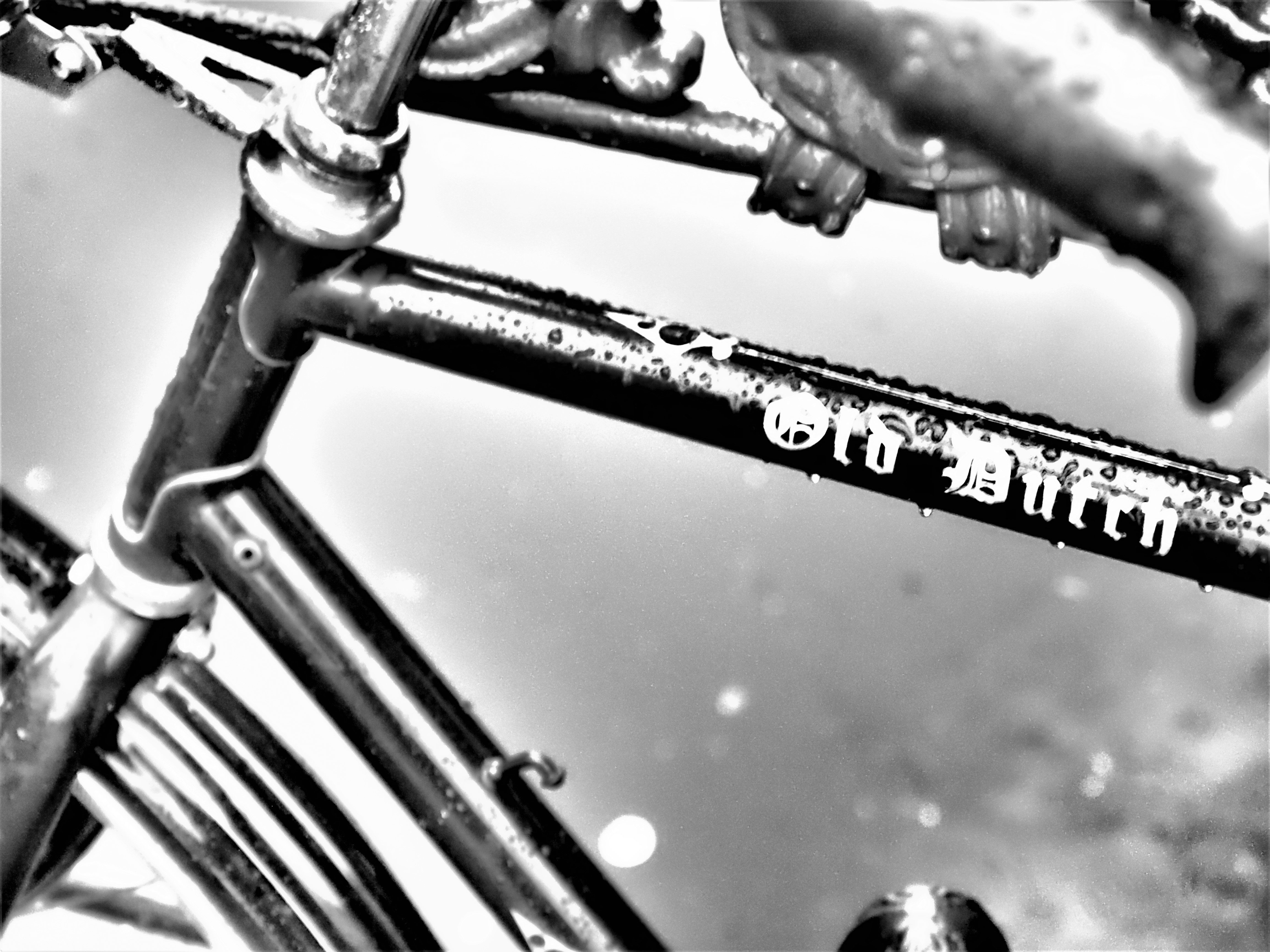 Once you have had enough of the frantic, crowded, often overwhelmed, but still interesting Amsterdam, why not visited one of the several other nearby Dutch towns? Now I am not saying you will find places with no one there! After all The Netherlands is the most densely populated country in Europe (pop. per sq. km) but you will find beautiful and quieter places with rich history.

Why not start with Leiden? In the 1600’s Leiden was The Netherlands second biggest city. It had many attractions, including a long standing University which manifests itself today with lots of markers around town highlighting a certain development/invention. For example, did you know that the famous Dutch Tulip, actually comes from Turkey? A Leiden teacher was able to bring it to Leiden and grow it, into what is now a Dutch icon.

Leiden had also become one of the first and major Protestant centers, shedding early its Catholic connections. Also Leiden had a vibrant clothe trade and it had communications, being on a Rhine connection. It was a prosperous and progressive place from the 1600’s! 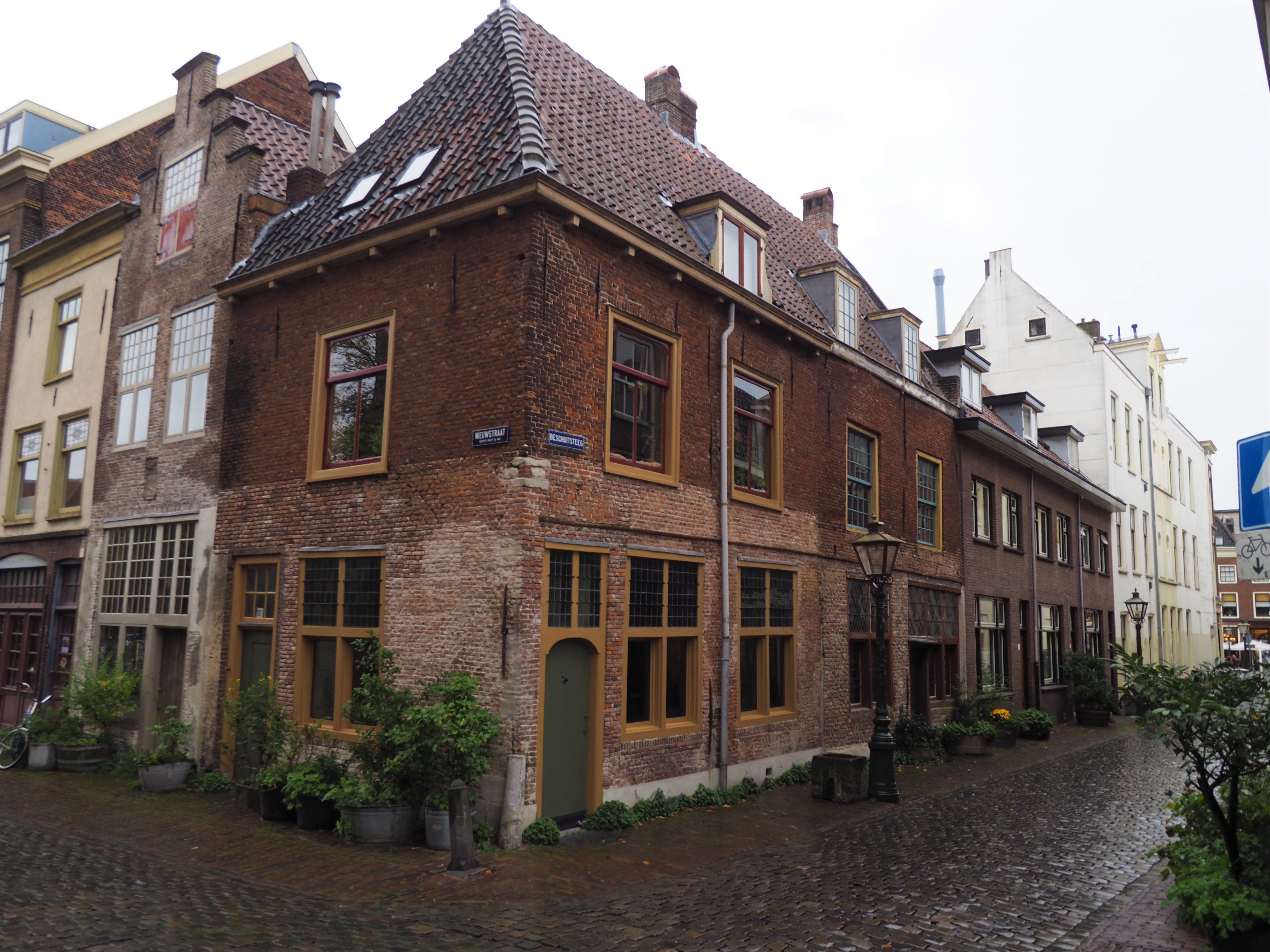 Nine American Presidents are, in some way ancestors of these intrepid travelers and the list includes, FDR (the name ‘Roosevelt’ being very Dutch) but more surprisingly The Bushes and Obama!

Visit Pieterskerk which they attended and also learn about an English fiery Pastor called John Robinson who lived in the adjacent Square and you can see a small exhibition of this whole interesting connection.

Learn more at the small Leiden American Pilgrim Museum too (see photo above). 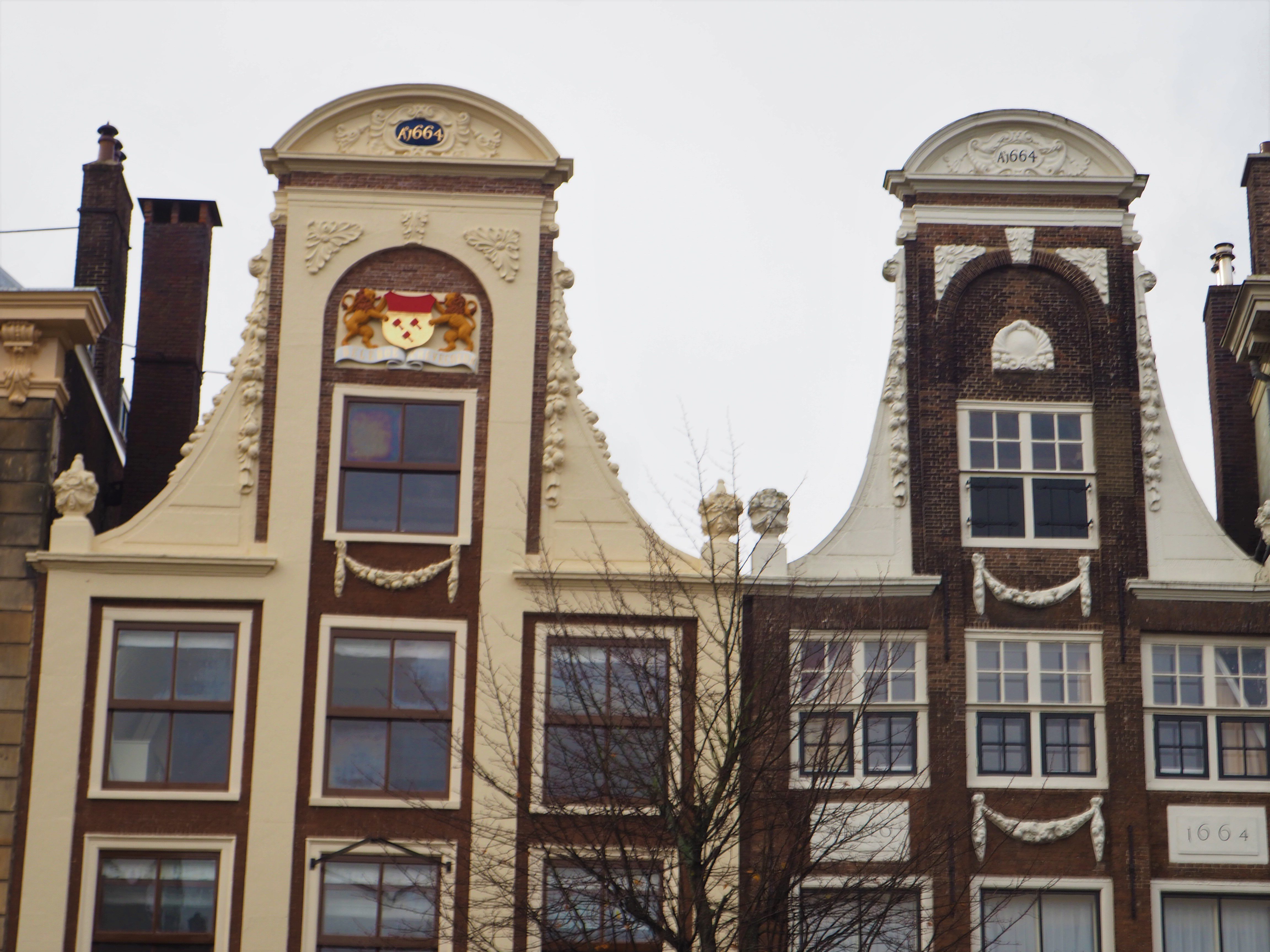 This situation in the early 1600’s gave rise to it being really important in American history.

Actually, I have a connection too!   I was born in Lincolnshire and from the very bedroom I was born in, on a clear day, you could see Boston ‘Stump’ (nickname for the church tower).  It was in Boston where dissatisfied religious dissidents, largely organized by the Vicar of Boston, gathered to set sail ….to Leiden, where they hoped they could freely practice their religion outside the Church of England.  Read more…

About a decade later in 1620 a group who felt that Leiden was becoming morally suspect, set sail in The Mayflower, via Plymouth, for the New World.  It is thought that a ceremony in Leiden to celebrate a harvest during a siege of the town, became what is now Thanksgiving in America.  They laid the roots and values of early America and even the ideas of The Constitution. 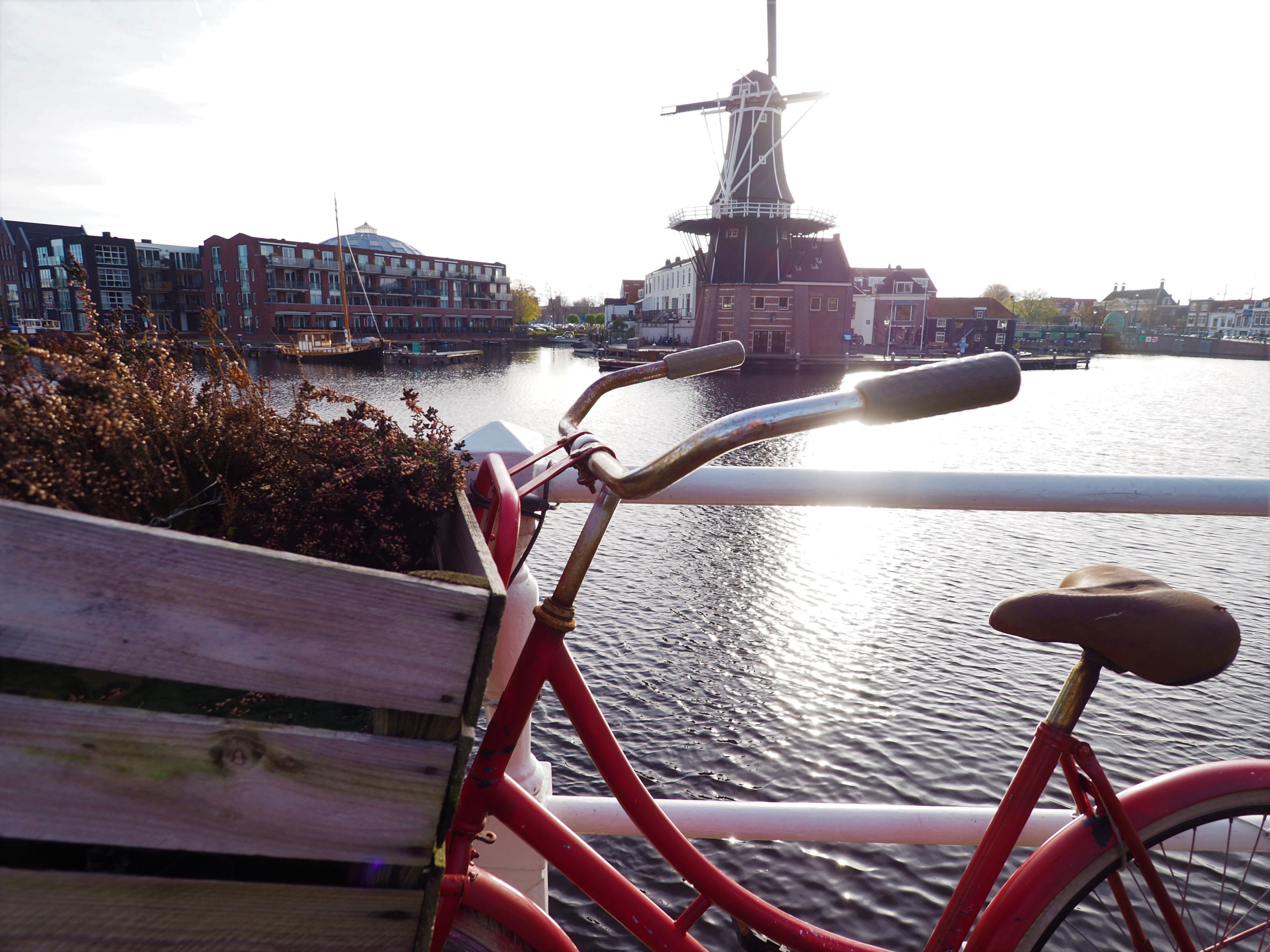 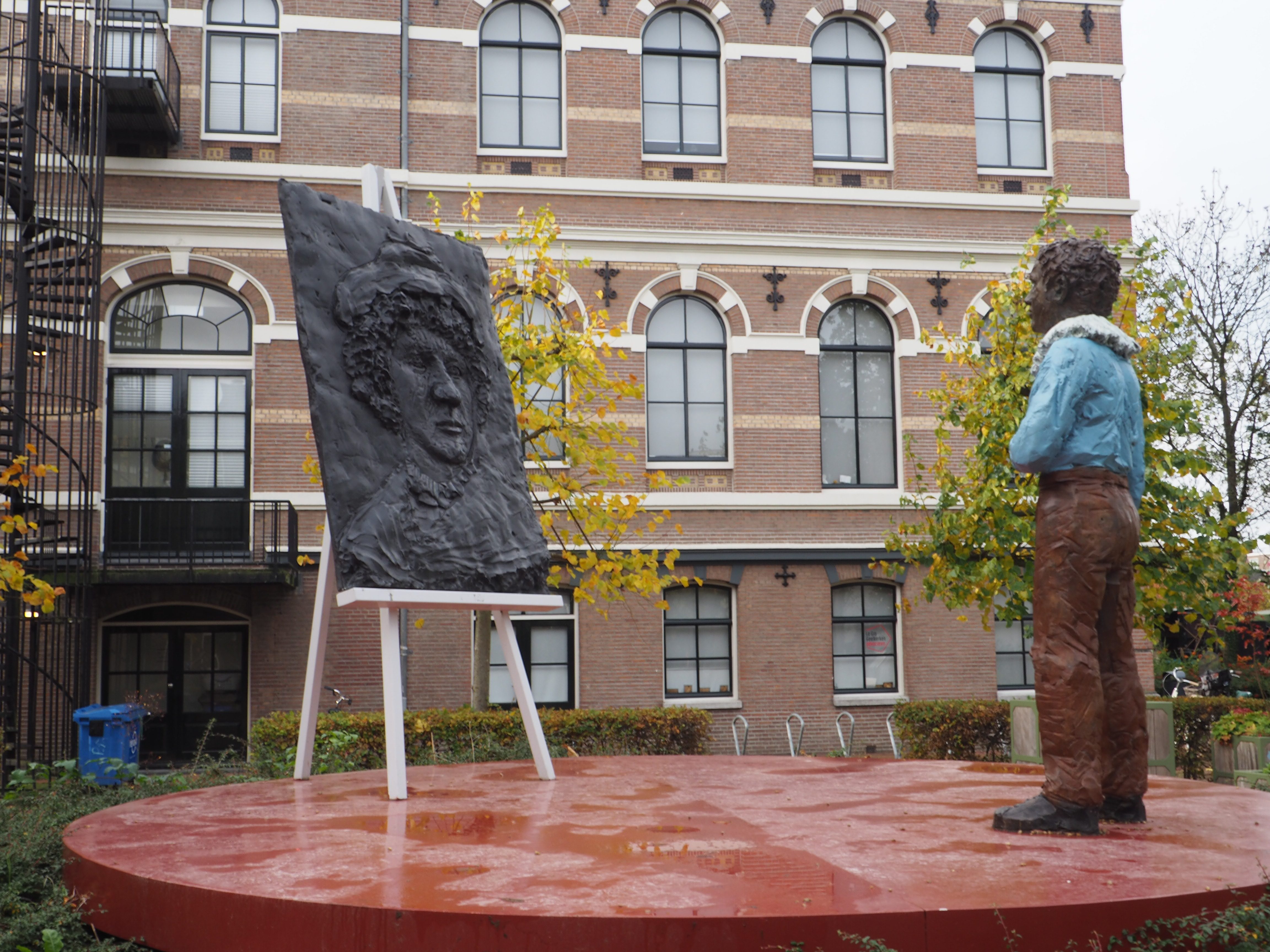 Another famous son is Rembrandt, he too attended Pieterskerk and his family is buried there although he was buried in Amsterdam.   You can visit the area where he grew up but his actual house was demolished a hundred years ago.  There are various reminders that this is his home town everywhere.

Strolling around Leiden is to witness a parade of wonderful and different buildings structures, many alongside and some over, canals.  These buildings house a vast number of significant places including one of the largest number of Museums for a mid sized town anywhere!  As well as the Museums already mentioned the big ones are a museum on ethnology, Museum Volkenkunde, a Japanese Museum, Museum De Lakenhal (about Ancient Egypt, Cyprus and elsewhere) and many more – there is even, apparently an ‘Ambulance’ one! 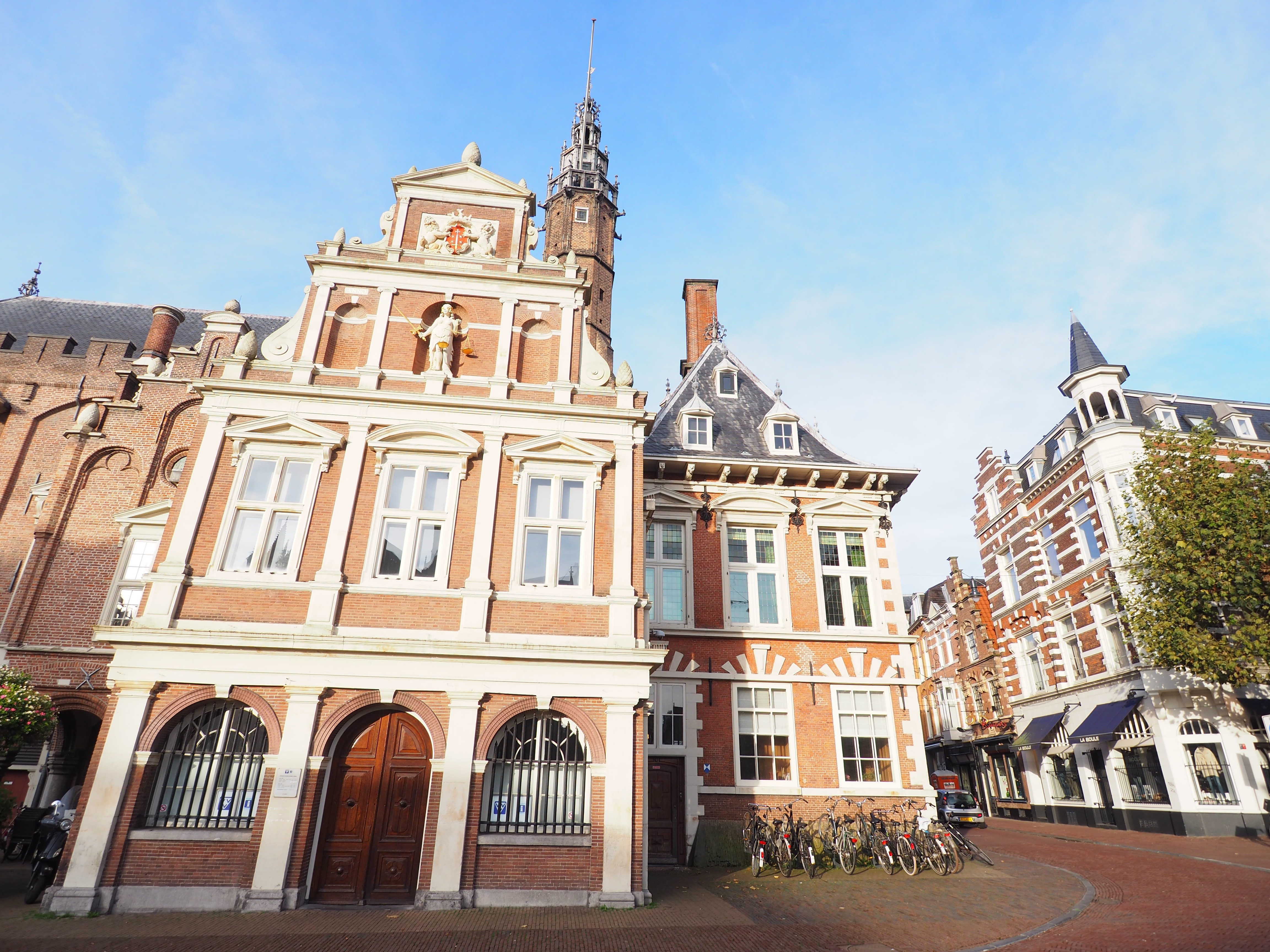 In the unlikely event that you tire of Leiden, thanks to the Dutch frequent, inexpensivie and efficient rail system you can be in beautiful Haarlem in 20 minutes, The Hague is near too.  I went to Haarlem having come off and overnight flight and in early morning November sunshine had a lovely and fairly brisk walk around the town before focusing on Leiden. 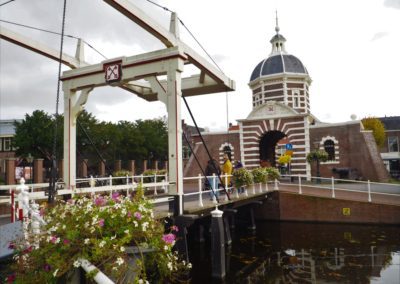 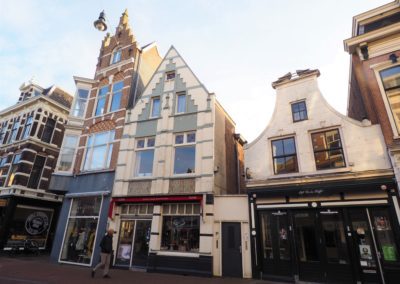 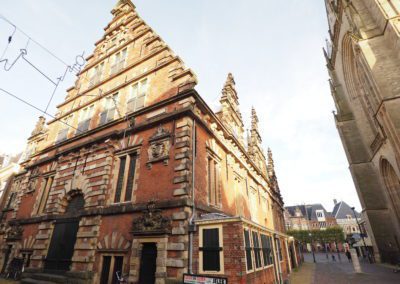 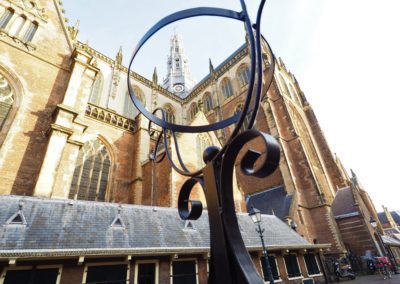 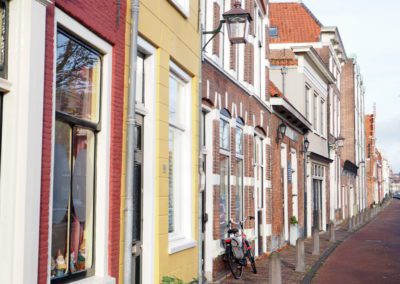 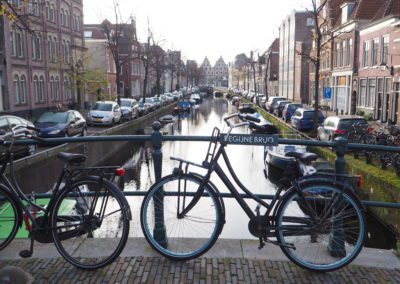 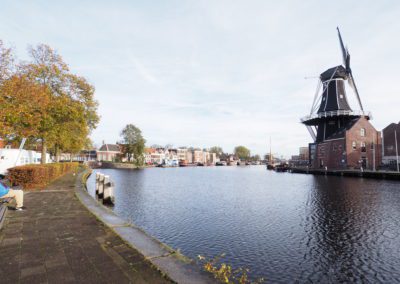 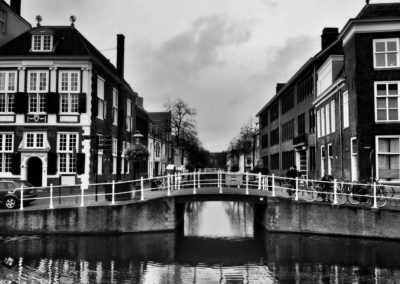 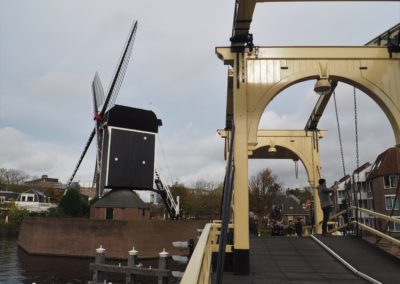 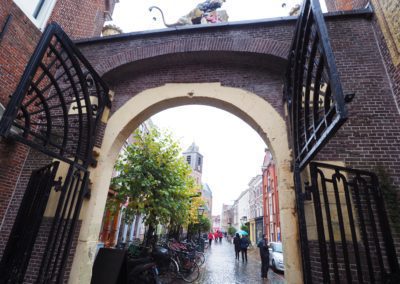 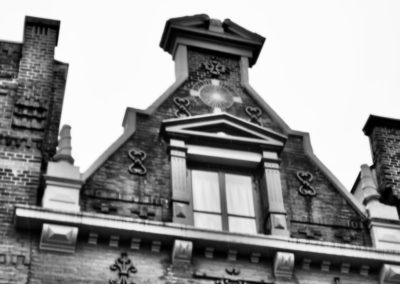 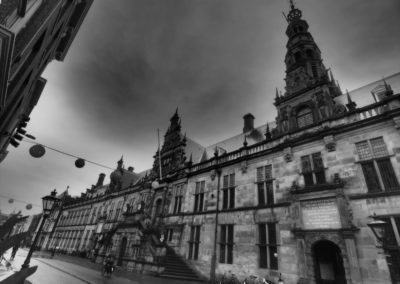 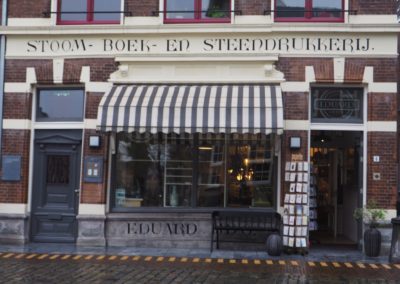 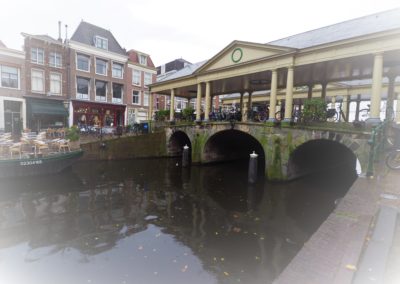 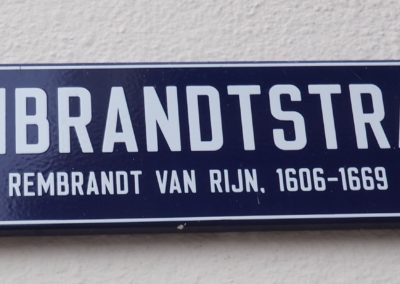