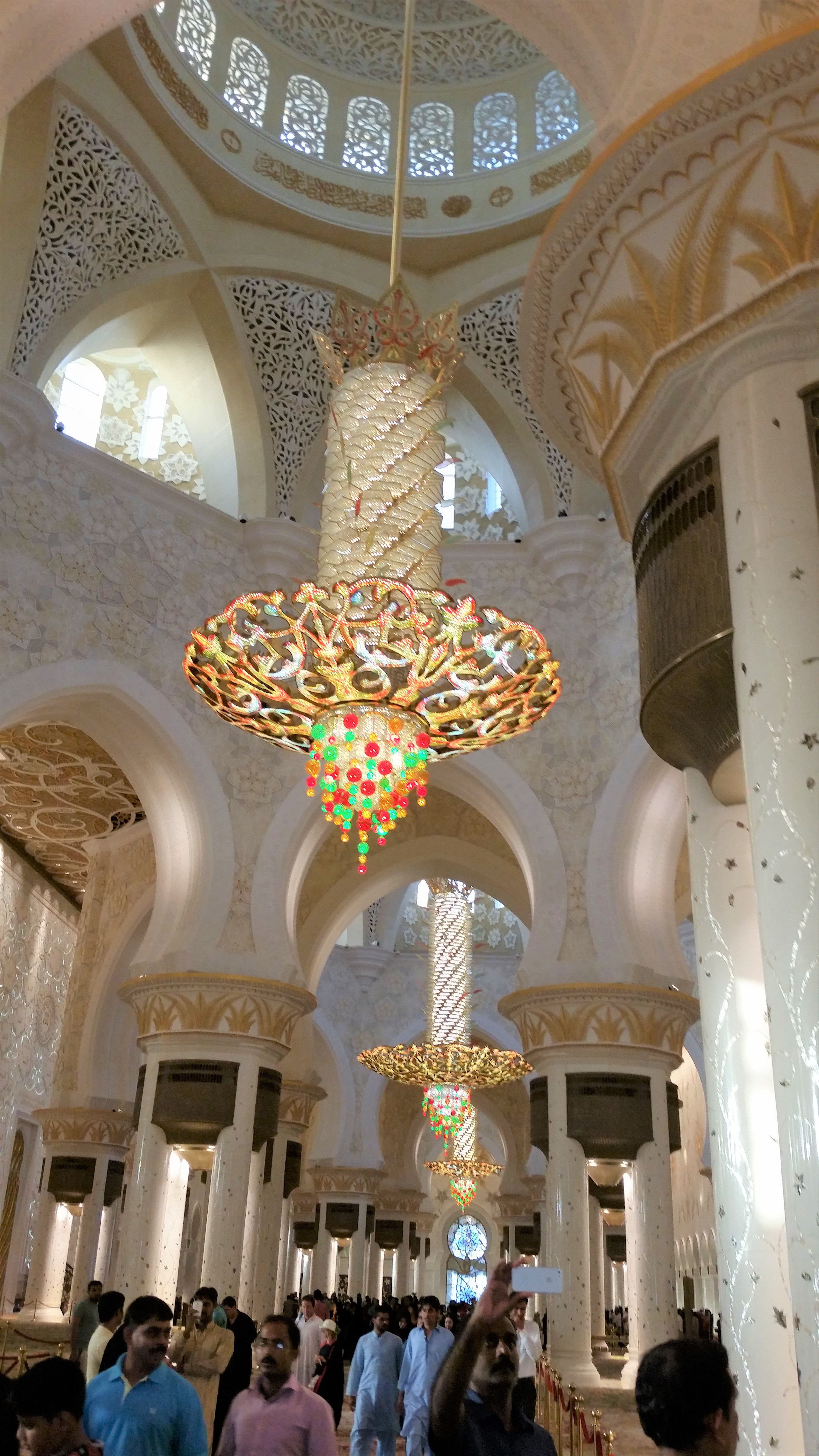 Sure enough, I was able to spend a day in the searing heat at the Sheikh Zayed Cricket Stadium watching England try to grind down a resilient Pakistan team (the Test Match lasts for up to 5 days and I only stayed for 1!). I was seated amongst a hardcore of England’s traveling ‘Barmy Army’ of supporters and a number of Pakistani’s working in the State. Great fun! 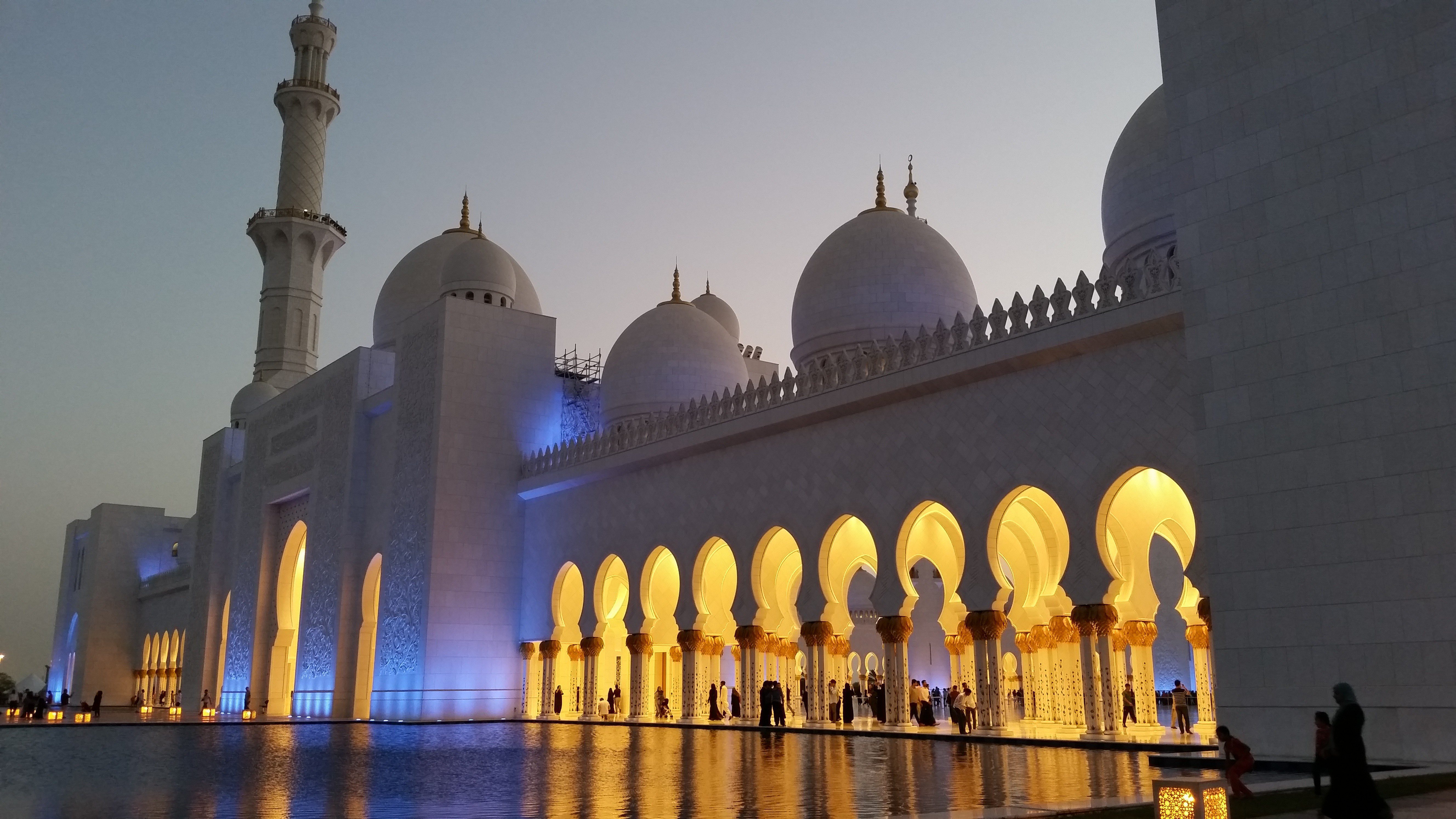 One of my many sporting interests is that great game of cricket.   First played in England it spread throughout the British Empire over the decades.  Those that are not  former British Empire citizens, are generally mystified by the game, the reason for which, I explain to them , is that you need around 200 years of history playing it, to really understand it.  (Thanks to the popularity in the Indian Sub Continent it is now one of the most watched sports globally though).

So when planning a trip to Asia I happened to notice that England were playing Pakistan, in Abu Dhabi, (Pakistan currently play all there ‘home’ games in the Gulf States due to security risks in Pakistan). I excitedly therefore arranged a stopover in Abu Dhabi. 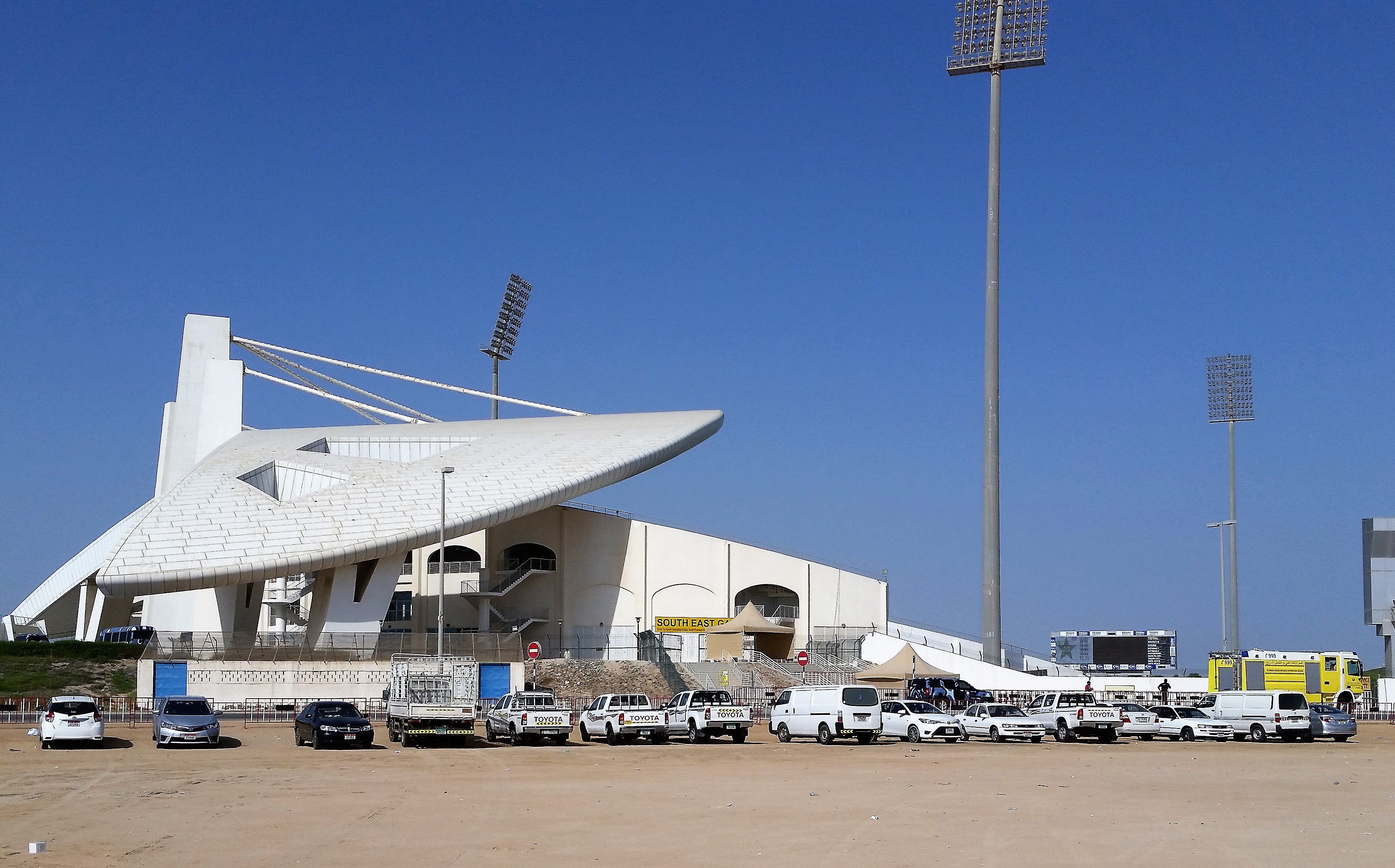 One evening I went to the Sheikh Zayed Grand Mosque and what a surprise that was.  When you go to The Pyramids for the first time for example, you are struck by their size, but you are likely to have seen a lot about them and thus have a sense of what to expect.  For the Grand Mosque I had no such preparation and I was awed by its pristine magnificence.  Clothed in white it apparently has 82 domes and the largest chandelier in the world I was told.

Built fairly recently, whatever ones denomination, one can fully see why such a place becomes a spiritual center.  The best time to visit, and I lingered and explored for many hours, was at dusk when the burning, setting sun castes an array of colors and shadows.  The heat subsides somewhat and a community is created for the evening hours.

Unlike much of the Gulf which revolves around towers and shops the Grand Mosque is simply a Wonderful Surprise and well worth the detour.  You can see the web site here.