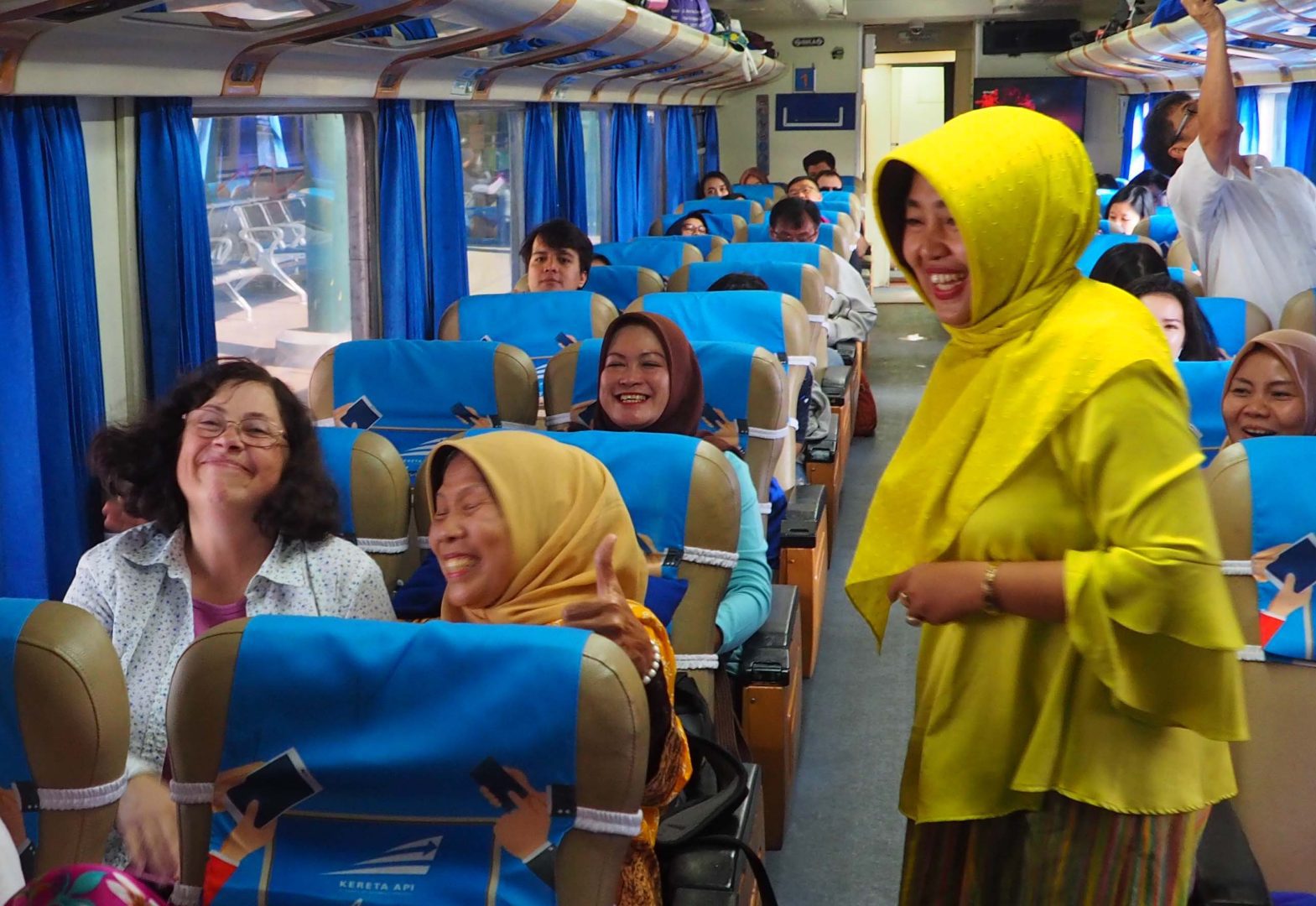 Destination Bandung.  And Why?

I was in Jakarta for work and arranged to have an extra day for exploration.  I decided this was the time to go to Bandung!

I had long been fascinated by the Conference that took place there in 1955.  Leaders from 29 newly independent nations from Asia and Africa arranged to meet there.  In brief, as the Cold War was ramping up and the West and USSR were vying for influence the idea was to create a ‘Third Way’, avoiding neo colonization  from these two blocs of power.  This was called the Non Aligned Movement and whilst it was a thorn in the side of the e major bloc’s in the 1950/60/70’s it was no more than that.

That was a shame as not only could it have moderated events (eg the Vietnam War) it might well have stopped the exploitation of many African countries by both sides.

In fact that goal of  an  independent, coordinated group never really worked.  It did give rise to the term ‘The Third World’; a somewhat less positive term.

Little did I realize that the journey would be so pleasant, beautiful and interesting.  Gambir Station is a fairly modern station with lots of food options.

A bright Sunday morning saw me boarding an  aging, but perfectly serviceable, roomy and clean ‘Eksecutif’ class coach along with a lot of very cheerful ladies, who seemed highly amused by our presence and efforts to explore Java.    The atmosphere was jovial!

The train to Bandung takes about 3hours 20 minutes and the round trip fare, even in Executive Class was just $30.  It is only about 90 miles but Bandung is at 2,500 feet altitude and thus the track goes around , mountains, valleys, crosses rice fields and you get to see Indonesia in a nutshell.  We had rain, bright sun at regular intervals too to add to the variety. 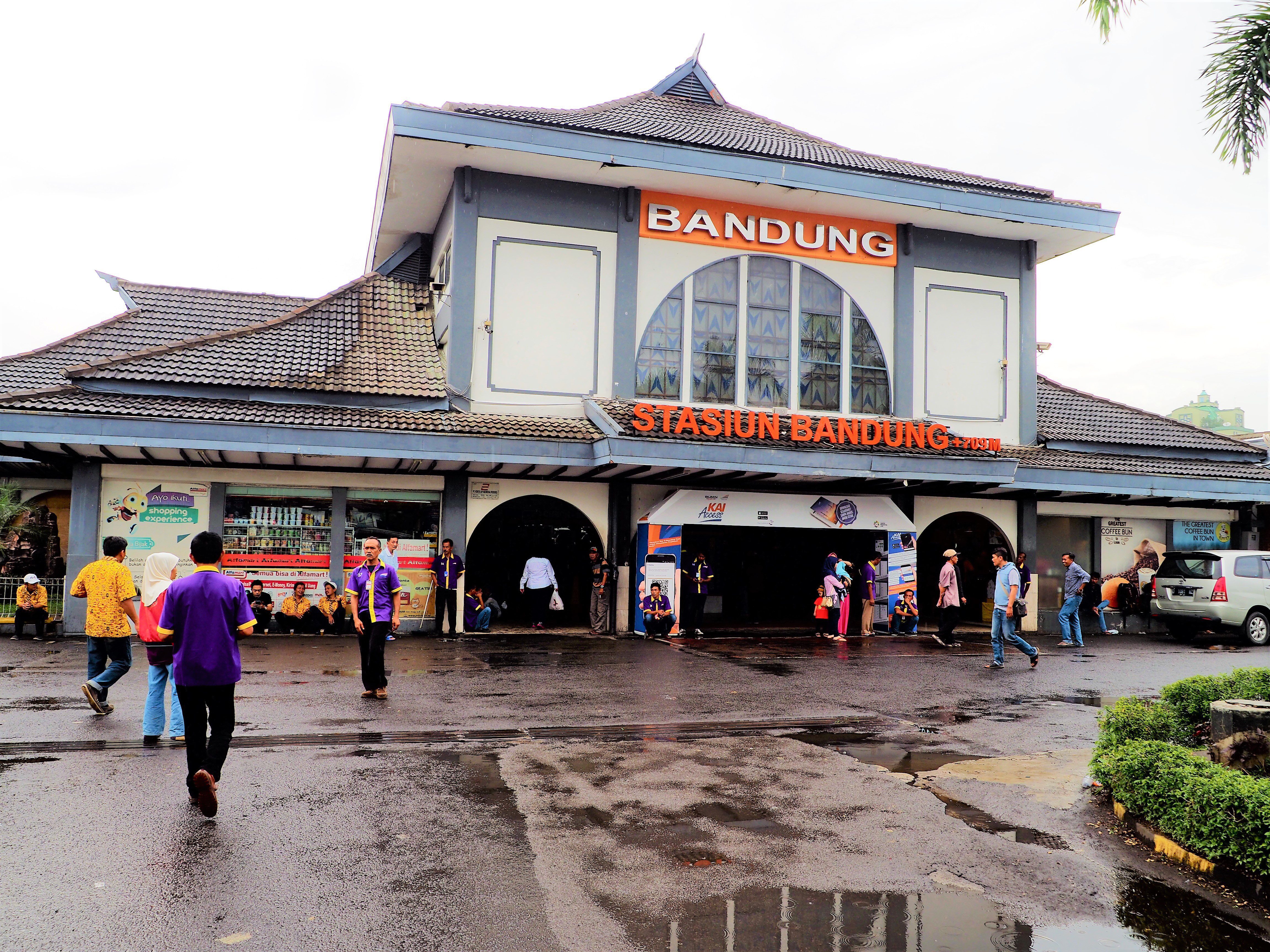 Nice cheap food and coffee was offered as we went along and I came to the conclusion that I would explore more of Indonesia by train given the chance.  During my stay Indonesians were kind and helpful and the place has lots to see and history to explore.

Remember Indonesia with 260+ million people is the 4thmost populated country in the world, has the largest Muslim population and is set to become a an economic powerhouse. It has a mass of islands in its landmass too and so many resources.

Word is that the Indonesian Railways and Government have agreed with the Chinese to build a high speed railway between these 2 large cities, which will surely have a lot of tunneling, so it might be an idea to travel soon to see this great route!

Bandung is a regional center which has nearly been the capital of Indonesia on one or two occasions in its history.  It has good Dutch colonial buildings and Chinese examples too.  But my goal was to take a short taxi ride (would have walked but was tropical storm!) to the Bandung Conference Museum.

Read about the Bandung 1955 Conference here.

It is small, original and meaningful and for me so well worth while!

Bandung railway stations is unusual, and I hope that the photo’s show it, in that it is seemingly built in a garden – or at least that is the way it feels.  Suddenly a locomotive peeks around colorful bush.  Our evening train left on time and headed downhill in the evening sunlight delivering us back in Jakarta after a fulfilling day! 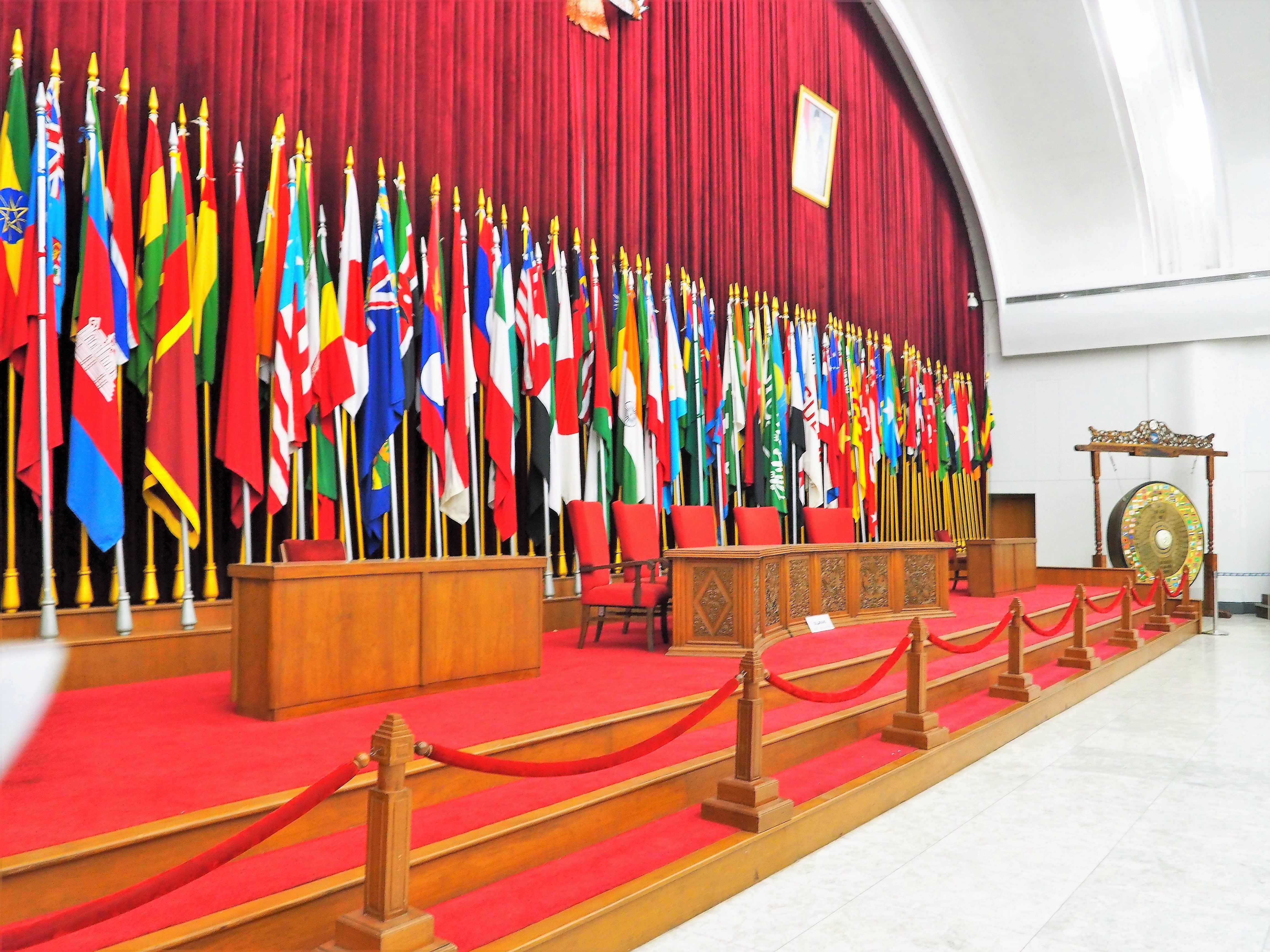 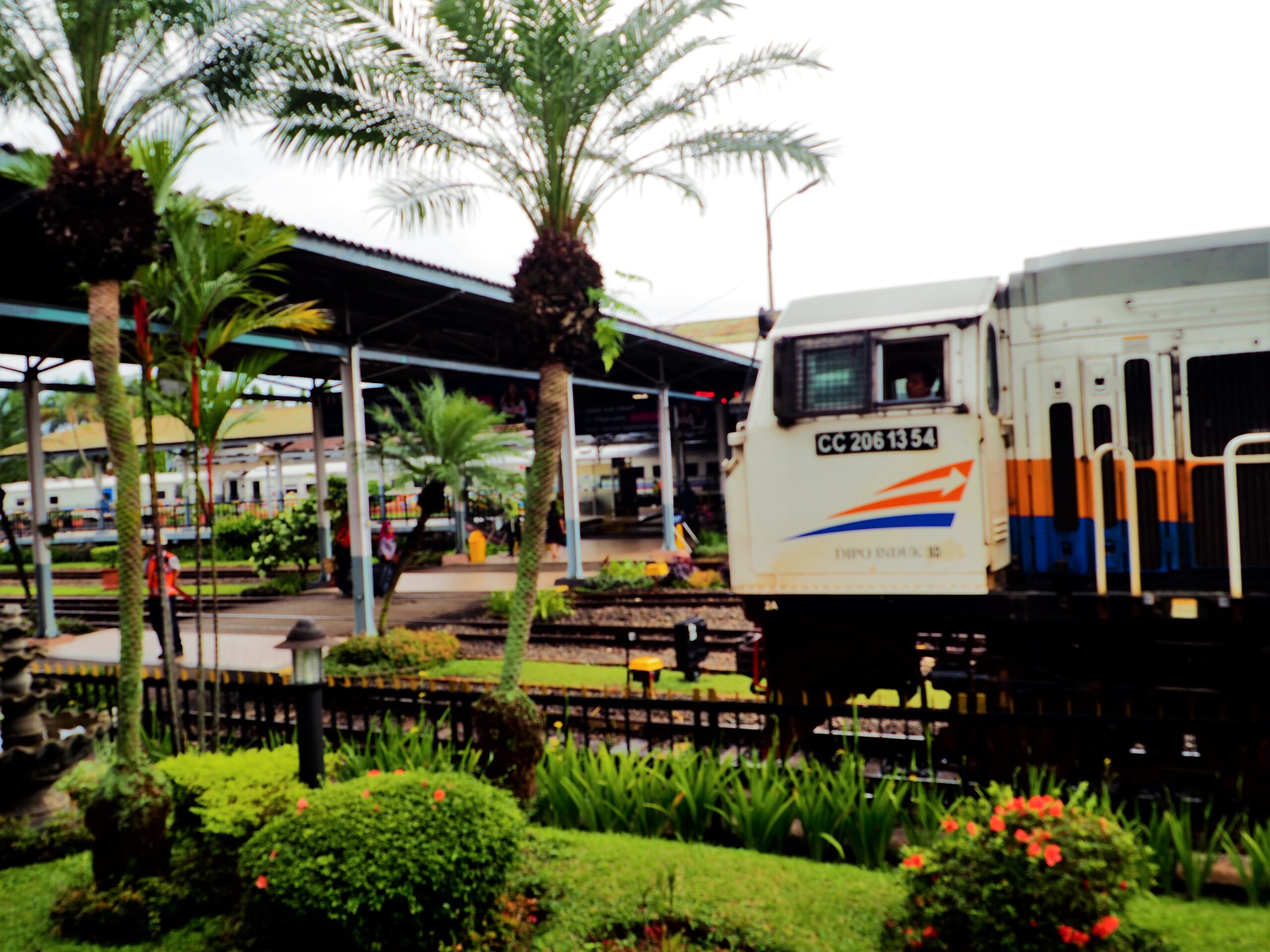 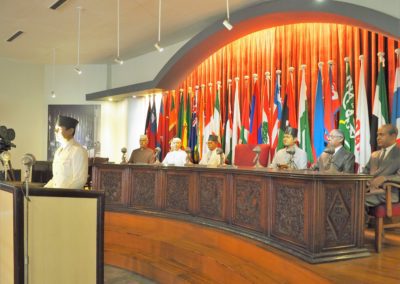 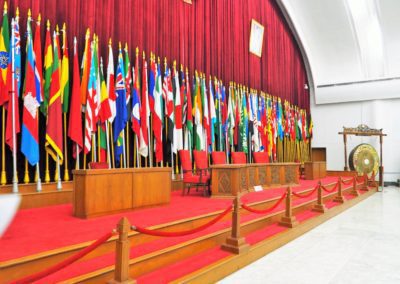 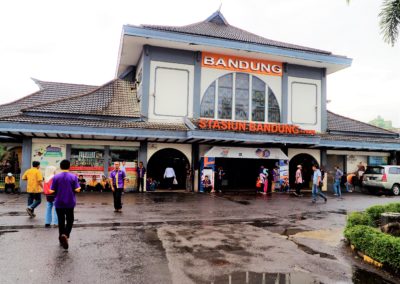 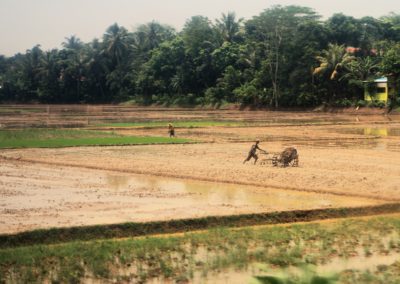 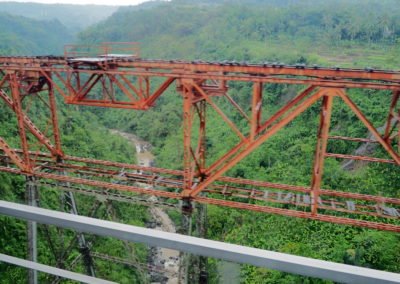 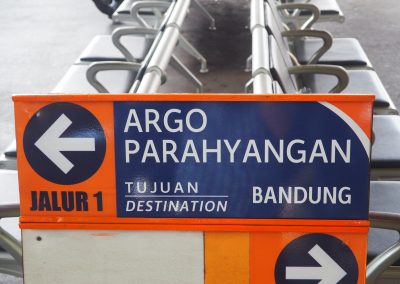 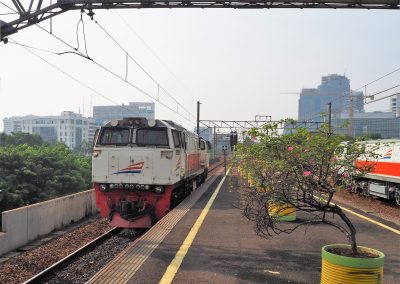 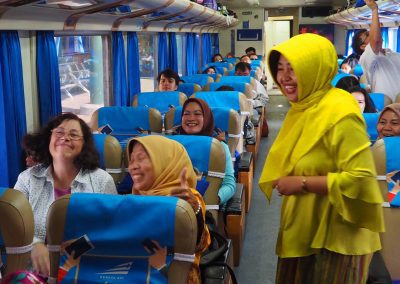