Shimla, India : Back in Time 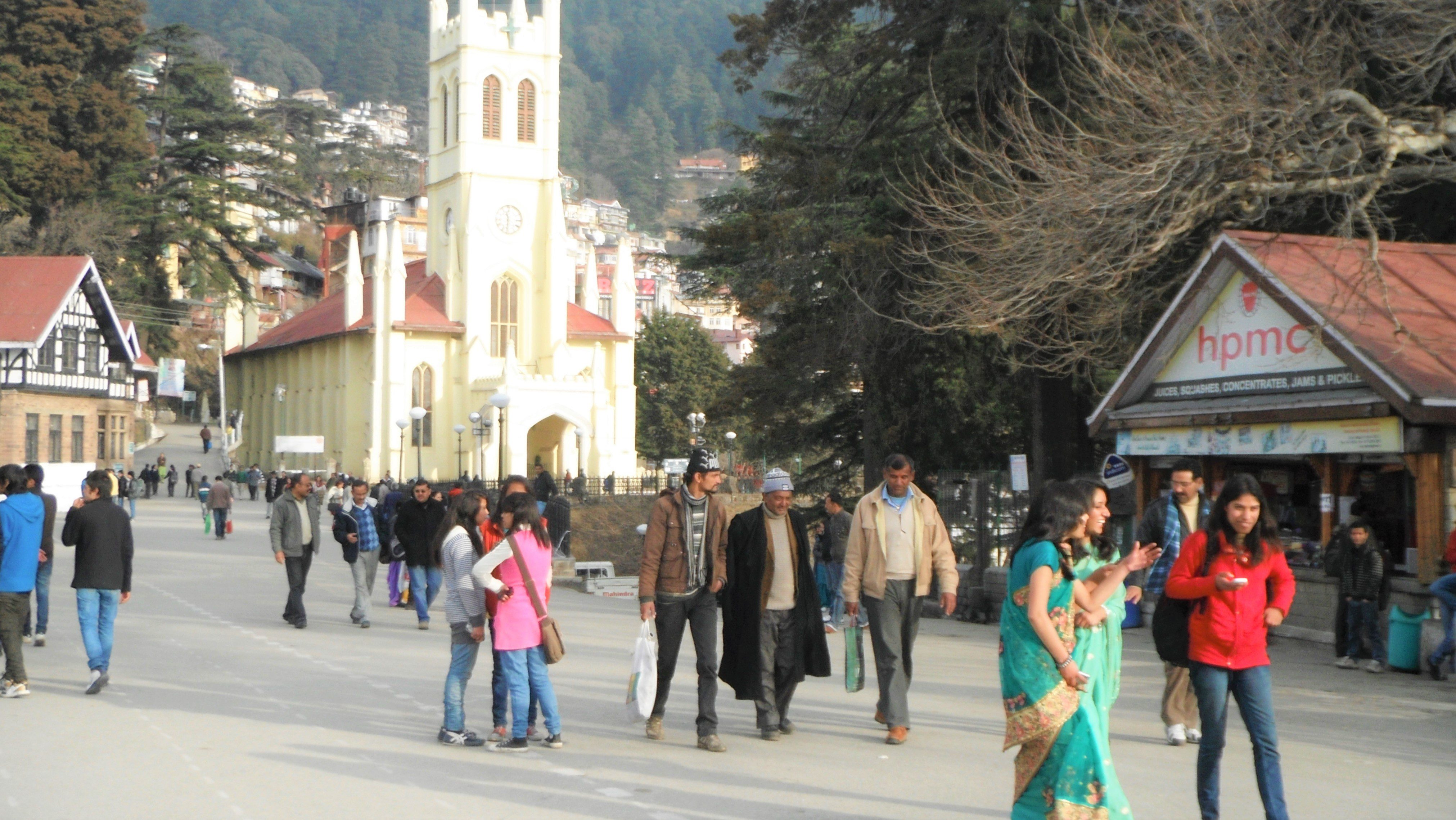 Shimla is perhaps the British Colonial Resort in India.  Set in the cool (and in winter darn right cold), foothills of the Himlayas it is a 7-8 hour journey from New Delhi by train, but you end up in the Indian Independence pre 1940’s era, when you do actually arrive.  It is a step back in time.

One of Indias Hill Railways

The journey on one India’s greatest mountain railways, which is narrow gauge, is dramatically scenic but not for the feint hearted.  (It has to be noted that there have been serious derailments).  It is also 4-5 hours long, (you will have had to change at Kalka), in small, pretty basic and compulsorily reservable seats.  Nowadays though, Shimla is a popular holiday destination for Indians and it is an important honeymoon resort too, so it is easy to engage with local people also excitedly looking forward to arriving in Shimla.

Here in the mountains was the town where the British Colonial Government and importantly, British ‘society’ would retreat to in the summer.  Escaping the heat of Delhi.  So it was a town of parties, Gin & Tonic and recreation.  Visit the Musical Hall and view the Gilbert & Sullivan memorabilia from the 1900’s.  This was classic ‘little England’ life, reproduced in India.  The Church on the promenade could be from any English town.

(Brit’s like me cringe nowadays,  at the blatant insensitivity towards the local environment and culture.  Yet I think I could have got used to cricket, tennis, drinks and soirees – had I been born a few generations earlier).   It is though, history now, albeit still with important consequences  dictating some events today.

This was the town where important meetings took place as the inevitability of the specter of Independence became real.  Gandhi would meet Lord Mountbatten here and the wonderful stately homes can still be visited and explored.   The course of Indian independence that led to the carnage of the divisions with Pakistan were sealed here.

My favorites were tours of the Viceroys Lodge complete with photographs of the 1940’s which gives a taste of the governing lifestyle, the Music Hall, tea at Clarkes Hotel.

Little known fact: Shimla is situated on top of a steep ridge.  A continental divide, so if you step one way the water drains to the Ganges and the other the Indus….well, I found that fascinating anyway!

If you are interested in Indian and British history and trains you will love Shimla and the journey there! 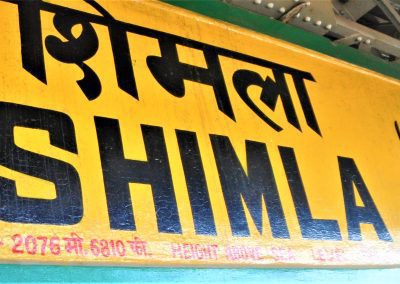 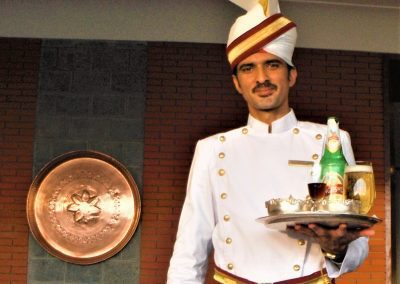 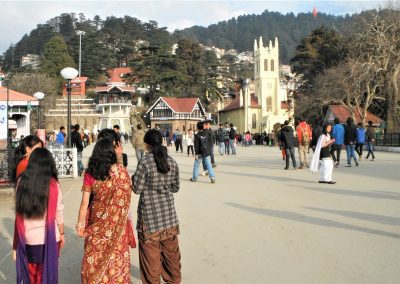 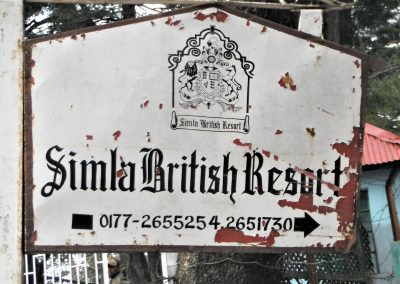 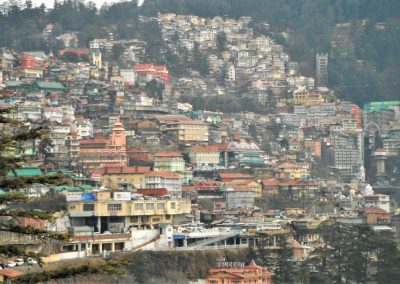 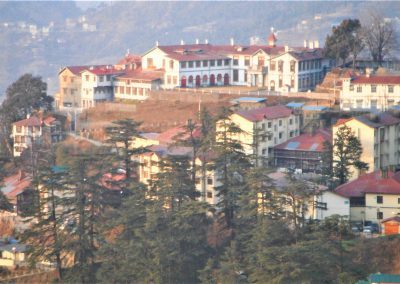 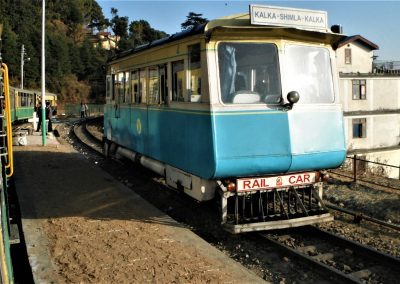 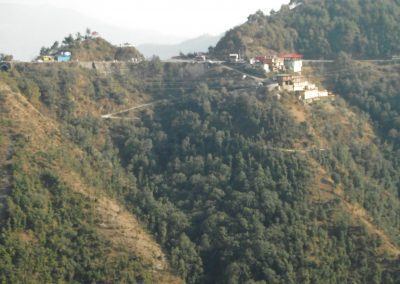 Clinging to the edge` 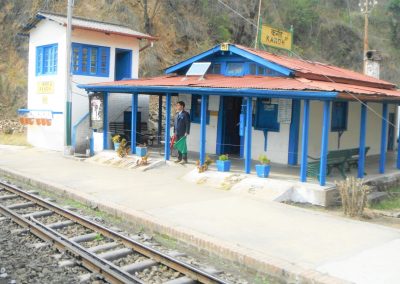 Railway Operations from years ago 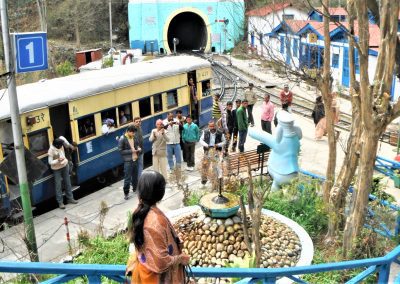 Time for photo of an odd statue 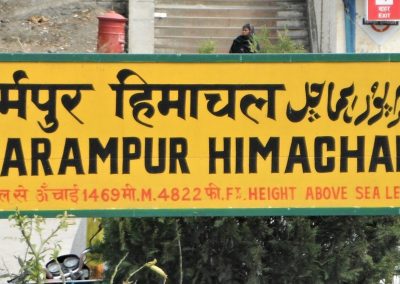 Climbing up the Himalayas! 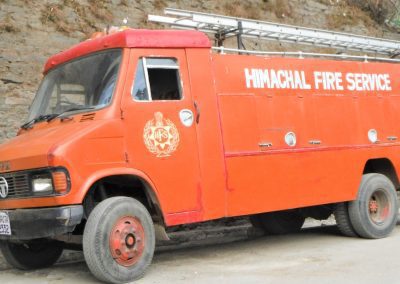