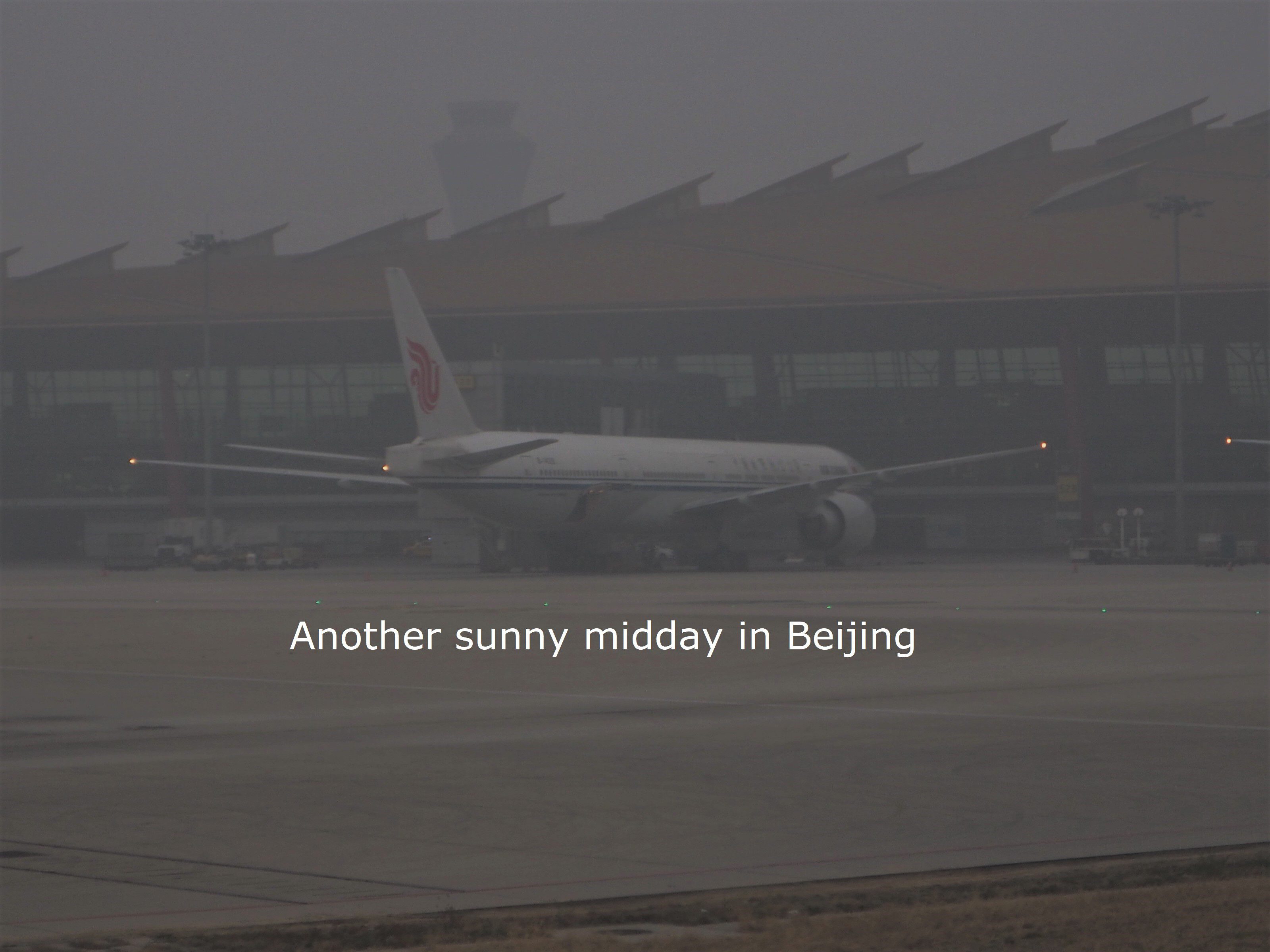 There is a lot of talk about Climate Change, Nationalism and Isolation in last few weeks.  Well, here are my observations of 4 days this past week, (brought about by a convoluted set of meetings).

Roar of the engines, nose up, clunk of wheels retracting.  I’d nearly landed in Warsaw, having descended out of a sunny sky, a few hundred feet up into dense fog.  Diverted to Poznan.  On the 4+ hours bus trip in thick fog/smog back to Warsaw I learn from a young Pole that this smog is getting worse – annually.  He pulls up an App with a map detailing pollution hotspots – its covered with red circles all over his part of Europe.  Cause: continued use of brown coal, as used across the former Eastern Bloc, worsening pollution, as development gathers pace.

(Note March 2019:  Whilst not notable at the time this flight mentioned above from Heathrow to, originally Warsaw, was on a 737 MAX).

Pollution in a Really Clean Country!

Next stop Seoul, South Korea.  Here a haze filters out the sun.  In this high tech, fastidiously clean society the locals place the blame on pollution coming across the nearby North Korean border, from China.  Their own actions to combat pollution are substantially futile when done in isolation.

Again, bright and sunny until the last few feet into Beijing.  (The problem is we all live in those last few feet!).  On leaving the plane you can smell it.  By darkness Beijing City was eerily engulfed with smog, people scurrying around to get into cleaner home air, faces covered in masks and scarves.  Next day I learn from the paper that it was worst day for a couple of years and the reading reached 344 Wotsits  The normal max is supposed to be 75 Wotsits.  Depending on research reviewed,  the average Beijing-er has life shortened by 3-10 years now, along with many other social and health consequences.   This even as the situation is probably stabilizing, somewhat, as it’s a political issue in China now amongst younger folk, and external (eg Olympics) pressures.

Whether its pollution,  climate change, water resources, disease control, migration and employment, drug control, financial laundering, sea pollution and so on, the solutions are global and neither isolation, nor nationalism will not solve anything.

Central Warsaw in the gloom and and a less than clear view over Seoul.