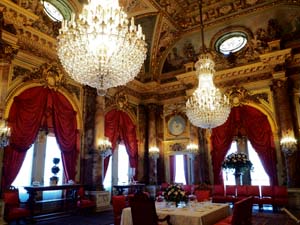 Christmas at The Mansions 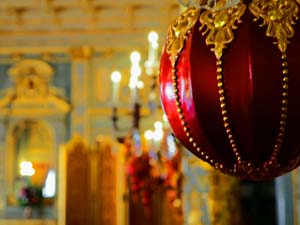 New Year in Newport, Rhode Island.  Known for its sailing, America’s Cup and the Tennis Hall of Fame (which is actually open year round) Newport proved to be a surprisingly easy, interesting and active winter break.  Not all the famous Mansions are open  but 4 were, including The Breakers, and of course they are lavishly decorated for Christmas. Additionally you may run across a seasonal concert or exhibition.  Mark Twain christened it ‘The Gilded Error’ – he did not mean it in a positive manner apparently.

The Mansions, often inhabited for just a few summer weeks each year present a life so detached from the reality of most.  What struck me the most though was the very short active lifespan of the Mansions; some were build in the 1860’s but several not until 1890’s and the fuel which created the massive wealth was cut back in 1913 when that thing called Income Tax was created.  After that a steady decline of the lifestyle began.  In the post war years many of the Mansions were nearly levelled but thankfully we learnt the value of history just in time to save them.  And what an education and insight into a brief era they are.  On a practical note you are best to buy a Pass for several of them and of course in winter it costs less!

A short drive from Newport is another town connected to the sea.  New Bedford , which was the main Whaling town in the USA.  There is a large Whaling Museum in the towns Whaling National Historic Park which to do justice to needs around 4 hours to visit.

This part of America is of course in the aptly named New England.  I was thrilled to discover that the main business owner in the town 150 years ago was a man called Jonathan Bourne.  Thing is, I was born in the town of Bourne, Lincolnshire which is but 25 miles from Boston….Lincolnshire.  So whilst I have not worked out where Jonathan’s relatives first came from I went away, pretty certain, that only a century or so separated my family and his being neighbors.

I love visiting places out of season, avoid the crowds , when people will chat to you, whether in shops, restaurants or the old, large Methodist Church we went to and enjoyed a coffee and chat whilst we learnt about local life.  There is much to see in Newport year round and New Bedford, Providence and even Boston are not far away. 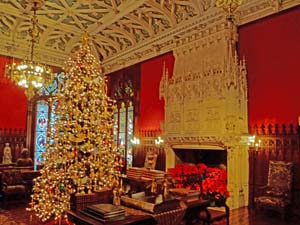 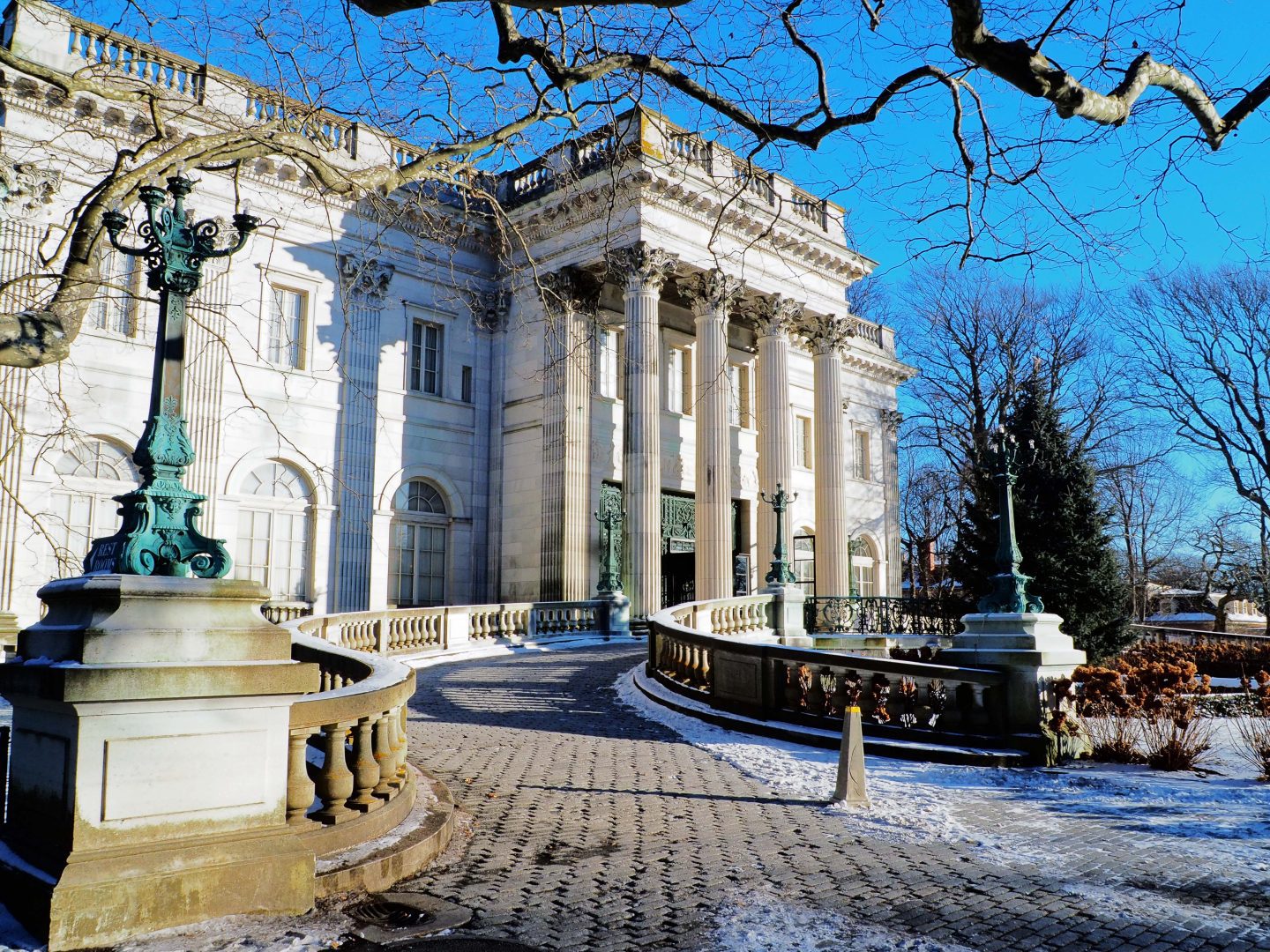 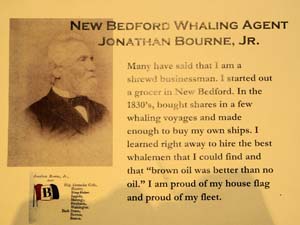 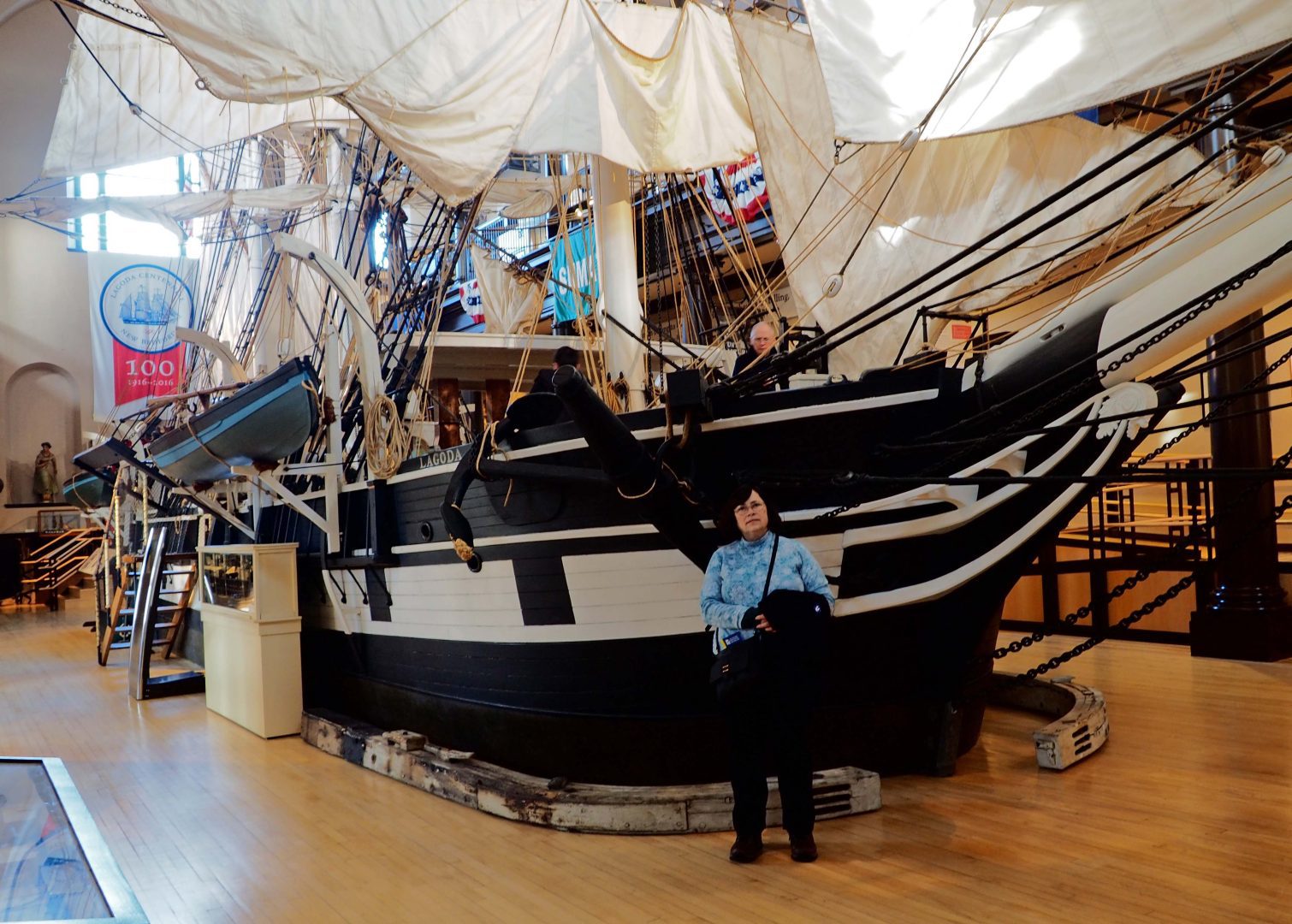 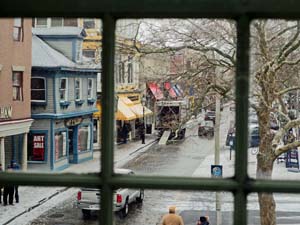 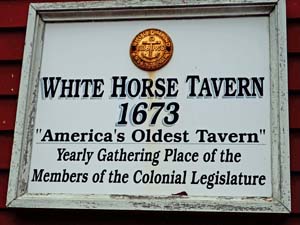 Newport center itself has a variety of places to eat and different Pubs.  Amongst others The Wharf on the waterfront had a great selection of local ales and The Black Pearl (and its Chowder)  is the popular place to eat.  There is a small, but interesting (donation only) Town Museum worth popping in as you explore the town, keeping an eye out for the many historical buildings near Washington Square especially.  One evening we went to the movies at a wonderful old thearter; a big screen and not sub divided, where you can have a sophisticated glass of wine in the foyer.

Stroll around the streets just out of the center and notice the older homes, call in at the Tennis Hall of Fame (it was under snow the day I went but still you could see a quaint Victorian style Tennis Club 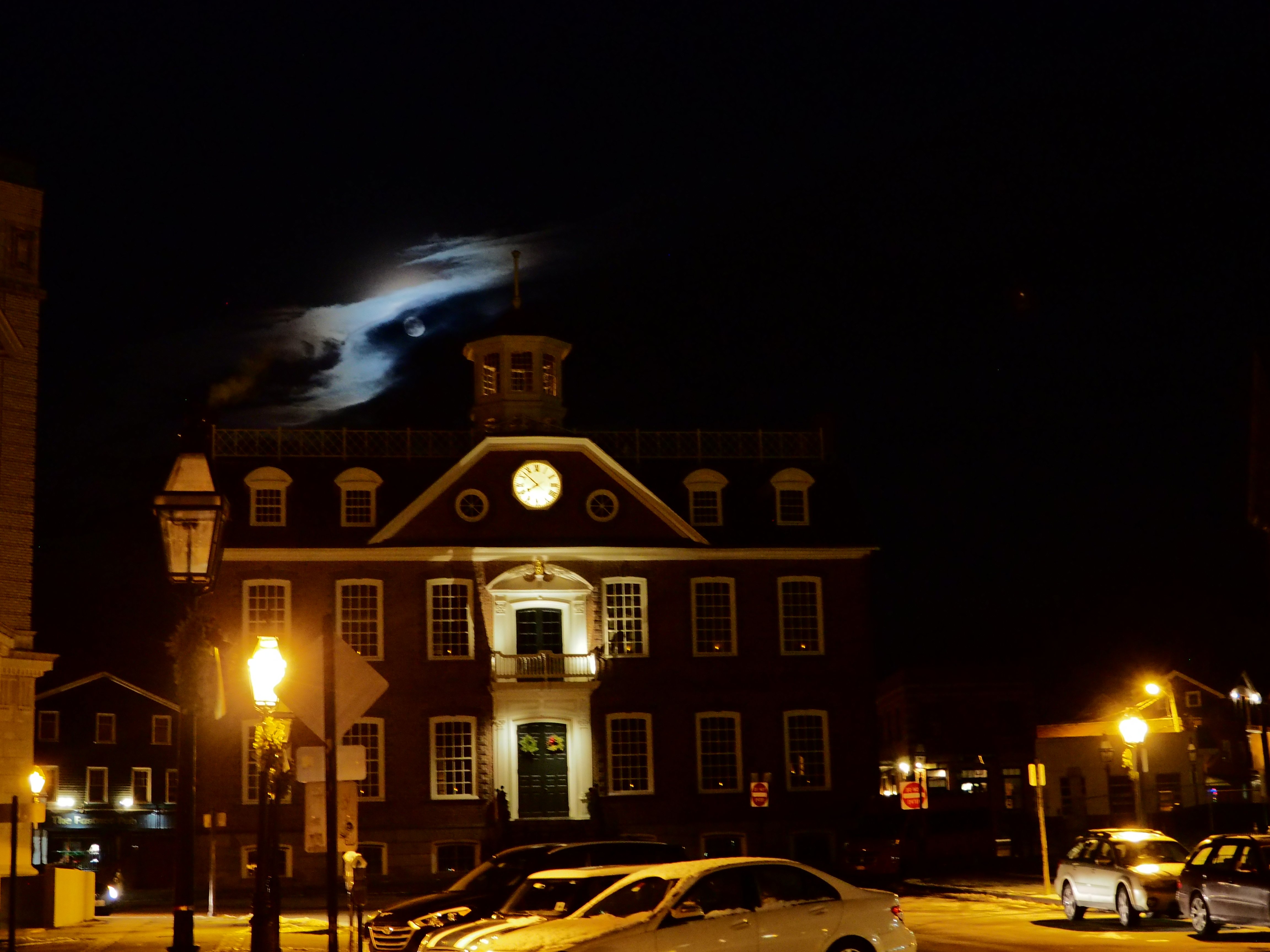 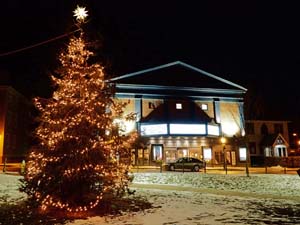