Berlin - Lest We Forget 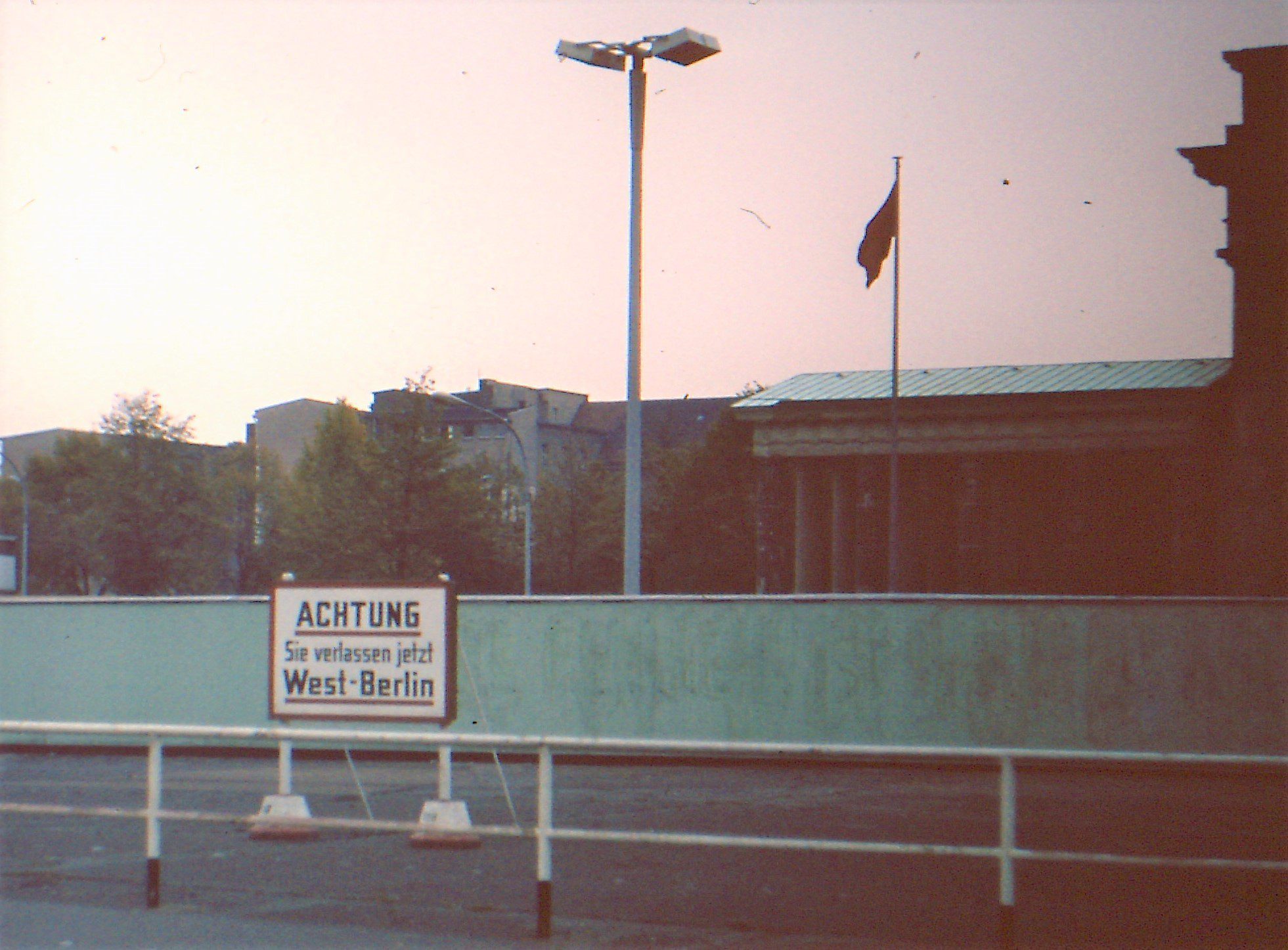 Photos taken in 1981 and then again in twentieth century.  The Berlin Wall behind the Reichstag and ominous Checkpoint Charlie signage. 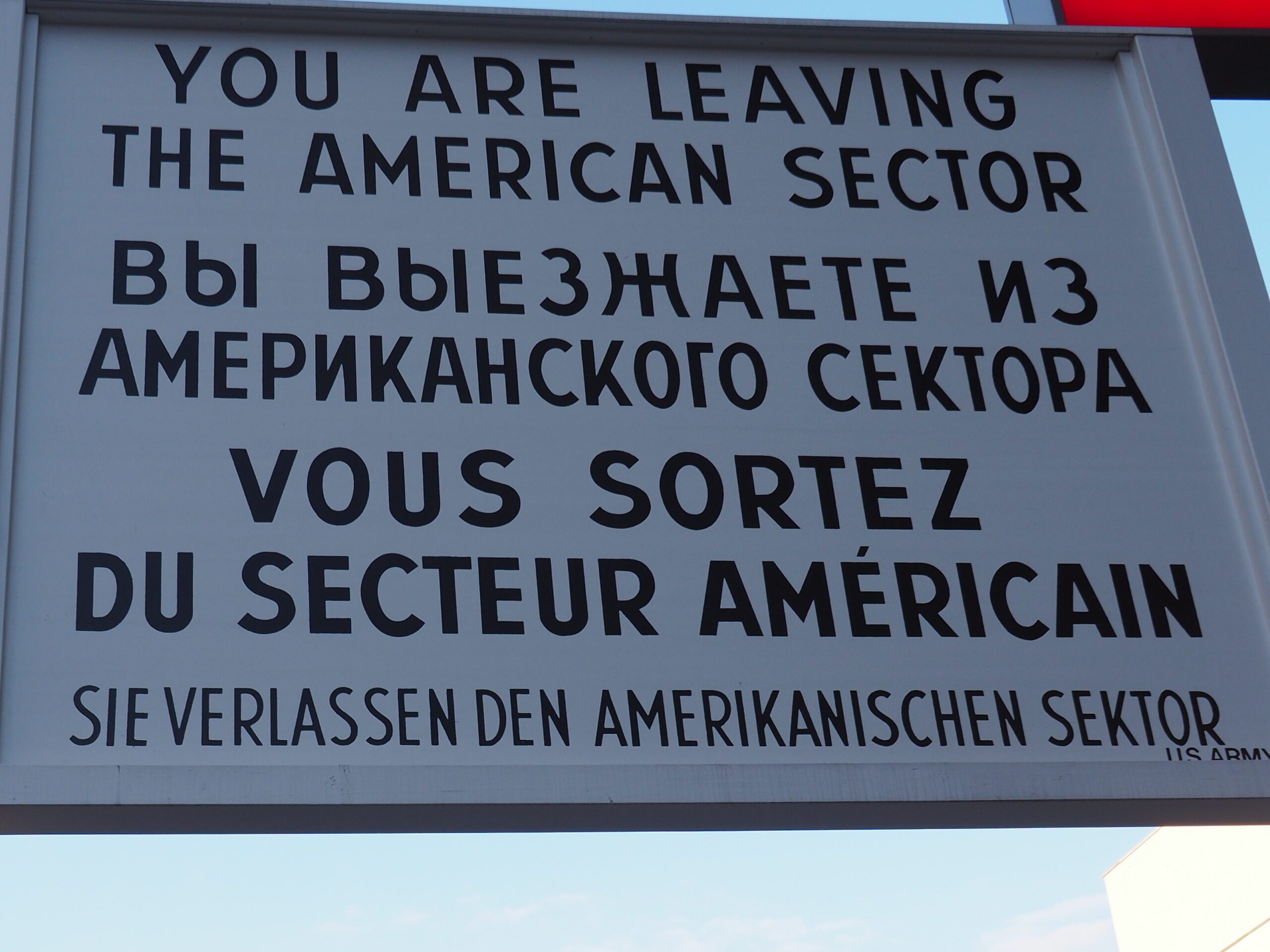 I had the good fortune to make the effort, with a couple of friends, to go to Berlin in the 1980’s.  Staying in a youth hostel and then getting a short term Visa to go across to East Berlin for a day.

I vividly recall peering over the Wall from a viewing stand at the back of the Reichstag.  I remember walking around the west side of the Brandenburg Gate and peering underneath it.  I starkly look back on my time in the queue at Friedrich Strasse Station, the search, the East German Soldiers and guards, the mirrors and soldiers with guns and dogs on walkways in the train shed.

My friend today recalls that trip ” I have memories of long leather coat clad men watching us going through an underground checkpoint, the drab surroundings of the East, a bookshop with, it seemed only political books”.

We wandered around a bleak Alexandersplatz, hoping to be able to spend the East German Marks we had to convert.  We failed, there was little on offer.  It was exciting though to see the East German, no doubt USSR built, steam locomotives operating.

When I visit today, I look at the soldiers aerial walkways, still visible at Friedrichstrasse Station, when on the S Bahn.  I have walked under the Brandenberg Gate – something I doubted could ever be done.  I mostly stay in a hotel, The Park Inn, actually on (the still bleak) Alexandersplatz.  (Rumour is that this building was occupied as offices by the Stasi, East German Secret Police).

To me it is still remarkable to visit a ‘non walled’ Berlin..

History to be Remembered

To many Germans and Berliners it is a time rapidly disappearing into the, hopefully not unread, history  books.  Late in 1989 my daughter was born in the November,  and so I recall that revolution of hope, well. Time, and the fact it is difficult to envisage a whole city, country and world divided by a wall means that it is easy to forget the awfulness of the whole era.

That could be dangerous.

So many of my visits and suggestions do focus on that time and how it is memorialized.

First though I simply suggest walking.  Wander around the area both sides of the Brandenburg Gate, up and down the Unter den Linden Avenue, walk to the Reichstag, the nation’s Parliament now and remember that the River Spree behind it was the border.   There is  a footpath along the River Spree and you go near the Presidents residence, Bellevue Palace and others (note it is a long but interesting walk).;  On the island where the Berlin Cathedral is explore the buildings and the various galleries and museums nearby.   The Wall remains can be seen in a few places, perhaps one of the best is near the Warschauer Str Station on the river bank where it extends quite a long way still.  The Oberbraun bridge is there also and unusual.

The Kaiser Wilhelm Memorial Church, in the main shopping area on Kurdurstendamm bares the dramatic scars of bombing raids and is worth seeing.  You can also see it from the main S Bahn route east of the main Hauptbahnhof.

Legs ache; then take the above ground S Bahn across town, from the east end (Alexandersplatz, Ostbahnhof, Ostkreuz) to the west side (Zooogisher Garten Station).  Look out for the Telefunken Tower, Friedrichstrasse Station, parts of the Wall, the multi level Hautbahnhauf you pass through, the iconic preserved broken town Kaiser Wilhelm Church.  Look out for the new buildings in gaps caused by WW2.  Travel back on the circle S Bahn and you will see the heartland of what was East Berlin; pass the famous Air Lift air field of Templehof.  Many noble and some not, buildings to ponder.  Venture on the U Bahn to the 1938 Olympic Stadium of Jesse Owen fame.

Hungry?  There are so many eating places, look under the railway arches at Hackescher Market  for the Brauhaus Lemke if you are looking for solid German fayre!

The various CityTourCards, include some Museums as well, so check out he latest inclusions.  As for Museums heres a few,below, I think worth seeing.

Try and read up about a bit of Berlins history and its time during the Wall.  The Berlin Airlift is a remarkable specific period too.  Also look for pre WW2 photos of Berlin and the grand buildings long destroyed; especially what was Alexanderplatz and is now mostly concrete!

Buy a Berlin City Tour Card : it covers the S and U Bahns, buses and some discounts to interesting Museums

Spend a bit of time planning your time in Berlin.  It is quite a big city and it’s a good idea to group visits. 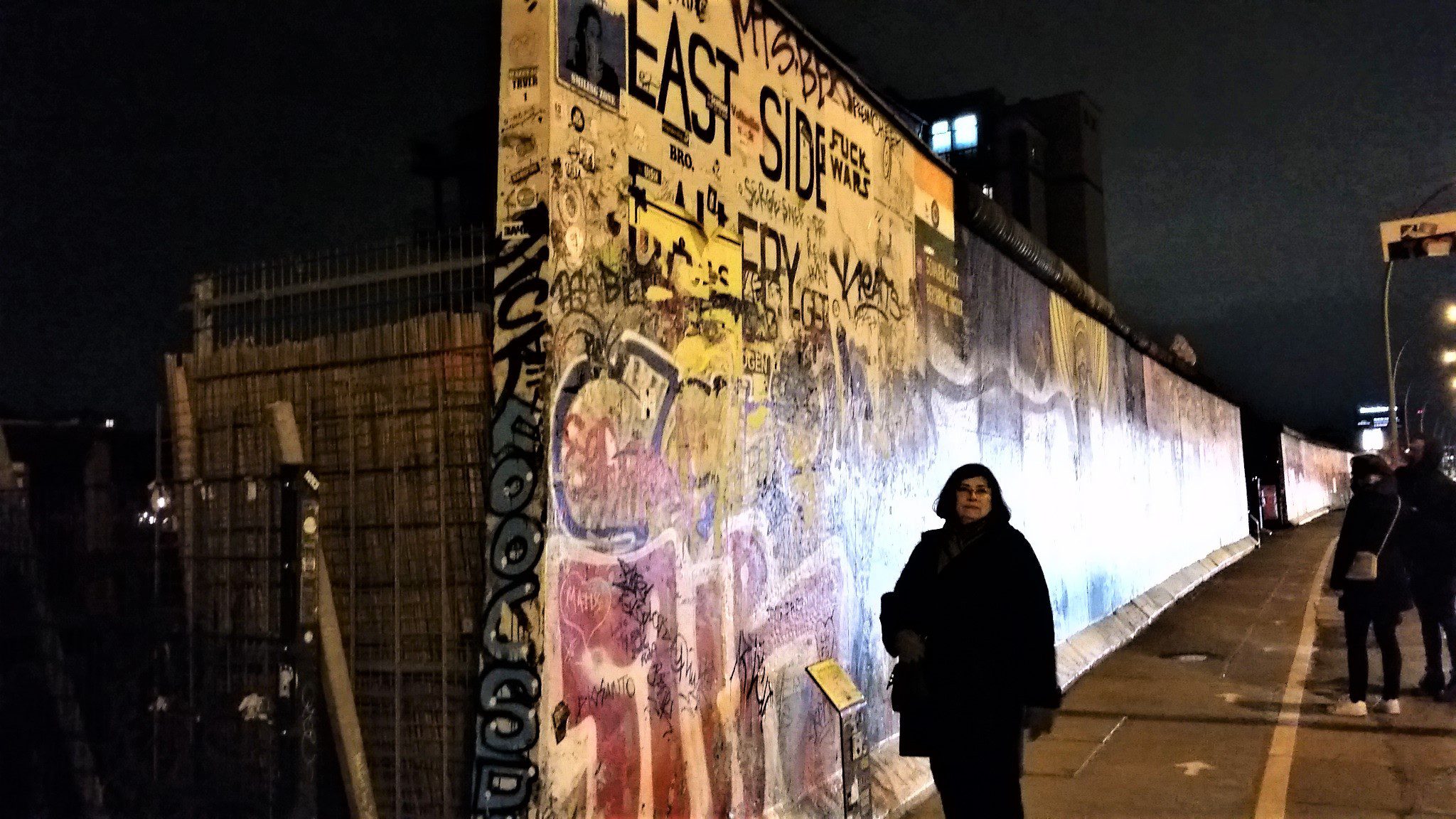 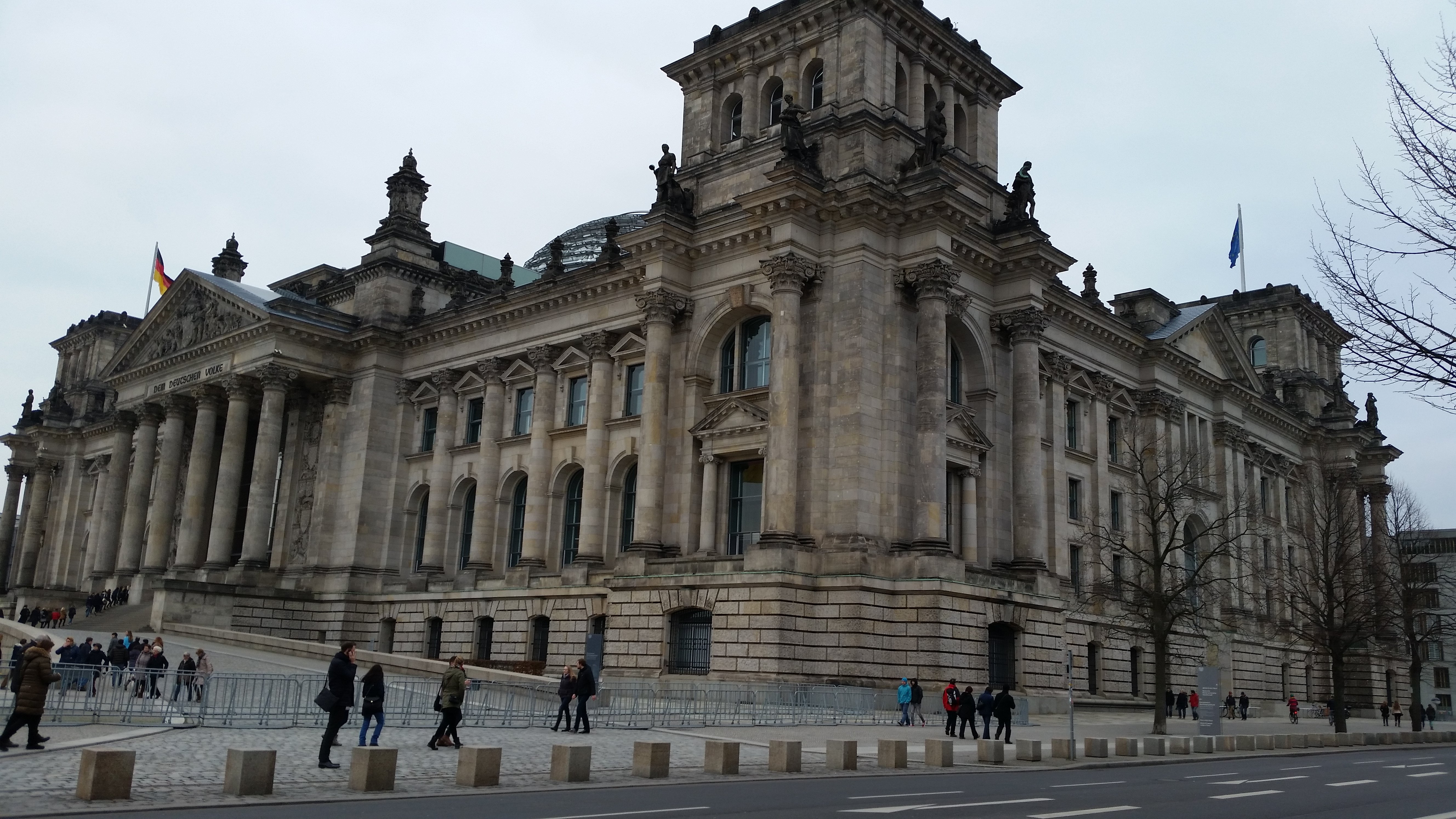 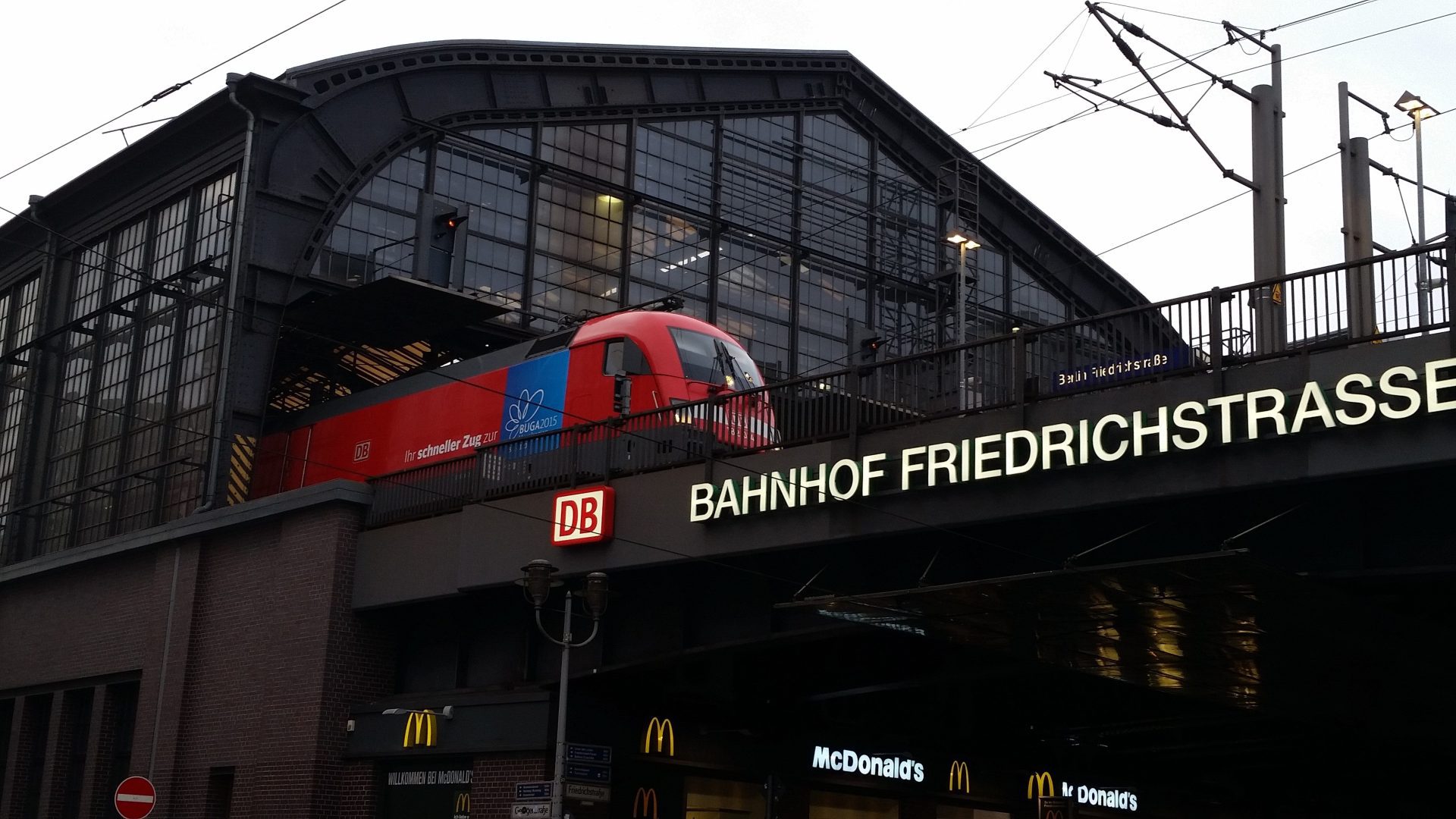 A word on travel.  If coming by train whether you arrive at the main Hauptbahnhof, Berlin Ost or Sud you’ll find excellent rail, U Bahn or S Bahn connections (as ever am assuming you are travelling fairly light!).  By air from Tegel Airport you need to get a bus to one of the nearby stations or the city centre.

Very un German like, a new airport is way, way behind schedule but will surely open soon and relieve the crowded Tegel and Schonefeld.